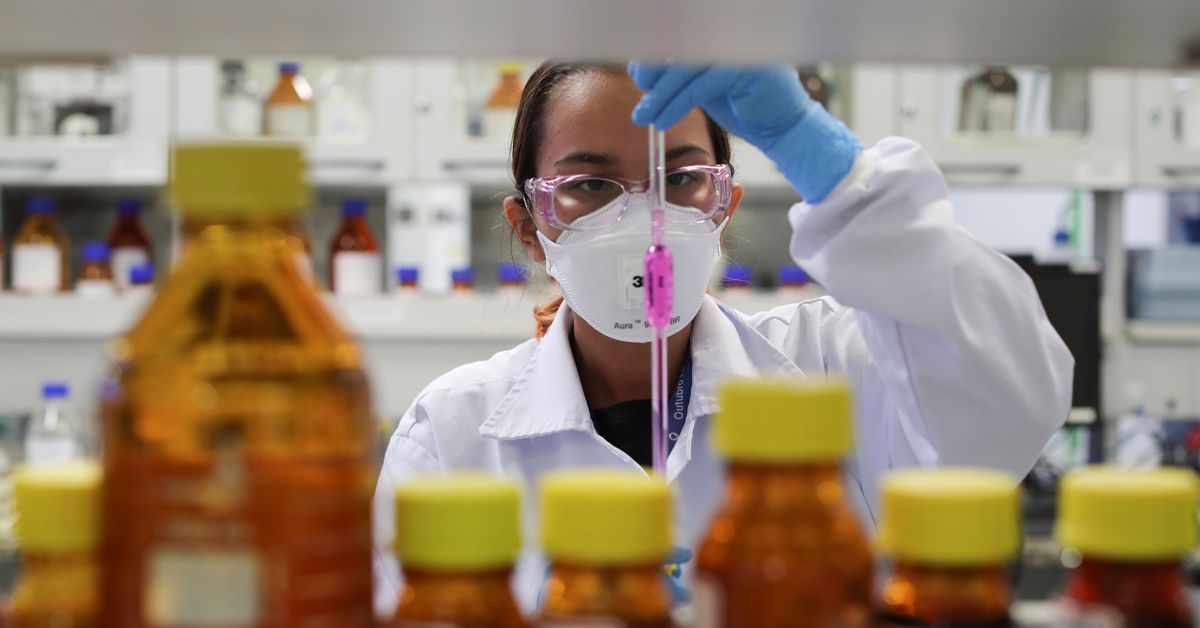 An employee works at the control of quality lab where the Sputnik V vaccines against the coronavirus disease (COVID-19) will be analyzed at Brazilian pharmaceutical company Uniao Quimica in Guarulhos, Brazil May 20, 2021. REUTERS/Amanda Perobelli

BRASILIA, July 29 (Reuters) – Brazil plans to cancel a contract signed in March for 10 million doses of Russia’s Sputnik V coronavirus vaccine, Health Minister Marcelo Queiroga said on Thursday, as the South American nation struggles with one of the worst outbreaks in the world.

Queiroga said the move was due to lapsed deadlines in the registration process with Brazilian health regulator Anvisa.

He added that Brazil’s national immunization program does not currently need the Russian vaccine, though that could change if Anvisa licenses Sputnik V.

The agreement to import the 10 million doses was signed with Brazilian pharmaceutical company Uniao Quimica (UQFN.UL), which is also planning to manufacture the vaccine locally for export to neighboring countries where Sputnik has been improved.

But the contract required emergency use approval by Anvisa, a process that has stalled because Uniao Quimica has not provided necessary data on the vaccine, the regulator said.

Sixteen Brazilian state governments requested permits to import the Russian vaccine that were approved under a set of conditions that included testing in Brazil. Anvisa said only four of the states agreed to the conditions.

The Russian Direct Investment Fund, which markets the vaccine developed by Moscow’s Gamaleya Institute, and Uniao Quimica did not immediately respond to requests for comment.

Queiroga spoke at a news conference where he also announced the definitive cancellation of a 1.6 billion-real ($316 million) contract for 20 million doses of Covaxin, the COVID-19 vaccine made by India’s Bharat Biotech. read more

He said the contract was null and void because Anvisa had not approved the vaccine and Bharat terminated ties to Precisa Medicamentos, its Brazilian representative and intermediary.

Federal Police and the Senate are probing the Bharat deal over accusations of irregularities. Precisa denied the allegations in a statement on Thursday, while Bharat has repeatedly said the deal followed the law and common procurement practices. read more

Brazil has reported about 20 million coronavirus infections and more than 550,000 related deaths since the pandemic began, though daily deaths have declined by more than half since hitting a peak in April. The country has the world’s second-highest COVID-19 death toll after the United States.