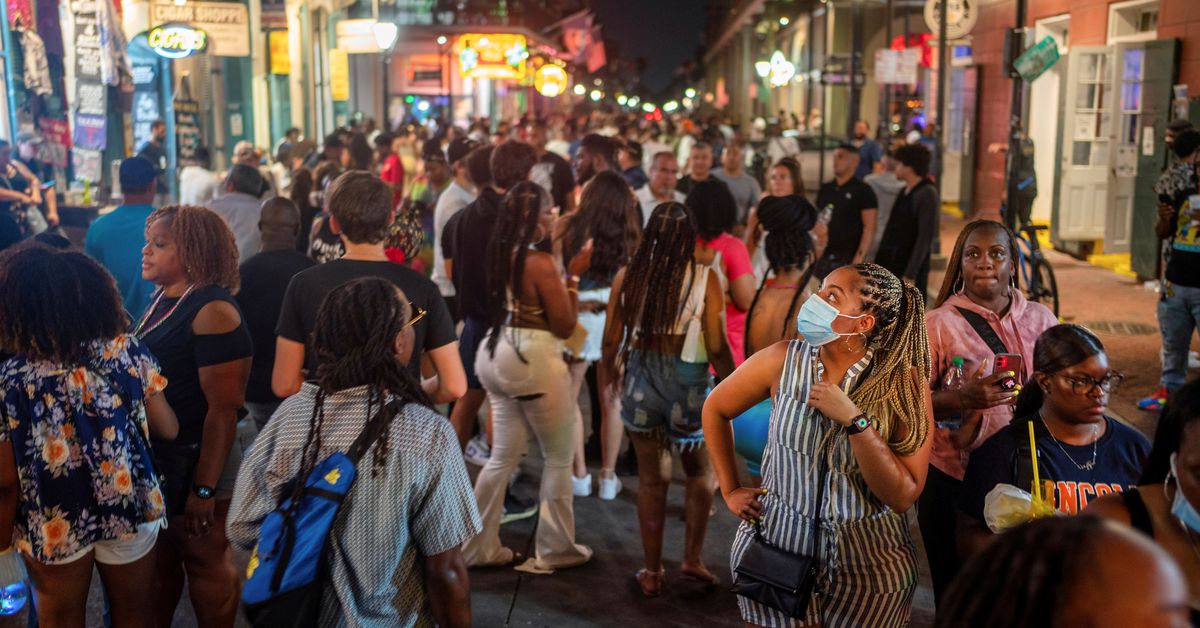 NEW ORLEANS, Aug 4 (Reuters) – Low vaccination rates and the more infectious Delta variant are converging to create a new COVID-19 crisis for Louisiana as the United States and the world face the latest stage of the pandemic.

Thomas Madden said his 13-year-old son, Gabriel, was fighting back. Madden brought Gabriel to the Lakeside Shopping Center in a New Orleans suburb this week for a vaccine at a site run by Ochsner Health System, Louisiana’s largest not-for-profit provider.

“This Delta variant has freaked my wife out,” Madden said as he waited with Gabriel in the indoor mall just after he received his shot. “But it was really up to him – he wanted to get it as he was getting a little nervous about school starting soon.”

Many people were wearing masks at Lakeside Shopping Center. Last week the Centers for Disease Control and Prevention(CDC) recommended that Americans begin wearing masks indoors in areas of substantial transmission, which now includes most of the country. The CDC cited the quick spread of the Delta variant, which the agency said has lead to COVID-19 likely being transmitted by fully vaccinated people.

Coronavirus cases worldwide surpassed 200 million on Wednesday, according to a Reuters tally. It took over a year for COVID-19 cases to hit 100 million, while the next 100 million were reported in just over six months, according to the Reuters tally. The United States accounts for one in every seven infections, and surges are occurring in Louisiana and other states with low vaccination rates.

Louisiana’s vaccination rate ranked it 47th among U.S. states for first doses given, according to a Reuters analysis of state and county data. According to the most recent data, 43% of Louisianans had received their first vaccine dose and just 37.1% were fully vaccinated. The respective figures for all the United States were 57.9% and 49.7%. (Graphic on U.S. cases and vaccinations)

Dr. Joseph Kanter, the top medical official in Louisiana, said the state, which was at the epicenter of an outbreak early in the pandemic, was “in the worst place we’ve ever been in the pandemic.”

Staffing and hospital capacity are the most daunting challenges in Louisiana now, Kanter said. Even before the Delta variant surge, more than 6,000 nursing positions were open statewide.

Earlier in the pandemic, state officials could count on federal help, or on nurses from other states. Now the staffing hole is simply far too large for the small federal teams available that have arrived to make much of an impact. And Delta is causing simultaneous surges around the country, sucking up nursing resources.

“None of us imagined it could get this bad,” said Ecoee Rooney, president of the Louisiana State Nurses Association.

Rooney said nursing staff are beyond exhaustion, and like those across the country are deeply demoralized to be facing what they know was a preventable surge.

“We have COVID patients who don’t believe they even have COVID, because they refuse to believe it exists,” Rooney said. “We’re feeling the brunt of the frustration and the anxiety about what our future looks like if people don’t get vaccinated and wear masks.”

Kevin Alexander, a sergeant with the Louisiana National Guard, helps run a vaccination and testing site in Louis Armstrong Park in New Orleans.

“It’s been up and down. Within the past two weeks, we’ve been hitting 500 tests a day, compared to 250 a day a few weeks before,” Alexander said.

Late on Tuesday afternoon, he stood guard over a deserted parking lot where the vaccinations and testing take place. On Wednesday morning he also saw little traffic.

Vaccination rates vary county by county and state by state across the United States. Kaytlyn Byers, 32, was visiting New Orleans this week from Pennsylvania, where 65.9% of the population had received at least one vaccine dose and 52.6% were fully vaccinated.

Byers, who had been vaccinated months ago, said she had not realized Louisiana was a Delta hot spot.

“We were shocked that they reinstated a mask mandate and that it went into effect today,” Byers said while standing on Bourbon Street with a drink in her hand. “We were sure the rules here in the South would be more lax than back home in Pennsylvania.”

Festivities were at full tilt around her on Tuesday night on the Big Easy’s famed street, which eternally smells like yesterday’s party baked in today’s hot sun.

Byers said she knows people who have been vaccinated and still contracted a breakthrough COVID infection. She said she planned to be careful and mostly stay outdoors for the remainder of her visit.