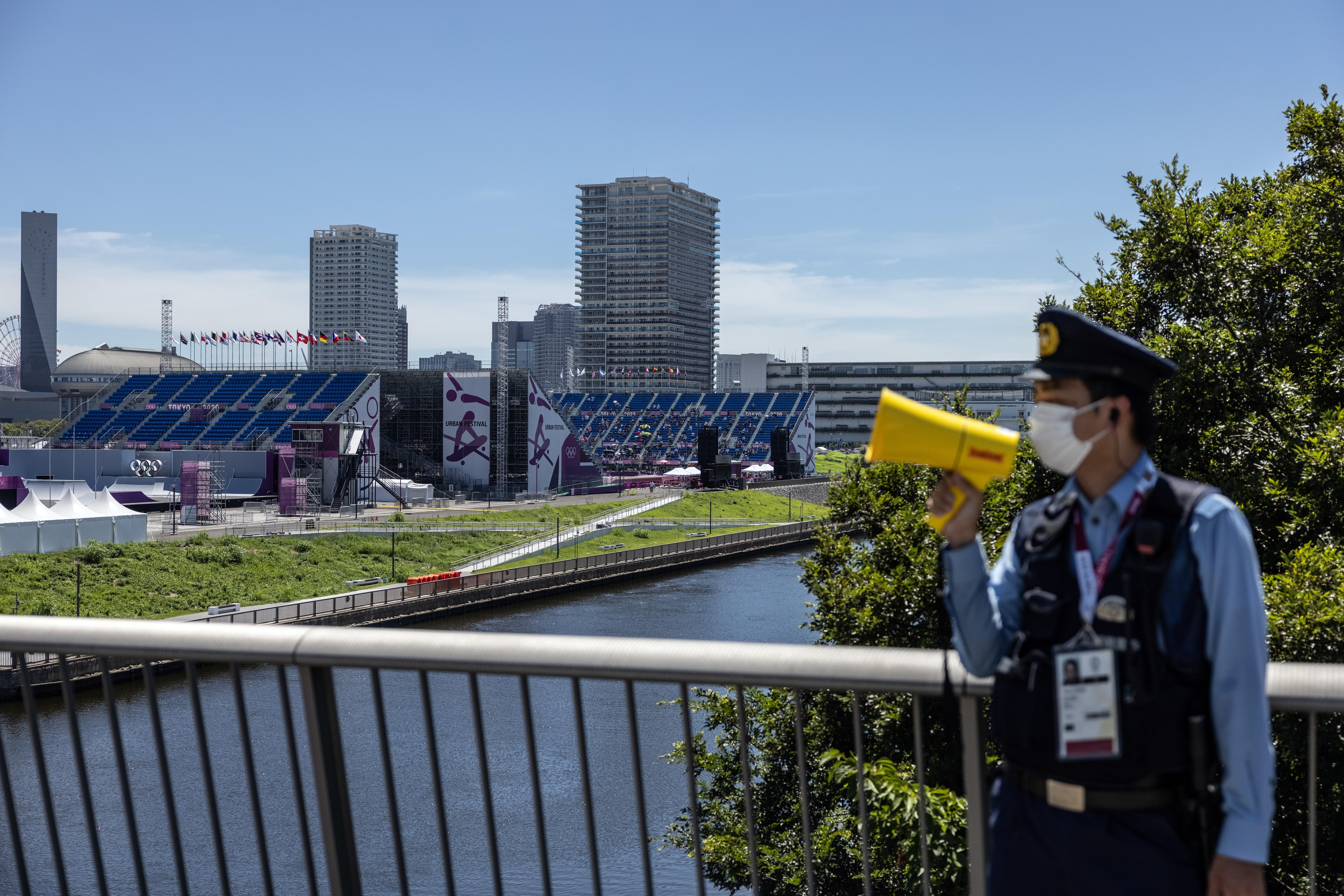 While the world has eyes firmly on Tokyo during the Olympics, the Japanese capital is seeing a sharp surge in COVID-19 cases. Tokyo reported 5,042 new COVID-19 cases on Thursday, a new record since the start of the pandemic. Experts fear the number could double in the next two weeks as the Delta variant contributes to a rise in infections “unseen in the past,” Health Minister Norihisa Tamura said. Faced with overwhelmed hospitals, the government is asking patients who have milder symptoms to isolate at home. “The pandemic has entered a new phase,” Tamura said.

Amid the rising cases Japan expanded is emergency restrictions to areas where more than 70 percent of the population lives. “We need to tackle the situation as we now have a stronger sense of urgency,” Prime Minister Yosihide Suga said as daily COVID-19 cases in Tokyo passed the 5,000-mark for the first time. “The infections are expanding at the pace we have never experienced before.” Suga has been under heavy criticism for choosing to go ahead with the Olympics but he insists there is no evidence to tie the increase in cases to the Games.

Economy Minister Yasutoshi Nishimura told a panel of experts that serious COVID-19 cases had doubled over the past two weeks and the situation in hospitals “is extremely severe.” The panel of experts agreed to expand the state of emergency but some have been calling for it to apply to the entire country. The measure isn’t a strict lockdown but includes things like a ban on alcohol in restaurants and bars, which are also forced to close early.

Many in Japan are choosing to ignore the restrictions, particularly at a time when the Olympics are taking place and the country’s capital has been swarmed by foreign visitors. The positivity rate in Japan’s capital is now at 20 percent, suggesting infections are even more widespread than the numbers show.