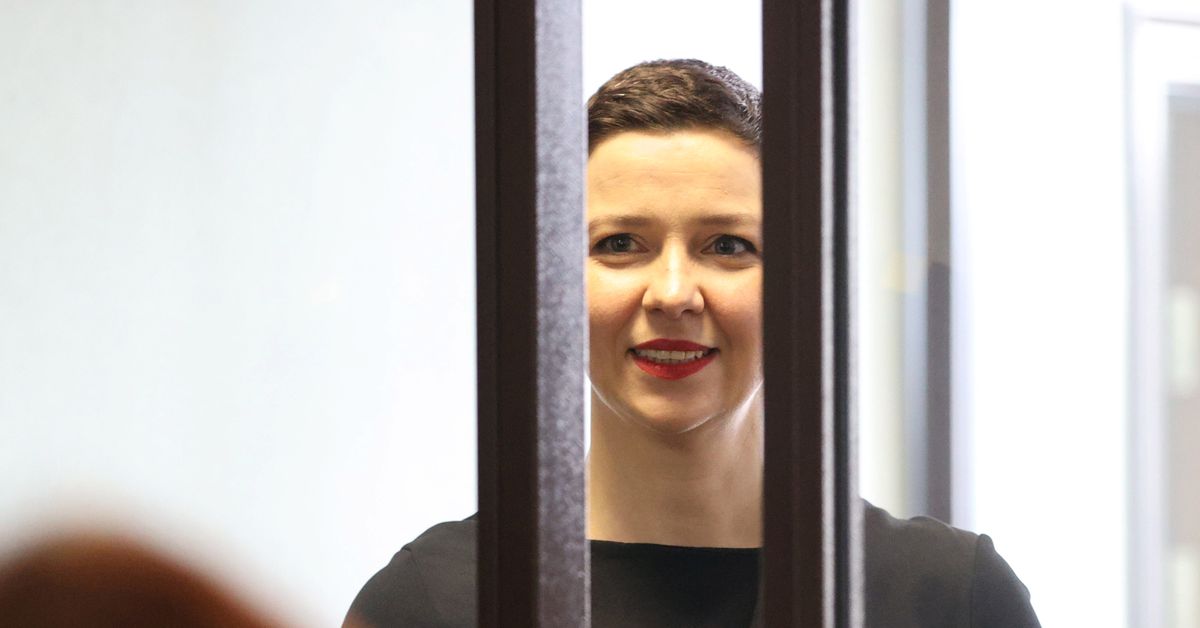 Aug 4 (Reuters) – Maria Kolesnikova, one of the leaders of mass street protests against Belarusian President Alexander Lukashenko last year, went on trial on Wednesday facing up to 12 years in prison on charges of extremism.

Kolesnikova, 39, has not been seen in public for months. She was detained after ripping up her passport to prevent Belarusian security forces from deporting her in a standoff at the Ukrainian border in September.

Footage from Russia’s Sputnik channel showed her smiling and dancing inside the prisoner cage at the closed trial and making a heart sign with her hands, a gesture she often made during last year’s protests.

Kolesnikova became one of the faces of the mass opposition movement during the campaign for the Aug. 9 presidential election last year which protesters say was rigged to extend Lukashenko’s grip on power.

Lukashenko, who has denied electoral fraud, has held power in the former Soviet republic since 1994 and has faced fresh Western sanctions since launching a new crackdown on opponents last year. read more

Kolesnikova and another senior opposition figure, Maxim Znak, were charged with extremism and trying to seize power illegally.

In an interview with the Russian outlet TV Rain published on Wednesday, Kolesnikova called the charges absurd.

“The authorities are terrified of an open trial, where everyone will see that, in fact, the authorities themselves are the main danger and threat for Belarusians, Belarus and national security,” she was quoted as saying.

“Don’t trust, don’t be afraid, don’t ask and laugh – these are my principles when I speak to them (the Belarusian authorities).”

Kolesnikova was among tens of thousands of people detained after the protests began.

She was one of three women, all political novices, who joined forces to front last year’s election campaign against Lukashenko after higher-profile male candidates were barred from standing. read more

Viktor Babariko, one of the men who tried to stand against Lukashenko, was jailed for 14 years last month. read more