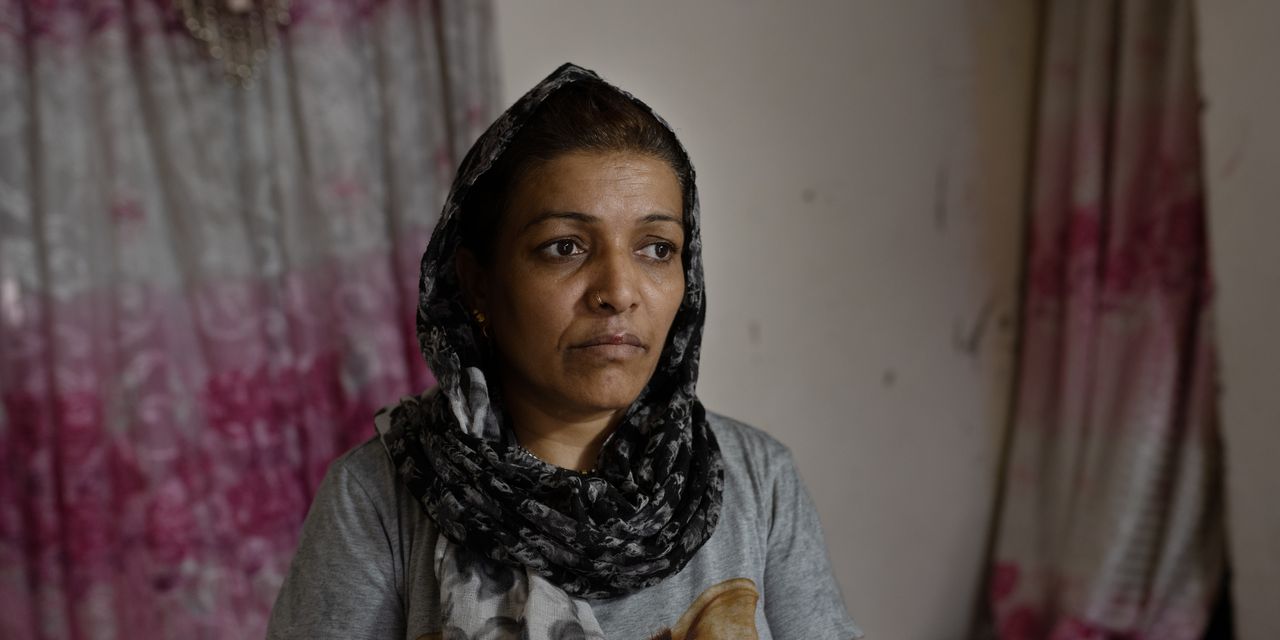 NEW DELHI—There are 2.6 million registered Afghan refugees world-wide, second only to those from Syria. Many others are undocumented or have traveled abroad to study. From the U.S. and Europe to Pakistan and Iran, they have tried to build new lives after escaping from decades of war.

But for those who once thought of returning home, including some in a small diaspora community here in the Indian capital, the return of the Taliban is closing the door on their plans and has left them looking for ways to help family members get out, too.

Maliha Rashidi, 34 years old, has been living in a cramped apartment in the crowded Bhogal neighborhood for more than five years after leaving her home in the Afghan city of Jalalabad. She lives here with her six sons and two daughters, making a living by acting as an interpreter for Afghans who would come to India seeking healthcare.

“Back home, I used to watch a lot of Bollywood movies. That helped me learn Hindi,” she says. Before the Covid-19 pandemic curtailed medical tourism, she foresaw a better future for herself and her children, who now go to school. She says it’s a world away from Afghanistan, where in 2014 Taliban insurgents killed her husband and his two brothers because they worked for the government.

“At midnight, four men entered our house and beheaded my husband. They held my son at gunpoint, then poured scalded water on my feet and raped me several times,” Ms. Rashidi said, pointing to her scarred feet.