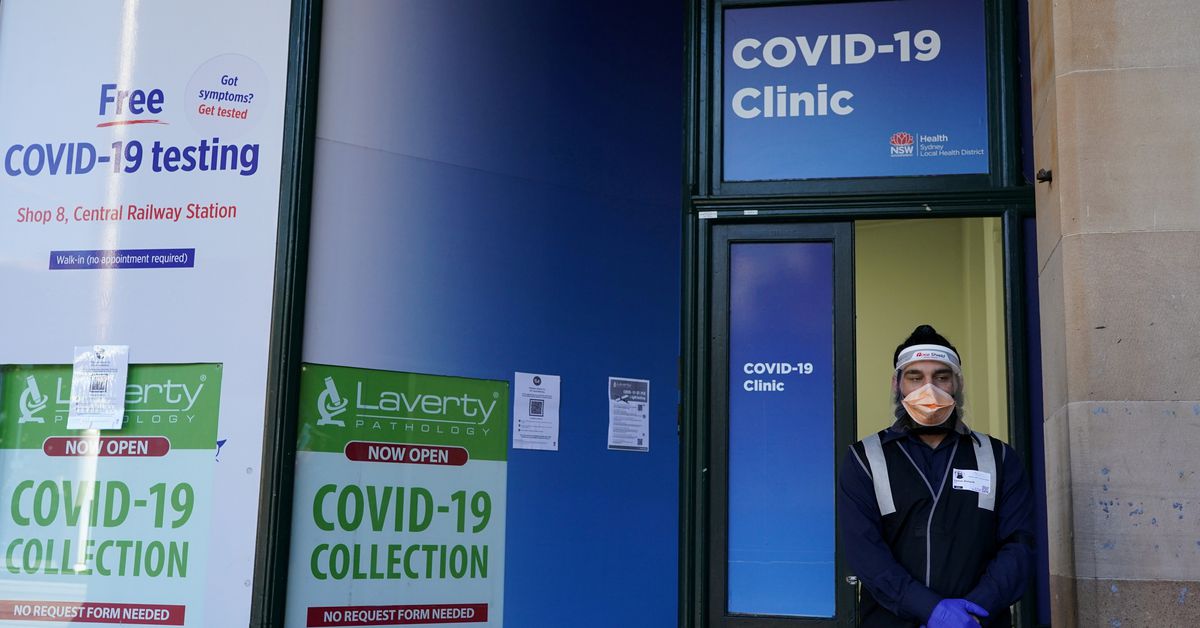 SYDNEY, Aug 23 (Reuters) – Australia must start to learn to live with COVID-19 when higher vaccination targets are reached, Prime Minister Scott Morrison said on Monday, despite concerns in some states about the impact of a surge in cases in Sydney.

With over half of all Australians stuck in weeks-long lockdowns to curb the highly infectious Delta strain, Morrison said the country had to move forward and start reducing restrictions as more people became vaccinated.

“(Lockdowns) cannot go on forever. This is not a sustainable way to live in this country,” he said during a televised media conference in Canberra.

Morrison’s comments come after differences have emerged between states that want to maintain a focus on suppressing the virus and the largest state of New South Wales, which is seeking a path out of lockdowns through vaccinations following a large Delta outbreak.

The federal government last month unveiled a four-stage plan to relax restrictions once 70% of its 25 million people aged over 16 are vaccinated, with stringent lockdowns “unlikely” to be required. read more

When vaccination coverage reaches 80% only “highly targeted lockdowns” would be necessary and vaccinated Australians would be free to travel interstate.

Western Australia and Queensland states, which are largely coronavirus-free, have flagged they may still maintain some restrictions even when vaccination targets are reached.

They say the national plan, which was agreed before the NSW outbreak, was based on having only small outbreaks present in the community.

On Monday, NSW reported 818 cases, most of them in Sydney, slightly down from the record 830 a day earlier.

“Once you get to 80% double dose, every state will have to live with COVID. You cannot keep Delta out forever,” she said.

In Victoria, home to Melbourne, 71 new cases were detected with 55 having spent time in the community while infectious, which state Premier Daniel Andrews said could derail plans to exit lockdown on Sept. 2.

While, Australia has managed the pandemic better than many other developed countries, a slow vaccine rollout has taken the gloss off its early success.

Nationally, 30% of people above 16 are fully vaccinated, while 52% have had a least one dose. Vaccinations are running at a record pace but the target of 80% fully vaccinated will not be reached until December at the current rate.

Australia has reported just over 44,600 cases in total. There have been 984 deaths, although the death rate has declined since last year.