The top-level coronavirus cabinet decided early Monday morning that the school year will begin as scheduled on September 1, despite calls to delay it due to the recent virus surge.

As part of the decision, ministers agreed that eligible students, aged 12 and over, will be vaccinated on campus during school hours, subject to parental approval.

Education Minister Yifat Shasha-Biton had opposed the plan, but later agreed to it in a bid to avoid a delay in the opening of the school year.

Some officials had been pushing to delay the start of the school year by a month as the Delta variant has sparked a resurgence in serious virus cases. Over the past week, 198 people in Israel with COVID have died, with more than 40 deaths reported over the weekend alone, according to Health Ministry statistics published Sunday evening.

The cabinet also decided to implement the Green Pass policy for all school faculty and staff, meaning that they will either have to be vaccinated or provide a recent negative COVID test to enter schools.

The discussion over the reopening of the school year had seen a fierce debate between Shasha-Biton and Health Ministry officials last month, marked by a series of anonymous attacks in the media on the education minister, branding her a “coronavirus denier,” while a top health official was slammed as “acting like she’s crazy.” 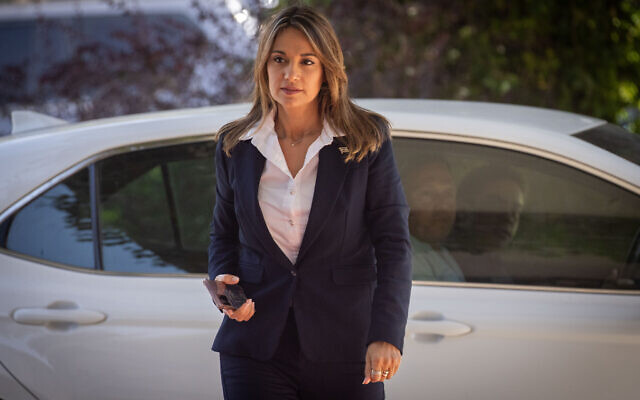 Minister of Education Yifat Shasha-Biton arrives to the President’s Residence in Jerusalem, for a group photo of the newly sworn in Israeli government, June 14, 2021. (Yonatan Sindel/Flash90)

During the latest coronavirus cabinet meeting, Shasha-Biton and Prime Minister Naftali Bennett reportedly exchanged heated words when the education minister said it was “impossible” to implement a Green Pass system in schools by September 1, claiming “we do not have enough substitute teachers” to fill the inevitable gaps in staff.

Bennett, according to leaks from the meeting reported by the Ynet news site, responded by saying: “You are against, and that’s fine, but do not say ‘impossible.’ I was also education minster.” 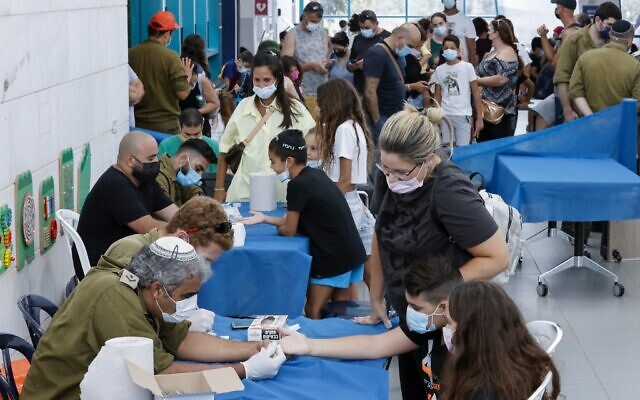 Shasha-Biton reportedly hit back: “I’m not against it, we just need to know how to be able to fulfill [the new requirements].”

While Shasha-Biton eventually voted for schools’ reopening on September 1, Interior Minister Ayelet Shaked and Public Security Minister Omer Bar-Lev abstained from the vote, with Shaked reportedly claiming it was “too dangerous to open in September — we need more time to get vaccinated.”

Nachman Ash, director-general of the Health Ministry, told 103 FM Radio on Monday morning that the government was working full-speed ahead to ensure schools open on time. “I think we can open schools in safe manner,” said Ash.

He added that he believes that staff members who refuse to get vaccinated or submit to regular COVID tests should not be allowed to teach nor receive a salary, adding that the issue “is not fully settled yet.”

Sunday also marked the first day of nationwide serological tests for kids aged 3-12, which are being conducted by the IDF Home Front Command at more than 400 locations across the country.

Under the government’s back-to-school plan, more than a million students will undergo serological testing to determine if they had been infected and recovered from COVID in the past without detection. If the students are found to have antibodies, they will be granted a Green Pass and will be exempted from quarantine if someone in their class tests positive.

However, the first day was marred by long lines and delays at stations, with an IDF-run online registration system for the tests crashing, which forced soldiers to manually write down the details of the children being tested.

The IDF Spokesperson’s Office said that manpower would “be reinforced and diverted as necessary” to meet demand, and that the IDF is in “constant communication with authorities.”

Defense Minister Benny Gantz has authorized calling up 6,000 reservists to man the testing stations, which will remain open until at least September 2. 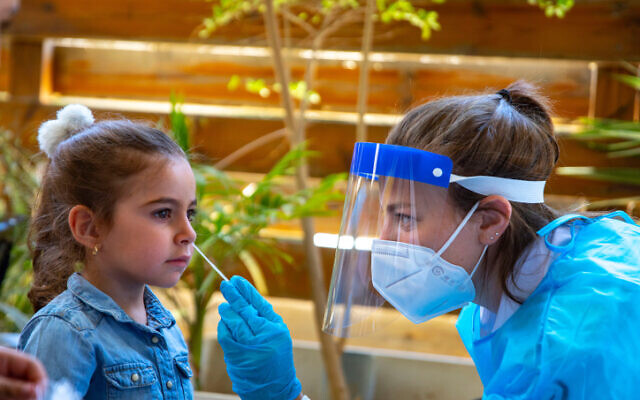 A medical worker conducts a COVID-19 rapid test on a child at a testing station outside the Science Museum in Jerusalem, on August 19, 2021. (Olivier Fitoussi/Flash90)

Beginning last week, all children ages 3-12 must show a negative COVID test in order to enter most public attractions, leading to the setting up of dozens of rapid testing sites nationwide. Many parents have complained of long lines, overcrowding and extended waits before receiving test results at the sites.

Earlier on Sunday, the heads of seven hospitals in Israel threatened to stop accepting new COVID-19 patients starting Monday, pleading for government funds, with staff and resources stretched to the limit, they said.

According to the latest Health Ministry figures, 1,125 people infected with coronavirus were hospitalized as of Sunday evening, including 669 in serious condition and 111 on ventilators.

The ministry on Sunday reported 5,383 new cases confirmed Saturday, with an additional 3,829 since midnight, bringing the number of active cases in the country to 64,975.

It said 5.4 percent of the 102,110 tests conducted on Saturday came back positive.

There have been 990,524 verified infections and 6,830 COVID fatalities in the country since the pandemic began.

Officials say the vast majority of those suffering serious bouts of COVID are unvaccinated, though breakthrough cases among the vaccinated have also become common as immunity has seemingly waned, an issue Israel is seeking to remedy with a booster shot campaign. 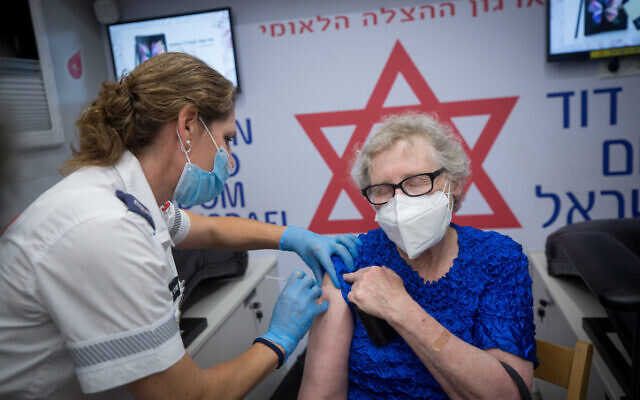 More than 1.4 million Israelis have already received a third shot, according to ministry data. The campaign began August 1 with those over 60, and has since expanded to all Israelis over age 40, as well as healthcare workers, teachers, and pregnant women.

Israeli officials are hoping that the booster doses can halt the rise in both new cases and serious cases of COVID, and avert drastic measures, including a national lockdown — which would be Israel’s fourth.