Egypt has told Hamas that it will close its Rafah border crossing with the Gaza Strip from Monday, a Hamas spokesman said.

“We were informed by the Egyptian authorities that the Rafah crossing will be closed tomorrow, Monday, in both directions,” Iyad al-Bozom, a spokesman for the Hamas-controlled Gaza interior ministry, said in a statement Sunday evening.

Security sources in Egypt confirmed the move to AFP, saying the crossing would be closed until further notice, without offering details or saying why.

The Reuters news agency quoted Egyptian security sources as saying the closure was for “security reasons.”

The move appeared to be an expression of anger from Cairo after the Hamas terror group held violent protests on the border with Israel, during which an Israeli soldier was shot and critically wounded. Forty-one Palestinians were injured in the clashes.

Egypt has been trying to broker an extended ceasefire between Israel and Hamas and the weekend violence was seen as a setback in the efforts. 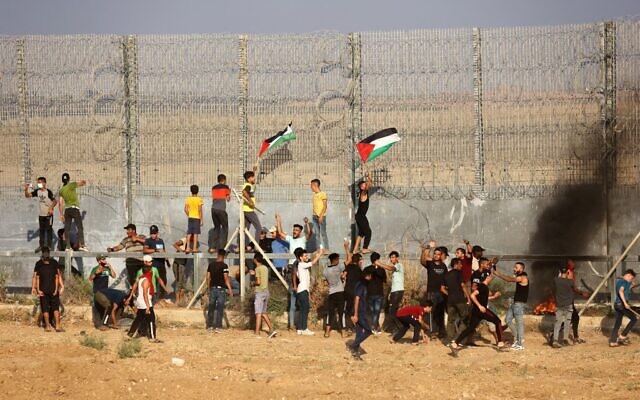 Egypt had ordered the Rafah crossing between Gaza and Egypt — the enclave’s only border point not controlled by Israel — to open in May to allow wounded Gazans to be treated in Egyptian hospitals and to deliver aid.

The opening came in the aftermath of the 11-day exchange of Hamas rocket fire and Israeli airstrikes, which also pushed Egypt to pledge $500 million toward Gaza’s reconstruction.

Israel and Egypt maintain a blockade on Gaza, which they say is designed to prevent Hamas from smuggling in weapons and materials to construct fortifications and tunnels.

Hamas has ruled Gaza since it ousted the Palestinian Authority in a violent coup in 2007. There have since been four rounds of major fighting between Israel and the terror group.

Sorgente articolo:
Egypt to close Rafah crossing into Gaza after weekend of violence – The Times of Israel