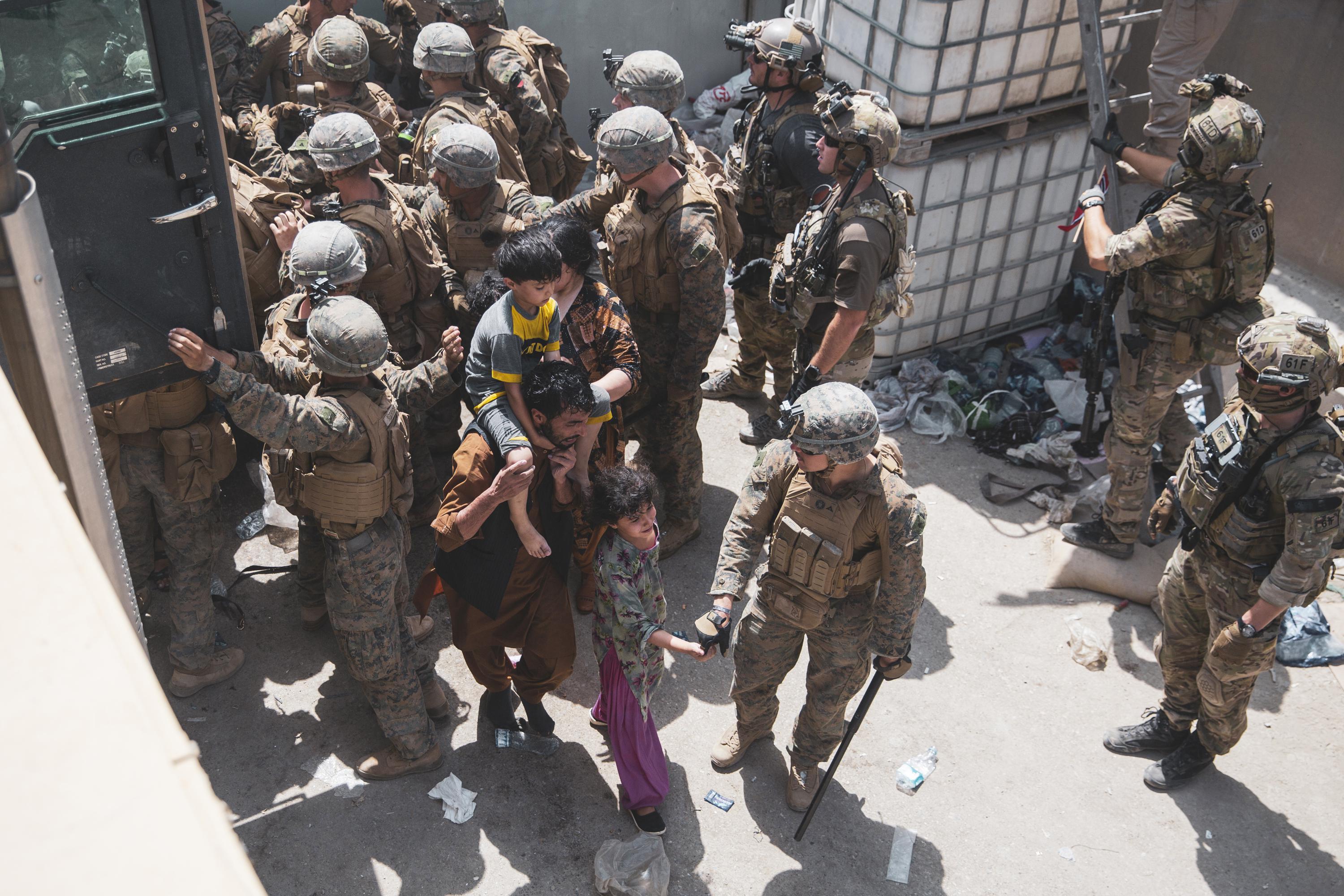 KABUL, Afghanistan (AP) — A firefight at one of the gates of Kabul’s international airport killed at least one Afghan soldier early Monday, German officials said, the latest chaos to engulf Western efforts to evacuate those fleeing the Taliban takeover of the country.

The shooting at the airport came as the Taliban sent fighters north of the capital to eliminate pockets of armed resistance to their lightning takeover earlier this month. The Taliban said they retook three districts seized by opponents the day before and had surrounded Panjshir, the last province that remains out of their control.

Afghanistan’s security forces collapsed in the face of the Taliban advance, despite 20 years of Western aid, training and assistance. Tens of thousands of Afghans have sought to flee the country since, fearing a return to the brutal rule the Taliban imposed the last time they ran Afghanistan. That has led to chaos at the airport in Kabul, the main route out of the country, where some Afghan troops are assisting Western evacuation efforts.

Gunfire broke out near one of the airport’s gates, where at least seven Afghans died a day earlier in a panicked stampede of thousands of people. The circumstances of the shooting, which occurred around dawn, remained unclear.

The German military tweeted that one member of the Afghan security forces was killed and three others were wounded by “unknown attackers.” It later clarified that it was referring to “members of the Afghan army” involved in securing the airport.

The U.S. military and NATO did not immediately acknowledge the shooting. There was no comment from the Taliban.

The tragic scenes around the airport have transfixed the world. Afghans poured onto the tarmac last week and some clung to a U.S. military transport plane as it took off, later plunging to their deaths. At least seven people died that day, in addition to the seven killed Sunday.

The Taliban blame the chaotic evacuation on the U.S. military and say there’s no need for any Afghans to flee. They have pledged to bring peace and security after decades of war and say they won’t seek revenge on those who worked with the U.S., NATO and the toppled Afghan government.

But their fighters have violently suppressed protests and beat people with batons as they try to control the crowds outside the airport perimeter. There have also been reports in recent days of the Taliban hunting down their former enemies. It’s unclear if Taliban leaders are saying one thing and doing another, or if fighters on the ground are taking matters into their own hands.

As the airlift continues, the U.S. government asked for 18 aircraft from U.S. commercial carriers to assist in transporting Afghan refugees to their final destinations after their initial evacuation. The request fell under the Civil Reserve Air Fleet program, which was born in the wake of the Berlin airlift and can add to the military’s capabilities during crises.

Early Monday, a Delta Air Lines flight landed in Dubai and later took off for Al-Udeid Air Base in Qatar, where evacuees are crowded into hangars. A steady stream of military transport planes continue to fly people out of Kabul to airfields across the Mideast.

Since Aug. 14, the U.S. has evacuated or facilitated the evacuation of more than 30,000 people on military and coalition flights. Tens of thousands of people — Americans, other foreigners and Afghans who assisted in the war effort — are still waiting to join the airlift, which has been slowed by security issues and U.S. bureaucracy hurdles.

U.S. President Joe Biden said Sunday he would not rule out extending the evacuation beyond Aug. 31, the date he had set for completing the withdrawal of U.S. forces. British Prime Minister Boris Johnson plans to press Biden for an extension.

But Taliban spokesman Suhail Shaheen, in an interview with Sky News, said Aug. 31 is a “red line” and that extending the American presence would “provoke a reaction.”

There are concerns that a local affiliate of the Islamic State group might target the crowds outside the airport with suicide bombers or fire missiles at U.S. aircraft. Military planes have been executing corkscrew landings, and other aircraft have fired flares upon takeoff — both measures used to avoid missile attacks.

The Taliban and IS have different ideologies and have fought in recent years, but one concern about the Taliban’s takeover is that they could again shelter extremist groups. The Taliban harbored al-Qaida while it orchestrated the 9/11 attacks, leading to the U.S. invasion in 2001. The Taliban now say they will not allow Afghanistan to be a base for attacks on other countries.

Elsewhere in Afghanistan, the Taliban have faced limited armed resistance from fighters in Baghlan province, some 120 kilometers (75 miles) north of Kabul. The anti-Taliban fighters claimed to have seized three districts in the Andarab Valley on Sunday, but the Taliban said Monday that they had cleared them out overnight.

Taliban spokesman Zabihullah Mujahid said the group’s forces have also surrounded nearby Panjshir, the only one of Afghanistan’s 34 provinces yet to fall to the fighters.

Several Taliban opponents have gathered there, including Amrullah Saleh, the vice president in the toppled government who claims to be the acting president. Ahmad Massoud, son of the slain commander of the Northern Alliance militias that partnered with the U.S. to drive the Taliban from power in 2001, is also in Panjshir.

In interviews with Arab media outlets over the weekend, Massoud said his fighters would resist any attempt to take the province by force but were open to dialogue with the Taliban.

Mujahid, the Taliban spokesman, said there had been no fighting in Panjshir yet and that his group is seeking a “peaceful solution” to the standoff.