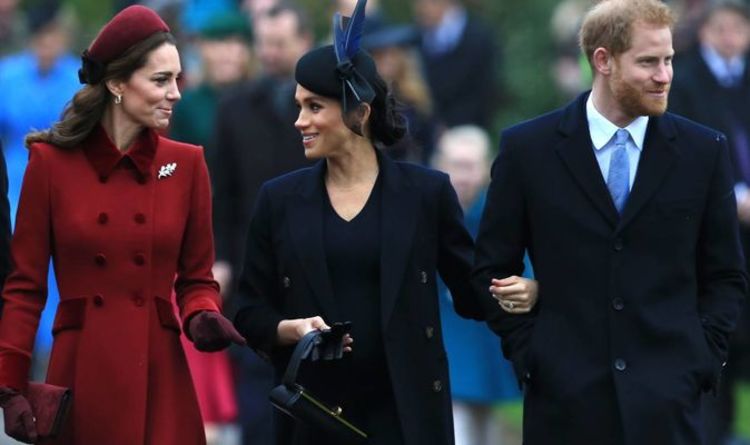 The Duke and Duchess of Sussex recently released a statement on their Archewell website in reponse to the devastating violence in Afghanistan. They said they were supporting the emergency response in Haiti with its partner World Central Kitchen, and raised awareness about other organisations such as Women for Afghan Women, Afghanaid and Mercy Corps.

However, Kate and William’s Heads Together charity, which Harry helped set up in 2019, was not on the list.

News.au royal expert Daniela Elser claimed this may have been a “calculated omission” following recent reports of strained relations between the couple.

She said: “Harry and Meghan have turned their backs on one of Kate Middleton’s most personal projects in a snub to the palace.

“But where things start to get a tad sticky is the handy resources section they included, following their statement on their website which offered up a selection of charities to support and mental health resources.

“On this front, their suggestions were the National Alliance on Mental Illness, the Loveland Foundation and Project Health Minds.

“Very conspicuously not on the list? You spotted it, I’m sure. Heads Together.

“Why oh why wasn’t the very successful mental health organisation Harry himself helped co-found on the list?

“In the light of the events of more recent times, given the brotherly feuding, the score-setting TV outbursts and thin-lipped leaking to the media, the question is, was the decision to not include Heads Together simply accidental or a more pointed move?

“And as we all witness the continuing global health crisis, exacerbated by new variants and constant misinformation, we are left scared.”

Harry and Meghan added: “When any person or community suffers, a piece of each of us does so with them, whether we realise it or not.

“And though we are not meant to live in a state of suffering, we, as a people, are being conditioned to accept it. It’s easy to find ourselves feeling powerless, but we can put our values into action — together.

“To start, we encourage you to join us in supporting a number of organisations doing critical work. We also urge those in positions of global influence to rapidly advance the humanitarian dialogues that are expected to take place this fall at multilateral gatherings such as the UN General Assembly and the G20 leaders’ summit.

“As an international community, it is the decisions we make now — to alleviate suffering among those we know and those we may never meet — that will prove our humanity.”

Back in 2017 at the the launch of Heads Together, Harry, Kate and William all appeared to have fun together as they posed in headbands and also ran a 100m sprint to help raise money for the project.

Kensington Palace also described the campaign as the “biggest single project Their Royal Highnesses have undertaken together”.

However, Harry is no longer involved after quiiting royal duties alongside wife Meghan to seek a new career path in the US.

They have also hit the headlines recently after publicly sharing their reasons for quitting the Firm, whilst also making swipes at Kate and William

Express.co.uk has contacted a spokesperson for the Duke and Duchess of Sussex for a comment.