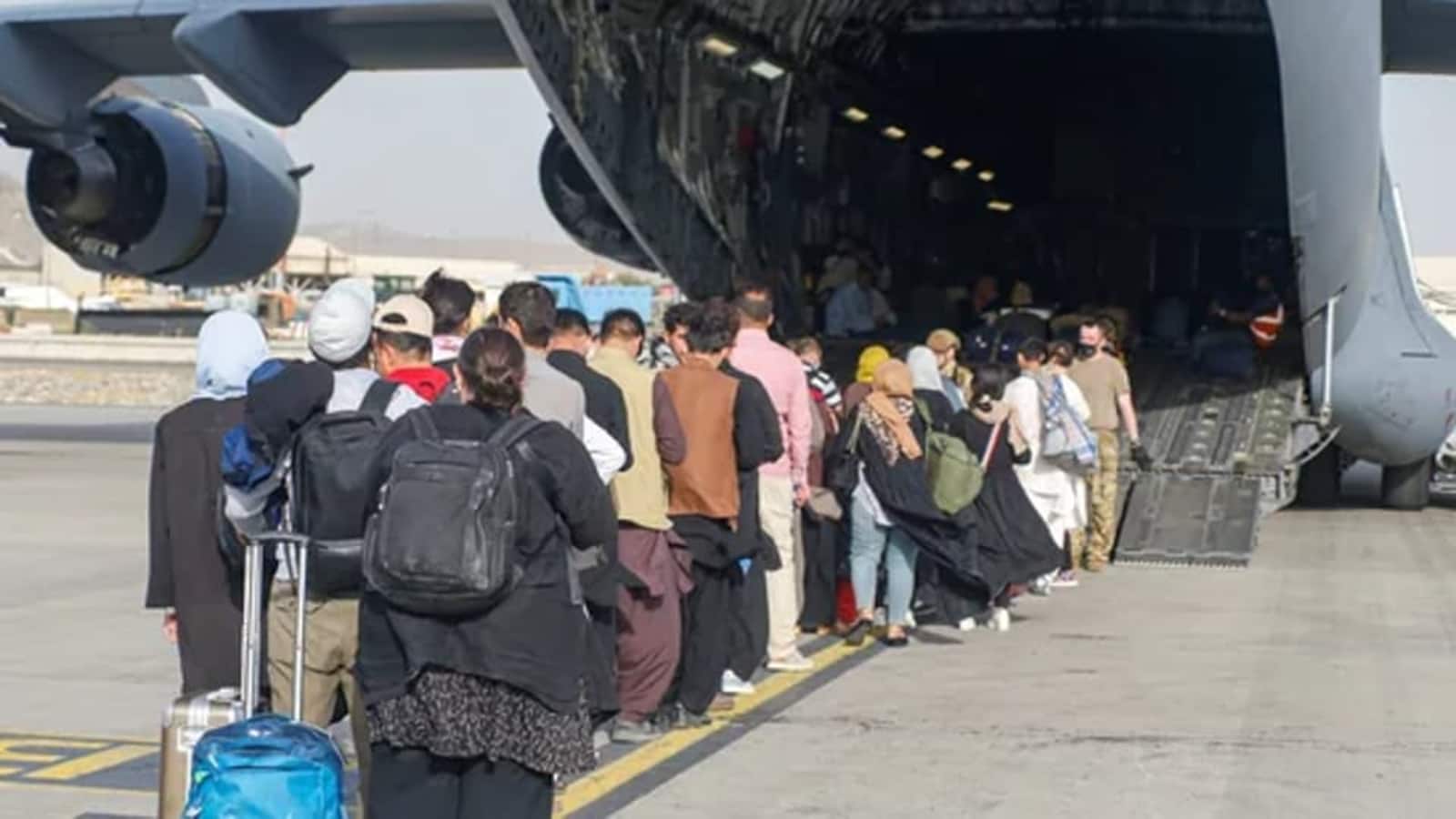 Last month, when US President Joe Biden said a Taliban takeover wasn’t “inevitable” as NATO troops withdrew from the war torn country, a 27-year-old Afghan National Army officer was on duty at a military base several kilometres from the Capital. Last week, Kabul fell to the Taliban, and the ANA officer went into hiding.

The officer, who previously completed his pre-commission training at the Indian Military Academy in Dehradun as part of an initiative between the two countries, says his life has turned upside down, not unlike millions others in his country. But the stakes are even higher for those like him, as Taliban fighters go door-to-door in search of armymen who once fought the terror group and of officials close to the erstwhile Ashraf Ghani government, he says.

The ANA officer’s identity and rank in the force are being withheld for his safety.

In touch with this writer, he says over instant messaging that he has been moving through different towns since August 15, when the Taliban conquered the Capital and claimed complete control of the country deserted by western forces after two decades.

To avoid getting caught, he also hid his uniform and all documents that may give away his identity — the remnants of his previous life.

“We never thought in our wildest dreams that the Taliban would return so easily in just a few days. Our leaders sold us. Since the government was toppled and the top commanders surrendered, we hid our uniform and service weapons. We all then went into hiding from the Taliban,” the officer, whose parents are back home, tells this writer from an undisclosed town near Kabul.

Since May, Taliban led a blitzkrieg campaign of capturing provinces in the country — first, swathes of the countryside fell, and within a week in August, all urban provincial capitals, while American and allied forces withdrew.

There are many of his colleagues from the force who have also gone into hiding after the Taliban came into power, he says. They fear a return to what they thought was a bygone era. Taliban ruled the country from 1996-2001 and implemented a harsh regime under Sharia law. Back then, any opposition was brutally stifled, public punishments such as stoning and beheading were not uncommon, and women weren’t allowed to study or work.

“Like me, many other from the ANA are hiding in different places of the country. We are not scared at all, but only worried that they will take back the country to the period before 2001. We are waiting for the right time to rise against the Taliban who are still wild animals. We will not accept their rule,” the officer says.

After fleeing from his house last week, the officer was travelling in a friend’s car (with two others known to him) across towns for two days, with few belongings and little cash. “Initially, I was hiding for a couple of days in a relative’s home. There I had proper food… From there, I left for a friend’s home a few kilometres away a day ago (Thursday). It was that day when I encountered the Taliban at a checkpoint (in northern Afghanistan),” he says.

“They stopped our car and using an expletive, asked us where we are coming from and where we are going. For a moment, we were worried, but we kept our cool and replied to them in a relaxed way to avoid any suspicion. They then allowed us to go after around 3 minutes of questioning us…

“Fortunately, I had grown my beard few weeks ago,” he says, adding that his traditional attire of a pathani suit too may have helped him avert Taliban fighters’ suspicion at the check point.

The 27-year-old says he was “shocked” to see weapons, provided by the US to the Afghan army over the years, in the hands of Taliban fighters. These included even America-made M4 assault rifles.

“At the checkpoint, where we were stopped, I was shocked to see our weapons in the hands of those Taliban men. But that was the new reality we have to accept in Afghanistan. They got their hands on the modern weaponry provided to us by the Americans. We don’t know what to do, till when to hide like this.”

But soon, his tone changes, and hope creeps in. Defiantly, the officer says he will support Ahmad Massoud, the son of Ahmad Shah Massoud, who was one of the main leaders of Afghanistan’s anti-Soviet resistance in the 1980s.

He says: “We are lucky to still have leaders like Ahmad Massoud, who has vowed to stand for the people of Afghans against Taliban in Panjshir valley ( the only province free of Taliban until now).

“The people of Afghanistan will soon standup against the Taliban.”

Forces holding out against the Taliban in northern Afghanistan said on Saturday that they have taken three districts — Pul-e-Hesar, Banu and Deh Salah — in Baghlan province close to the Panjshir valley, where some government forces and other militia groups have gathered. Ahmad Massoud and former vice president Amrullah Saleh have vowed to resist the Taliban from Panjshir, which repelled both Soviet forces and the terror outfit in the 1980s and 1990s.

Separate to this, uncoordinated demonstrations have broken out in some eastern cities and the capital Kabul in the last few days. Protesters, including women, have raised the red, green and black colours of the Afghan flag. Although Taliban have no acknowledged the incidents, in some instances reported by the media, their fighters have opened fire to quell the demonstrations — contrary to their promises of a general amnesty for all Afghan soldiers and government officials.

“There (Baghlan) the locals recaptured three districts from the Taliban after they (insurgents) carried door-to-door searches going against their (Taliban’s) promise of general amnesty. That enraged the locals, who then retaliated to capture the three districts.

“God willing, this will spread to other areas as well,” the officer tells the reporter, before signing off.

The ANA officer is known to the writer since his training days at IMA, Dehradun