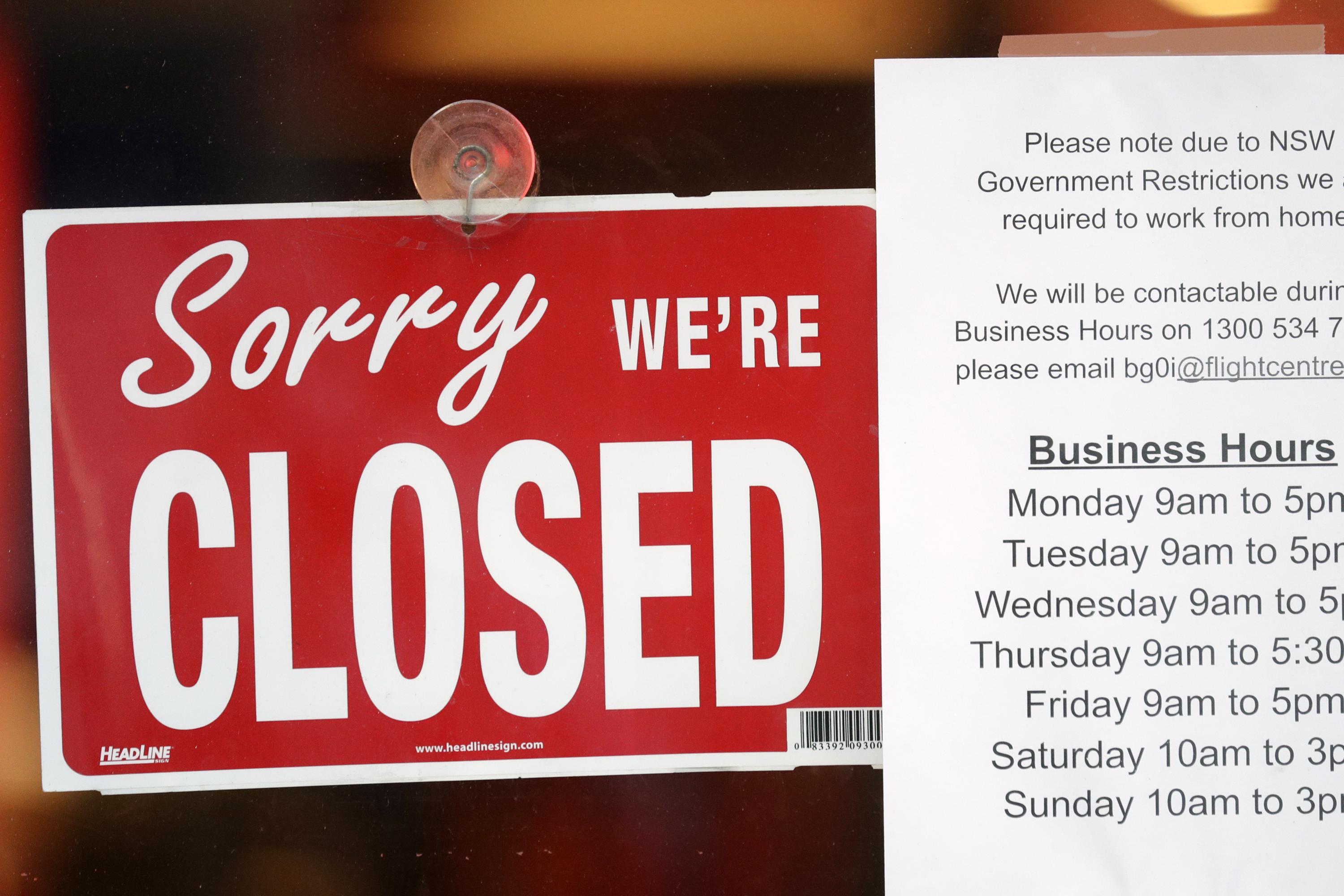 WELLINGTON, New Zealand (AP) — Cheryl Simpson was supposed to be celebrating her 60th birthday over lunch with friends but instead found herself confined to her Auckland home.

The discovery of a single local COVID-19 case in New Zealand was enough for the government to put the entire country into strict lockdown this past week. While others might see that as draconian, New Zealanders generally support such measures because they worked so well in the past.

“I’m happy to go into lockdown, even though I don’t like it,” said Simpson, owner of a day care center for dogs that is now closed because of the precautions. She said she wants the country to crush the latest outbreak: “I’d like to knock the bloody thing on the head.”

Elsewhere around the Pacific, though, Japan is resisting such measures in the face of a record-breaking surge, instead emphasizing its accelerating vaccine program. And Australia has fallen somewhere in the middle.

All three countries got through the first year of the pandemic in relatively good shape but are now taking diverging paths in dealing with outbreaks of the delta variant, the highly contagious form that has contributed to a growing sense that the coronavirus cannot be stamped out, just managed.

Professor Michael Baker, an epidemiologist at New Zealand’s University of Otago, said countries around the world are struggling to adapt to the latest threat: “With the delta variant, the old rules just don’t work.”

The differing emphasis on lockdowns versus vaccines — and how effective such strategies prove to be in beating back the delta variant — could have far-reaching consequences for the three countries’ economies and the health of their citizens.

Japan has never imposed lockdowns against the coronavirus. The public is wary of government overreach after the country’s fascist period before and during World War II, and Japan’s postwar constitution lays out strict protections for civil liberties.

Before the delta variant, the country managed to keep a lid on coronavirus outbreaks in part because many people in Japan were already used to wearing surgical masks for protection from spring allergies or when they caught colds.

Now, almost everyone on public transportation wears a mask during commuting hours. But late at night, people tend to uncover in restaurants and bars, which has allowed the variant to spread. Hosting the Tokyo Olympic Games didn’t help either.

While strict protocols kept infections inside the games to a minimum, experts such as Dr. Shigeru Omi, a key medical adviser to the government, say the Olympics created a festive air that led people in Japan to lower their guard.

New cases in Japan have this month leaped to 25,000 each day, more than triple the highest previous peak. Omi considers that a disaster.

Prime Minister Yoshihide Suga on Friday expanded and extended a state of emergency covering Tokyo and other areas until at least mid-September, though most of the restrictions aren’t legally enforceable.

Many governors are urging the prime minister to consider much tougher restrictions. But Suga said lockdowns have been flouted around the world, and vaccines are “the way to go.”

Daily vaccinations in Japan increased tenfold from May to June as thousands of worksites and colleges began offering shots, but a slow start has left the nation playing catch-up. Only about 40% of people are fully vaccinated.

In Australia, a delta outbreak hit Sydney in June, after an unvaccinated limousine driver became infected while transporting a U.S. cargo air crew from the Sydney Airport. State authorities hesitated for 10 days before imposing lockdown measures across Sydney that have now dragged on for two months.

Early in the pandemic, Australia’s federal government imposed just one nationwide lockdown. Now, amid the delta outbreak, it is pursuing a strategy it calls aggressive suppression — including strict controls on Australians leaving the country and foreigners entering — but is essentially letting state leaders call the shots.

New infections in Sydney have climbed from just a few each week before the latest outbreak to more than 800 a day.

“It’s not possible to eliminate it completely. We have to learn to live with it,” Gladys Berejiklian, premier of Sydney’s New South Wales state, said in what many interpreted as a significant retreat from the determination state leaders have previously shown to crush outbreaks entirely.

“That is why we have a dual strategy in New South Wales,” Berejiklian said. “Get those case numbers down, vaccination rates up. We have to achieve both in order for us to live freely into the future.”

The outbreak in Sydney has spilled over into the capital, Canberra, which has also gone into lockdown. Government worker Matina Carbone wore a mask while shopping on Friday.

“I don’t know that anyone’s ever going to really beat delta,” she said. “I think we just have to try and increase our rates of vaccinations and slowly open things up when we think it’s safe to do so.”

But Australia lags far behind even Japan in getting people inoculated, with just 23% of people fully vaccinated.

Last year, soon after the pandemic first hit, neighboring New Zealand imposed a strict, nationwide lockdown and closed its border to non-residents. That wiped out the virus completely. The country of 5 million has been able to vanquish each outbreak since, recording just 26 virus deaths.

It went six months without a single locally spread case, allowing people to go about their daily lives much as they had before the pandemic.

But this month, the Sydney outbreak spread to New Zealand, carried by a returning traveler.

By Sunday, the number of locally spread cases in New Zealand had grown to 72, and the virus had reached the capital, Wellington. Officials raced to track 10,000 more people who might have been exposed.

Ardern has been steadfast.

“We have been here before. We know the elimination strategy works. Cases rise, and then they fall, until we have none,” she said. “It’s tried and true. We just need to stick it out.”

Baker, the epidemiologist, said he believes it is still possible for New Zealand to wipe out the virus again by pursuing the “burning ember” approach of taking drastic measures to stamp out the first sign of an outbreak.

That remains to be seen.

New Zealand doesn’t have much of a Plan B. A recent report by expert advisers to the government noted the nation has comparatively few intensive care hospital beds and said an outbreak could quickly overwhelm the health system.

And New Zealand has been the slowest developed nation to put shots in arms, with just 20% of people fully vaccinated.

Yamaguchi reported from Tokyo and McGuirk from Canberra, Australia.