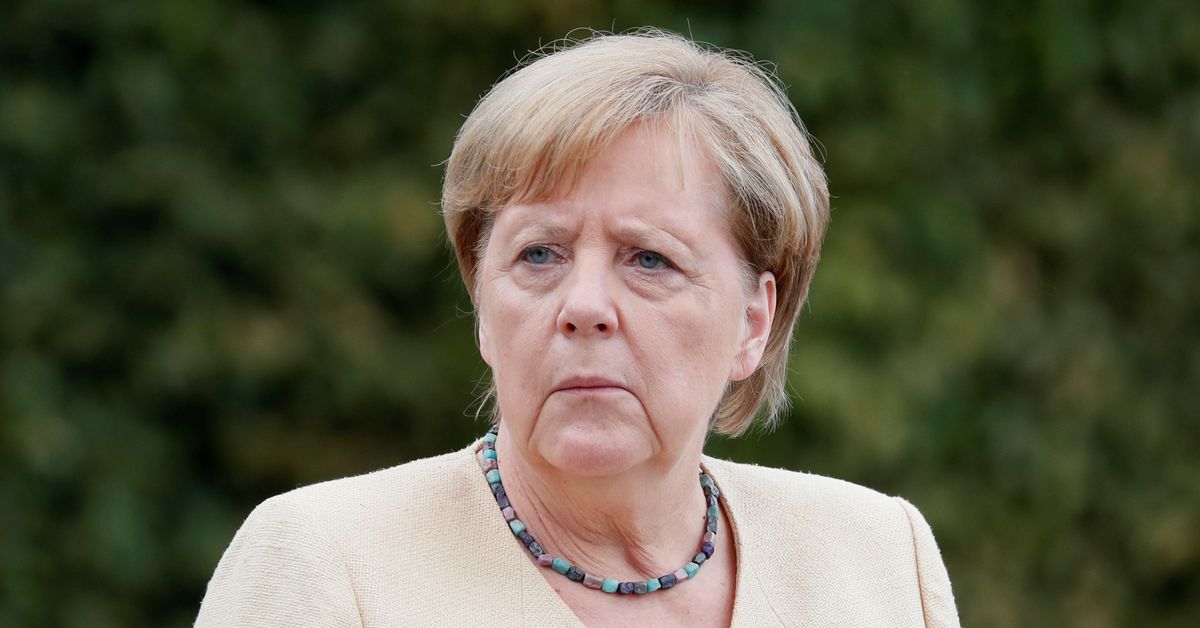 German Chancellor Angela Merkel takes part in a wreath-laying ceremony at the Tomb of the Unknown Soldier in Kyiv, Ukraine August 22, 2021. REUTERS/Gleb Garanich

KYIV, Aug 22 (Reuters) – German Chancellor Angela Merkel offered reassurances on Sunday that Ukraine would not suffer from the construction of Russia’s Nord Stream 2 pipeline, but Ukraine said talks about its future as a transit country had been vague.

On her final visit to Kyiv before retiring as chancellor next month, Merkel said “gas should not be used as a geopolitical weapon” by Russia and that Germany could impose new sanctions on Moscow if necessary.

“It is important that Ukraine remains a transit land,” she said after talks with President Volodymyr Zelenskiy. She called for Ukraine’s existing transit deal with Russia to be extended beyond its 2024 expiry, adding that Germany would support Ukraine’s gradual transition to renewable energy.

Germany has given financial assistance and diplomatic backing to Ukraine since Russia’s annexation of Crimea in 2014 and the outbreak of war in the eastern Donbass region between Ukrainian troops and Russian-backed forces in the same year.

But Kyiv has bitterly opposed a deal between Berlin and Washington over Nord Stream 2, which will carry gas to Europe while bypassing Ukraine. U.S. President Joe Biden’s administration has not tried to kill off the project with sanctions, as Ukraine lobbied for.

Zelenskiy’s government sees the pipeline as a threat to European security.

“As for the continuation of transit through Ukraine after 2024, I think that so far these things are too general.”

Merkel’s visit comes two days after she met President Vladimir Putin on her last official visit to Russia, where she had also pressed Putin on Ukraine’s status as a transit country.

Putin told reporters that Moscow was ready to extend the transit agreement beyond 2024 but that it needed more details.

Merkel also wants more progress in peace talks over eastern Ukraine and on Sunday called for ‘Normandy format’ negotiations between the leaders of Germany, France, Russia and Ukraine.

“This would enable progress, in my opinion,” she said. “I’m pleased that Zelenskiy said he would be prepared to do so.”

But the head of Ukraine’s state energy firm Naftogaz Yuriy Vitrenko told Reuters last month he did not think Russia would continue to transit any gas through Ukraine beyond 2024.

Reporting by Andreas Rinke and Pavel Polityuk in Kyiv and Kirsti Knolle in Berlin; Writing by Tom Sims and Matthias Williams; Editing by David Clarke and Emelia Sithole-Matarise