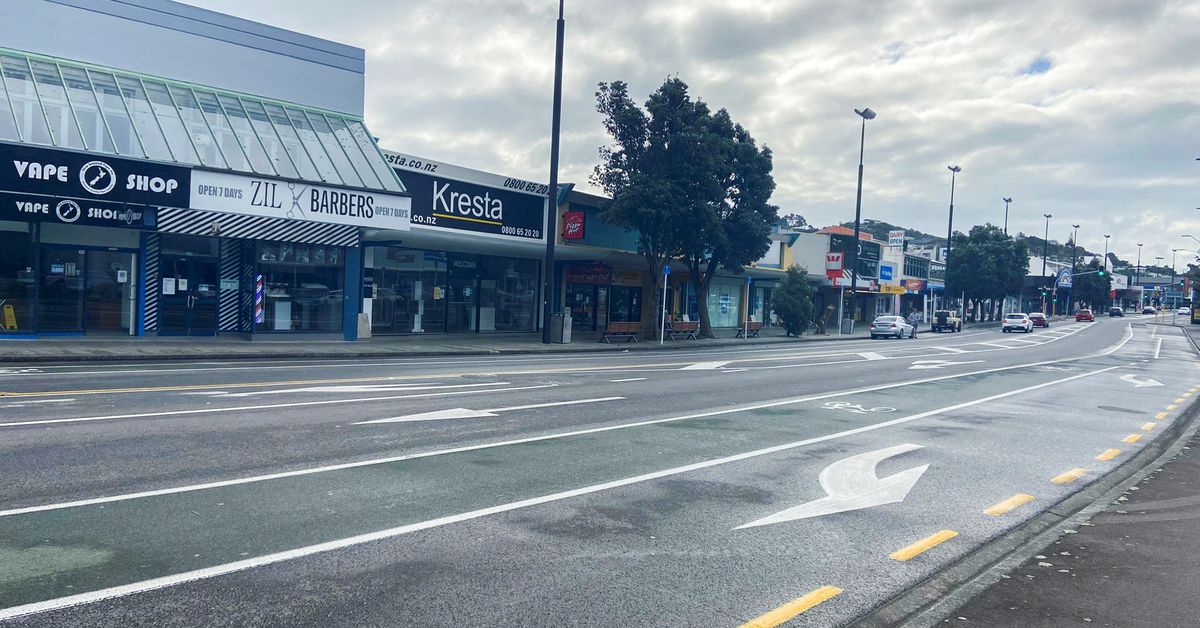 An empty street is seen as a lockdown to curb the spread of cases of the coronavirus disease (COVID-19) remains in place in Wellington, New Zealand, August 20, 2021. REUTERS/Praveen Menon

WELLINGTON, Aug 23 (Reuters) – Prime Minister Jacinda Ardern extended New Zealand’s coronavirus lockdown on Monday, saying the current outbreak has not peaked, as criticism mounts of her strategy to eliminate COVID-19 amid the slow rollout of its vaccine programme.

Ardern garnered global praise for stamping out COVID-19 in New Zealand last year and the country was virus-free since February. But an outbreak of the highly contagious Delta variant of the coronavirus last week while few people have been vaccinated has called into question the approach of snap lockdowns and border restrictions that have curtailed the economy.

Ardern extended the strict level 4 national lockdown by three days until midnight on Aug. 27 while its largest city Auckland, the epicentre of the current outbreak, will have restrictions in place at least until Aug. 31.

“We don’t yet believe that we have reached the peak of this outbreak, or necessarily the edge of it,” Ardern said at a news conference in the capital Wellington.

“That does mean the safest options for all of us right now is to hold the course for longer,” she added.

The highly transmissible Delta variant breached New Zealand last week and spread fast, with cases topping over 100 on Monday after one case was first reported on Aug. 17, when a snap three-day lockdown was announced. read more

The Reserve Bank of New Zealand last week held off hiking interest rates following the outbreak and lockdown. The Bank’s chief economist said on Monday that the outbreak was not a ‘game changer’ yet, but was causing some economic uncertainty. read more

With about 80% of the 5.1 million New Zealanders yet to be fully vaccinated, Ardern, the leader of the Labour Party that holds the majority in the parliament, chose to quickly lock down the entire country, angering many of her critics. read more

“New Zealand was not prepared for the arrival of Delta because Labour has failed to show the urgency on vaccinations that Kiwis deserve,” Judith Collins, the leader of the opposition National Party, said in a statement on Monday, adding many frontline workers remain unvaccinated.

Domestic media that had been largely favourable of Ardern’s success have also turned against her.

Bryce Edwards, a political analyst in residence at Victoria University of Wellington, said that Ardern’s government is being judged differently in its COVID-19 response in 2021 compared to 2020.

“This time around, people are much more sceptical about how the government has been handling all of the COVID related issues, especially the vaccine roll-out which is judged to be too slow,” he said.

Ardern defended her strategy on Monday.

“For now everyone is in agreement … elimination is the strategy. There is no discussion or debate amongst any of us about that because that is the safest option for us while we continue to vaccinate our people,” Ardern said.

But, she did not rule out New Zealanders eventually having to live with the virus.

“Going into next year let’s continue to get their (experts) advice. But I would say that’s always been our approach … constantly learning, constantly adapting,” she said.

In neighbouring Australia, Prime Minister Scott Morrison, who is also under growing pressure for rising COVID-19 cases and poor vaccination rates, said this week that the country will have to start to learn to live with the virus. read more