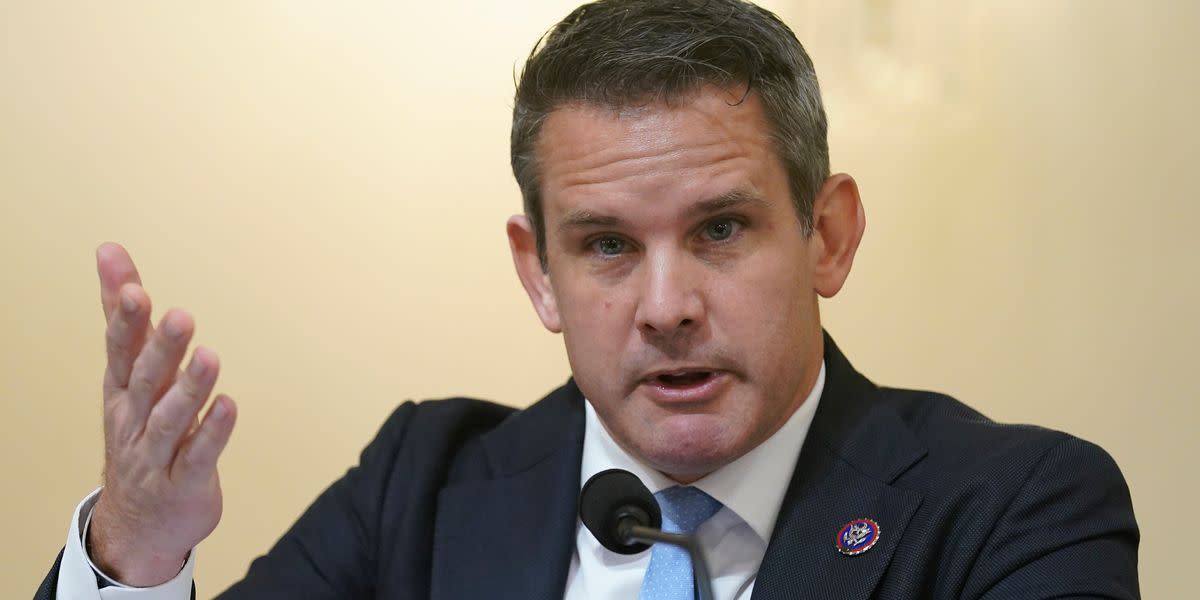 Kinzinger, an Air Force veteran who flew missions in Iraq and Afghanistan, has been highly critical of both the Biden and Trump administration’s contributions to failures in Afghanistan leading to the Taliban takeover this month. Thousands of people are still trying to escape the country a week after insurgents overthrew the capital and much of the country.

Appearing on CNN, Kinzinger said that though he believes the blame lies with both parties, things “can’t continue with just pointing fingers while America’s embarrassed in front of the world.”

He was then asked about members of his party who are using the crisis as a political opportunity, including framing refugees as “invaders.”

Kinzinger noted that most of his GOP colleagues supported legislation passed last month that would make it easier for Afghan nationals who assisted the American military to apply for special immigrant visas. But the 16 House Republicans who voted against it “should be asked why they did,” he added.

“But what you see is in the media echo chamber, this fearmongering,” he continued. “This ‘They’re coming to your neighborhood, these hordes of people that haven’t been vetted.’”

“That is not American. You can always have questions with how this was executed, but America’s always been the country that opens our heart,” he said, adding that refugees in the U.S. have always worked and fought hard for success.

“If anybody wants to go out and fearmonger and continue that darkness in your heart and speaking it so you can win an election: A) you are either evil at your heart yourself, or, B) you’re a charlatan who’s only interested in winning reelection and you truly can’t say you care about the health of the American people.”

In the aftermath of the Afghan government’s collapse, several right-wing media personalities have stoked fears about asylum seekers. Fox News’ Tucker Carlson described it as an invasion, warning viewers that Afghan refugees would probably be settling in their neighborhoods. His colleague Laura Ingraham asked, “Is it really our responsibility to welcome thousands of potentially unvetted refugees from Afghanistan?” And Charlie Kirk, the conservative talk radio host, said President Joe Biden intentionally let Afghanistan collapse so he could let “a couple hundred thousand more Ilhan Omars to come into America to change the body politic permanently.”

This article originally appeared on HuffPost and has been updated.