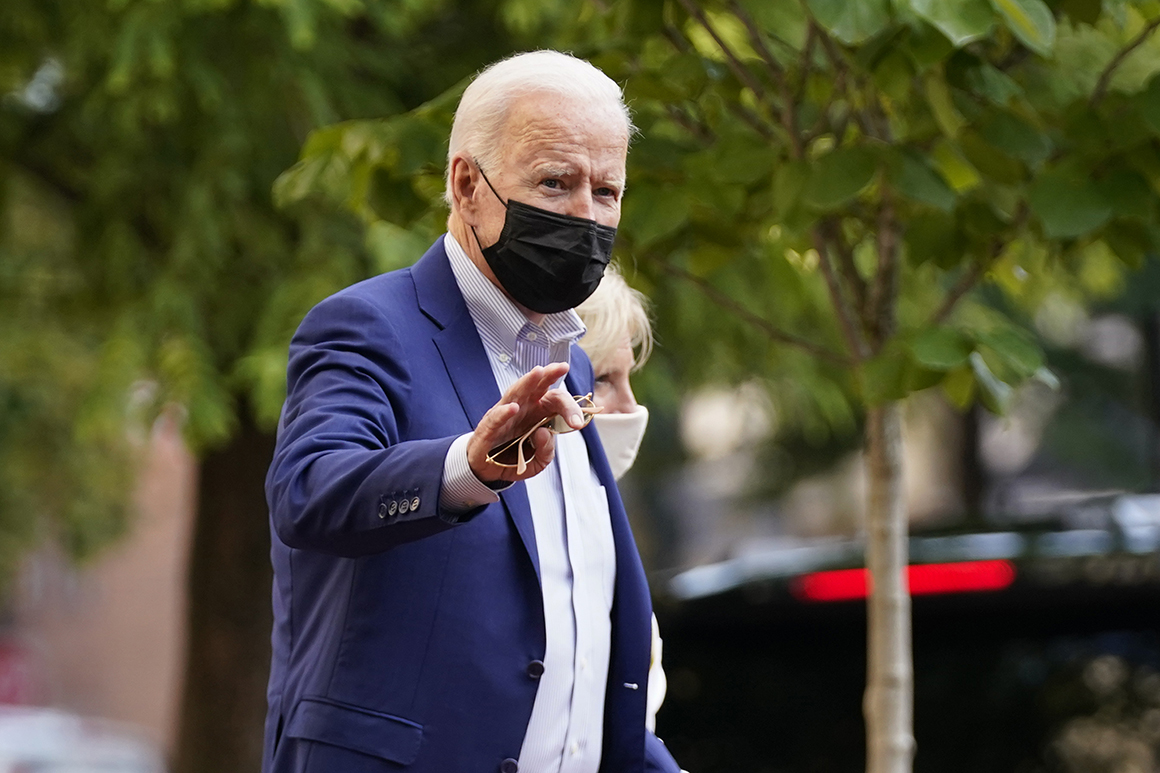 Both polls show declines in views of Biden, whose presidency has been besieged by twin crises in recent weeks: a resurgence of the coronavirus domestically, and the rocky withdrawal of U.S. military personnel and other Americans from Afghanistan ahead of Biden’s looming deadline. Biden’s approval rating slid 8 points in the CBS poll since July, and it’s down 4 points since the last NBC News survey, in April.

The two surveys are consistent with other polls indicating the strong approval ratings with which Biden entered the Oval Office have waned. The latest RealClearPolitics average pegs Biden’s approval rating and disapproval rating at the same number: 48 percent. And while the FiveThirtyEight average — which adjusts numbers from polling firms with histories of bias — is more positive for Biden (49 percent approval), Biden’s average disapproval rating of 46 percent is higher than at any point in his young presidency.

Despite the recent decline, Biden’s approval ratings remain higher than his predecessor’s: In four years, former President Donald Trump’s approval rating never hit 48 percent in the RealClearPolitics average, while his disapproval rating remained at 50 percent or greater from the two-month mark of his presidency until he left office this past January.

But Biden’s slide is troubling news for Democrats, who have only narrow majorities in Congress that are increasingly imperiled in next year’s midterm elections.

Despite a week of negative headlines about the faster-than-expected fall of the U.S.-supported Afghan government, Biden’s weakening appears driven more by events closer to home, namely the sharp increase in Covid-19 cases after months of optimism following the nation’s vaccination program.

In the NBC News poll, 53 percent of respondents approve of the way Biden is handling the coronavirus, down sharply from 69 percent in April. Jeff Horwitt, a Democratic pollster who is part of the bipartisan team that conducts surveys for the network, blamed “the domestic storm, Covid’s delta wave, that is causing more difficulties at this stage here at home and for President Biden,” in an interview with NBC News.

Meanwhile, while few respondents think the U.S. withdrawal from Afghanistan is going well, most Americans still support bringing troops home. In the CBS News survey, 63 percent approve of the U.S. withdrawing troops, while only 37 percent disapprove.

The CBS News poll was conducted online by YouGov from Aug. 18-20, surveying 2,142 adults. The margin of error is plus or minus 2.3 percentage points.

The NBC News poll was conducted Aug. 14-17 by telephone, surveying 1,000 adults. It has a margin of error of plus or minus 3.1 percentage points.