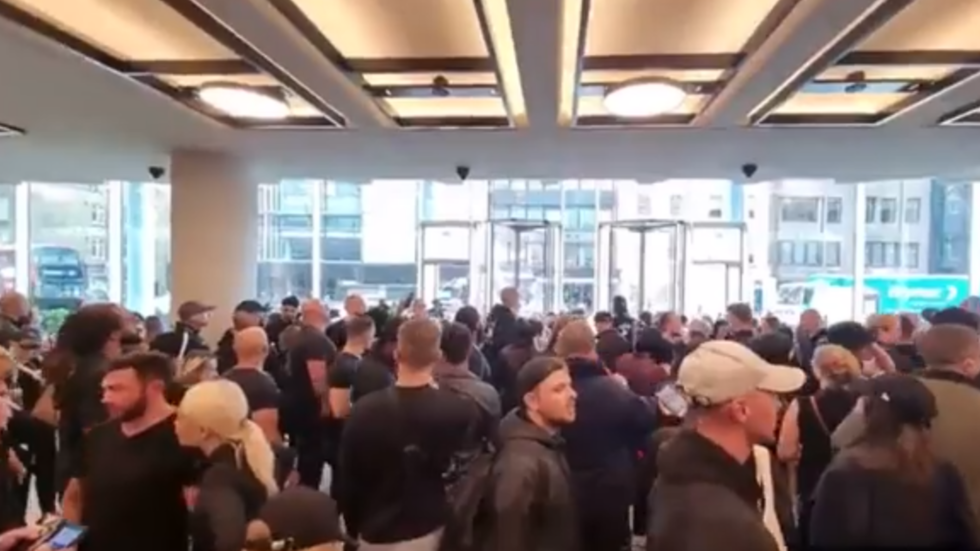 Demonstrators against anti-Covid restrictions have stormed the offices of ITN Productions, a company responsible for news bulletins broadcast on ITV, Channel 4, and Channel 5, in the latest anti-media protest.

On Monday, dozens of Britons unhappy with the role of the media during the Covid-19 pandemic stormed the foyer of ITN Productions on Gray’s Inn Road, London.

The Met Police confirmed that they were responding to the demonstration and said officers were assisting security staff in removing people who unlawfully gained access to the building.

In videos shared online, law enforcement vans can be seen racing to the studios, which sit in the Borough of Camden.

A group of anti-vaccine protesters has entered the ITN Productions building in central London. Police officers are trying to block the gates to protect staff, who are currently locked in. pic.twitter.com/8vOhCQdVT1

Protesters could be seen battling with police officers in the building’s foyer, but importantly they remained behind the firm’s security gates.

Other footage shows a more peaceful scene at the ITN reception, with many of the demonstrators appearing to either film themselves or the foyer itself.

In recent weeks anti-vax protesters have harassed a BBC reporter, stormed the (old) BBC studios and are now occupying the ITN building.The safety of journalists in the UK needs to be taken seriously. pic.twitter.com/Iu646P8Tug

One man, sporting a top knot, can be heard asking to speak to the boss.

ITN, formally known as Independent Television News, is a private media company responsible for the production of daily news programmes for ITV, Channel 4 and Channel 5 in the UK. It is partially owned by ITV, as well as Reuters.

The break-in comes just two weeks after anti-lockdown and anti-vaccine protesters turned up at the former HQ of the BBC to protest against the media giant.