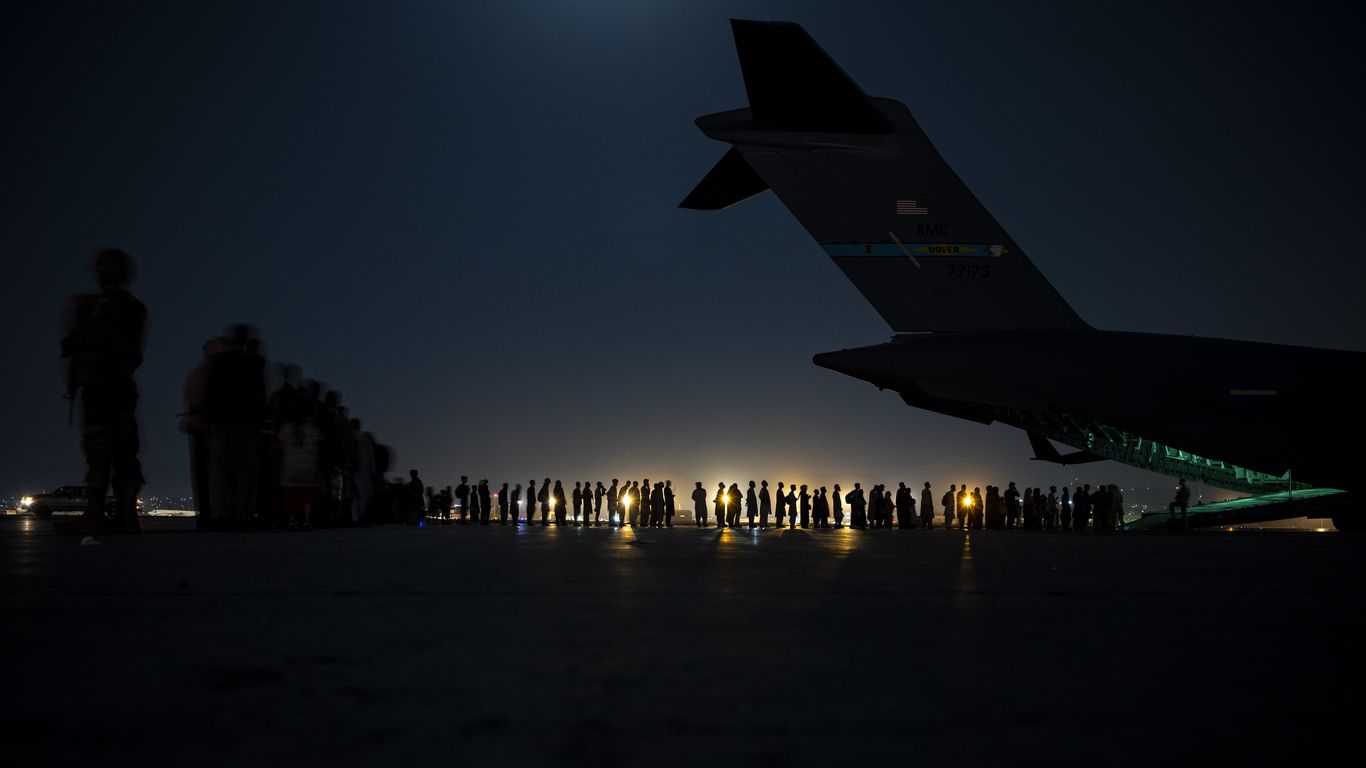 Shortly before 8 a.m. last Friday, an official at U.S. Central Command sent a searing wake-up call to colleagues: The sweltering Qatar air base where the Biden administration is housing thousands of Afghan evacuees was awash with loose feces and urine and a rat infestation, according to internal emails shared with Axios.

Why it matters: The email highlights the despair inside the federal government and some elements of the administration at the handling of the Afghanistan withdrawal.

“We recognize this is a challenging and difficult situation for these vulnerable individuals and families, and we remain committed to providing a secure, safe and sanitary environment,” said Navy Capt. William Urban, a spokesperson for U.S. Central Command.

Driving the news: The email by supervisory special agent Colin Sullivan — with subject line “Dire conditions at Doha” — went to officials at the State Department and the Pentagon. It described “a life-threatening humanitarian disaster … that I want to make sure all of you are fully tracking.”

Sullivan is a veteran member of the State Department’s Diplomatic Security Service now serving as a liaison to U.S. Central Command. It oversees U.S. military forces and actions in the Middle East.

The Pentagon told Axios it has taken concrete steps to improve conditions on the ground, including installing more than 100 toilets and offering 7,000 traditional Afghan meals, three times a day.

Between the lines: The State Department had done little to advise the Defense Department about how to build appropriate facilities to house thousands of Afghan refugees, according to the U.S. government official who read out the emails to Axios.

Behind the scenes: In his email, Sullivan also shared what he said were “excerpts from Doha Embassy staff communications” about the conditions at the Al Udeid base.

“A humid day today. Where the Afghans are housed is a living hell. Trash, urine, fecal matter, spilled liquids and vomit cover the floors.”

“I spent an hour in there picking up trash … almost suffocated.”

“Another flight arrived and there’s no resources to solve the sanitation problem.”

“These human beings are in a living nightmare.”

“We’re in the middle of humanitarian crises [sic] that compounds itself with every flight that lands in Doha.”

“Hangar update. They now have a rat problem.”

Embassy Doha personnel have also expressed concerns about their own staff catching COVID-19 from arriving evacuees.

The big picture: Al Udeid is a major military airport in a country that extends like a thumb from Saudi Arabia into the central Persian Gulf.

What they’re saying: One official familiar both with the flights and the airfield in Qatar told Axios the hangars at Al Udeid have no air conditioning, only large fans and evaporative “swamp coolers.”

Go deeper: The Washington Post posted a video and other details from inside the Doha hangar over the weekend.