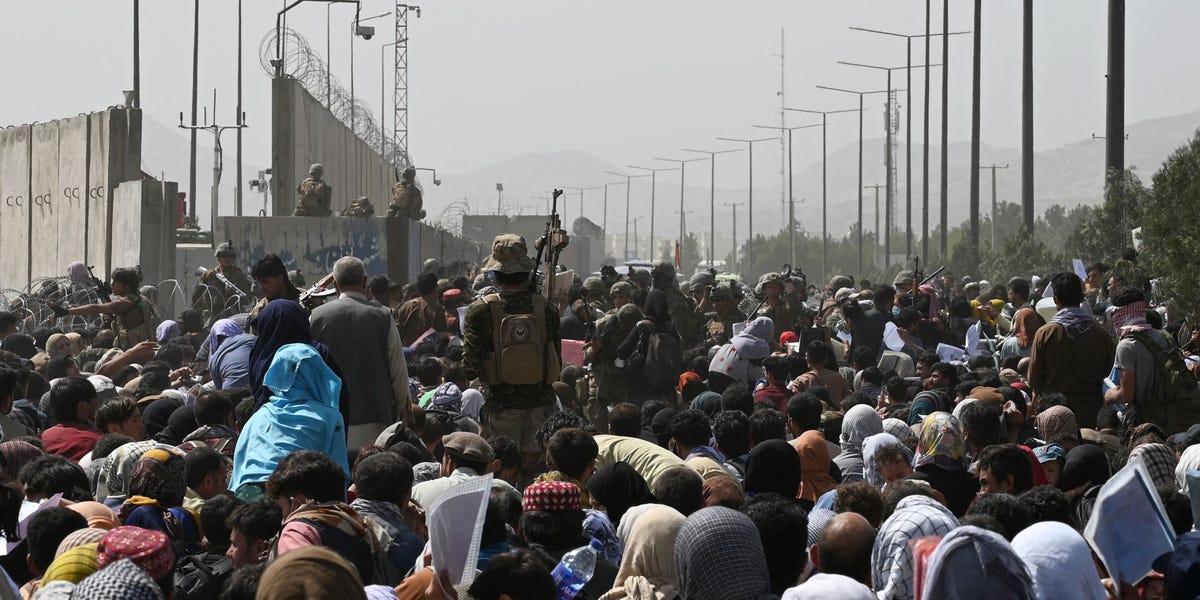 At least seven people have been killed at Kabul airport by stampeding crowds, as thousands of panicked Afghans try to flee the country, the British military said on Sunday.

Since the Taliban takeover last week, huge crowds of Afghans have lined up outside Kabul airport in scorching temperatures to try and secure a place on an evacuation flight out of the country.

Although the British military confirmed seven deaths, eyewitnesses on the ground claim the real figure is much higher.

One of those killed was a 2-year-old toddler, who was trampled to death by the surging crowd, according to The New York Times.

The toddler was the child of a former interpreter for an American company who was trying to leave Kabul along with her family, the paper reported.

When the crowd swelled, the interpreter and her family fell to the ground. She lost sight of her daughter and later found she had been crushed to death.

“I felt pure terror,” the woman told The New York Times. “I couldn’t save her.”

Sky News’s Stuart Ramsey described the chaotic scenes as paratroopers pulled people from the crowd and medics rushed “from the next casualty to the next, then the next and the next.”

Soldiers often sprayed the crowds with hoses in an attempt to cool them down, he said.

The Independent’s Kim Sengupta reported witnessing several deaths caused by the crush of the crowd and heat at Kabul airport.

He said the official number of fatalities was 12 but the real figure was almost certainly a lot higher.

Speaking to LBC, Sengupta said, “I’ve seen four people crushed to death in the space of about an hour, there are probably more dead in places we can’t access.”

Sengupta wrote in The Independent that he saw a young girl, about eight years old, lifting a shroud off a dead body and fainting after realizing it was her mother.

Speaking to an Iranian state television channel on Saturday night, Taliban spokesman Mohammad Naeem blamed the deaths at the airport on America, according to Associated Press.

“The Americans announced that we would take you to America with us and people gathered at Kabul airport,” Naeem reportedly said.

“If it was announced right now in any country in the world, would people not go?”

Chaotic scenes have emerged from Kabul airport over the past week.

One video showed an Afghan baby being passed over a barbed-wire fence at the airport, and another showed crowds of panicked Afghans desperately trying to hang on to planes.