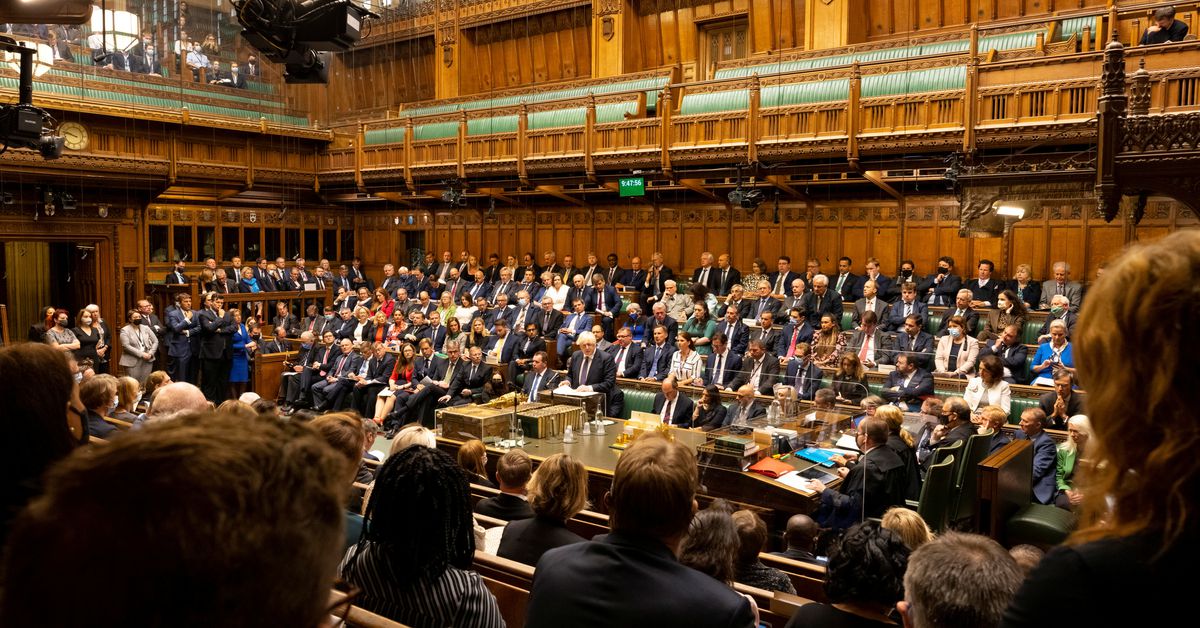 Britain’s Prime Minister Boris Johnson speaks during a debate in parliament on the situation in Afghanistan in London, Britain August 18, 2021. UK Parliament/Roger Harris/Handout via REUTERS

Aug 24 (Reuters) – The British government will discuss proposals to blacklist Afghanistan, which would allow its authorities to jail people for up to 10 years if they were proven to have visited the outlawed territory, The Telegraph newspaper reported.

“We’re looking at every option available at this stage about how we proceed in the future. This is one of the options”, the newspaper quoted a source as saying. The proposals will be discussed later this week.

The development comes after the Taliban seized power in Afghanistan earlier this month.

Reporting by Kanishka Singh in Bengaluru; Editing by Himani Sarkar