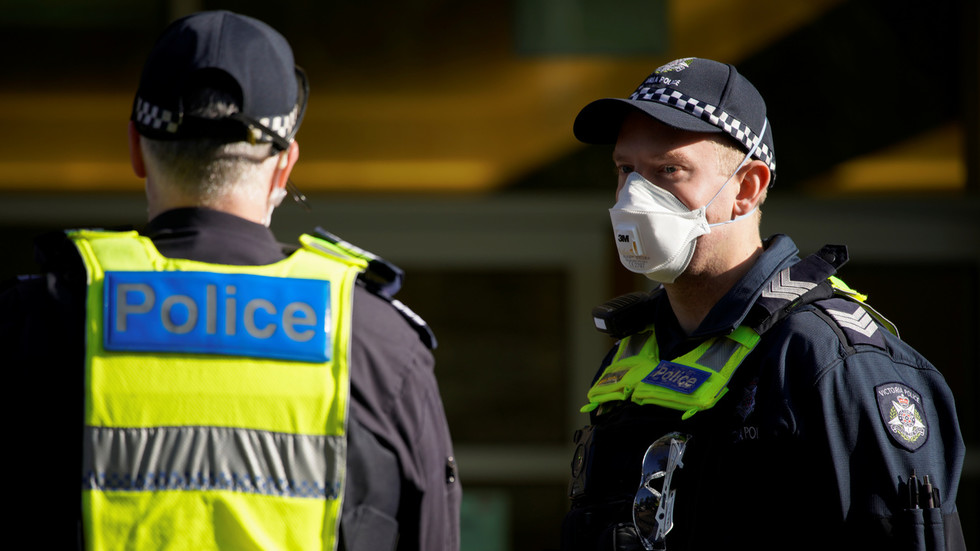 Hosts and guests at an engagement party in Australia’s Melbourne were fined more than AU$300,000 cumulatively, after police shut down the “illegal” gathering, insisting it ran afoul of the city’s ongoing Covid-19 lockdown.

Some 56 attendees at the party, held in the Melbourne suburb of Caulfield North earlier this month, were fined more than AU$5,400 (US$3,900) each, a Victoria police spokesperson confirmed on Tuesday. All said and done, the engagement gathering racked up a AU$305,312 (US$220,413) price tag for the penalties alone.

“Victoria Police is satisfied all guests have been accounted for and the investigation has now concluded,” the police representative said, while the department condemned the gathering as “a deliberate and blatant breach of the chief health officer directions.”

Also on rt.com ‘They can’t arrest us all’: Horse-mounted protesters steal the show at Australian anti-lockdown rally (VIDEO)

With Melbourne now in its sixth lockdown since the Covid-19 pandemic kicked off in late 2019, residents remain barred from gathering at private homes, while weddings are entirely forbidden. Funerals, so long as no more than 10 people are involved, are allowed, though cannot be held in a private home.

In footage of the party that made the rounds online, one attendee is heard joking that the event is “clearly” legal, as “this is a group-therapy session,” drawing laughs from the room. Another guest also mentions that “the doctor’s here,” apparently referring to another reveler.

More than 60 people who attended an engagement party, including up to nine who were COVID-positive, will be fined more than 350 thousand dollars collectively. | @JaydeCoticpic.twitter.com/XIaLi9lK1e

According to local media, the Australian Health Practitioner Regulation Agency (AHPRA) is now investigating whether any medical professionals were at the event. The body, which has the power to suspend medical licenses, vowed to “take action” against any doctors found to have breached the Covid restrictions.

“We are aware that Victoria Police have stated that they intend to take action with respect to individuals who attended the event. We will liaise with them in relation to any registered health practitioners who were present,” an AHPRA spokesman said.

At least 10 people who attended the party reportedly tested positive for the virus in the ensuing days, triggering outrage from Victoria Premier Daniel Andrews, who recently extended a statewide lockdown, now set to end on September 2.

“It shouldn’t have happened. Some of the commentary in the video is blatant,” he said, calling the party “selfish” and “absolutely outrageous.”

The only question is whether it will be a super-spreader event. It’s already a transmission event.

In the clip, which sparked outrage among supporters of lockdown measures, some of the male guests appear to be wearing kippahs – or traditional Jewish head coverings – also prompting online comments condemned as anti-Semitic by the state premier.

“The event that we spoke about at some length yesterday was not a function of being Jewish, it was a stupid function, it was an illegal function,” Andrews said, adding “anti-Semitism is unacceptable and evil and we have a zero-tolerance approach to that in our state.”

Under the extended lockdown rules, greater Melbourne residents will be subject to a 9pm-5am curfew every day, and are still required to remain at home, with only a few exceptions for “essential” work and travel, as well as limited outdoor exercise.

The party-goers are not the only ones to defy Melbourne’s lengthy lockdown in recent days, with chaotic protests erupting across the city last weekend over the ongoing Covid restrictions. Some of the demos, which spread beyond Melbourne, saw clashes with officers and hundreds of arrests made, soon after the city passed its 200th day under strict shutdown orders.

Despite the new round of protests, on Sunday Australian Prime Minister Scott Morrison insisted that the country would continue to impose lockdowns until 70% of its 25.6 million citizens are fully vaccinated, saying “You can’t live with lockdowns forever and at some point, you need to make that gear change.”

To date, less than 25% of the country has been fully immunized, with just over six million vaccinated, suggesting Australia has a long way to go before officials will consider rescinding the restrictions.

Also on rt.com Australian PM vows to keep lockdowns until 70% of population is vaccinated as more protesters hit streets despite police crackdown