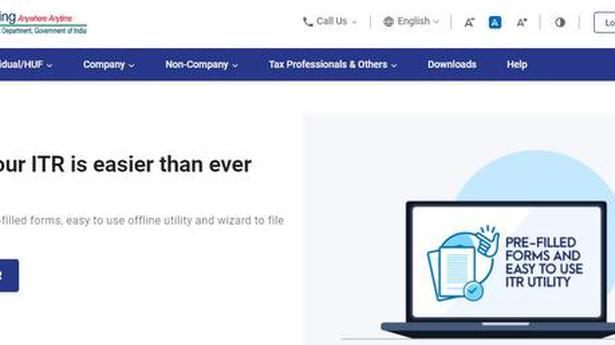 Union Minister for Finance and Corporate Affairs Nirmala Sitharaman has set a September 15 deadline for its IT vendor Infosys to fix all the glitches plaguing ‘the current functionalities’ of the new Income Tax filing portal, after conveying the government’s ‘deep disappointment’ with the firm’s services to its CEO Salil Parekh.

The Minister had summoned Mr. Parekh on Monday to explain why the IT portal had still not stabilised and its flaws fixed, more than two and a half months since its launch. The ‘summon’ came as the portal had become inaccessible over the past weekend, within days of Ms. Sitharaman stating that she expected it to be fully functional within two-three days.

“The Finance Minister demanded that the issues faced by taxpayers on current functionalities of the portal should be resolved by the team by 15 September, 2021 so that taxpayers and professionals can work seamlessly on the portal,” an official communique after the meeting said, adding that Ms. Sitharaman also sought an explanation from Infosys on the mess.

Ms. Sitharaman has urged Mr. Parekh to put more resources and efforts into the portal so that the ‘the much-delayed delivery of agreed services is ensured’ and conveyed ‘the deep disappointment and concerns of the Government and taxpayers about the continuing glitches in the Income Tax e-filing portal’.

The Infosys CEO, who was ‘sensitised on the difficulties’ taxpayers were facing and the repercussions of delays in the portal’s functioning, explained that ‘he and his team are doing everything to ensure the smooth functioning of the portal’, as per a statement from the Finance Ministry.

The fresh September 15 deadline proposed after the Minister met Mr. Parekh, indicates that taxpayers’ woes will last for almost another month, and even then, the full functionalities of the portal that the Finance Ministry had promised will ensure ‘immediate processing of income tax returns and quick refunds’ will remain a work in progress.

Along with other features, a mobile app was to be released subsequent to the initial launch of the portal. “Familiarisation with the new system may take some time, so, the Department requests the patience of all taxpayers and stakeholders for the initial period after the launch of the new portal and while other functionalities get released since this is a major transition,” the IT department had said ahead of the portal’s launch in June.

Citing the difficulties reported by taxpayers in electronic filing of IT returns, the Finance Ministry had earlier allowed a few forms to be submitted manually instead of online.

Over 750 team members are working on the IT project and Infosys CEO Pravin Rao is personally overseeing this project, Mr Parekh told Ms. Sitharaman. “Mr. Parekh also assured that Infosys is working expeditiously to ensure a glitch-free experience to the taxpayers on the portal,” the Ministry said.

Sorgente articolo:
Infosys gets till September 15 to fix glitches in I-T portal – The Hindu