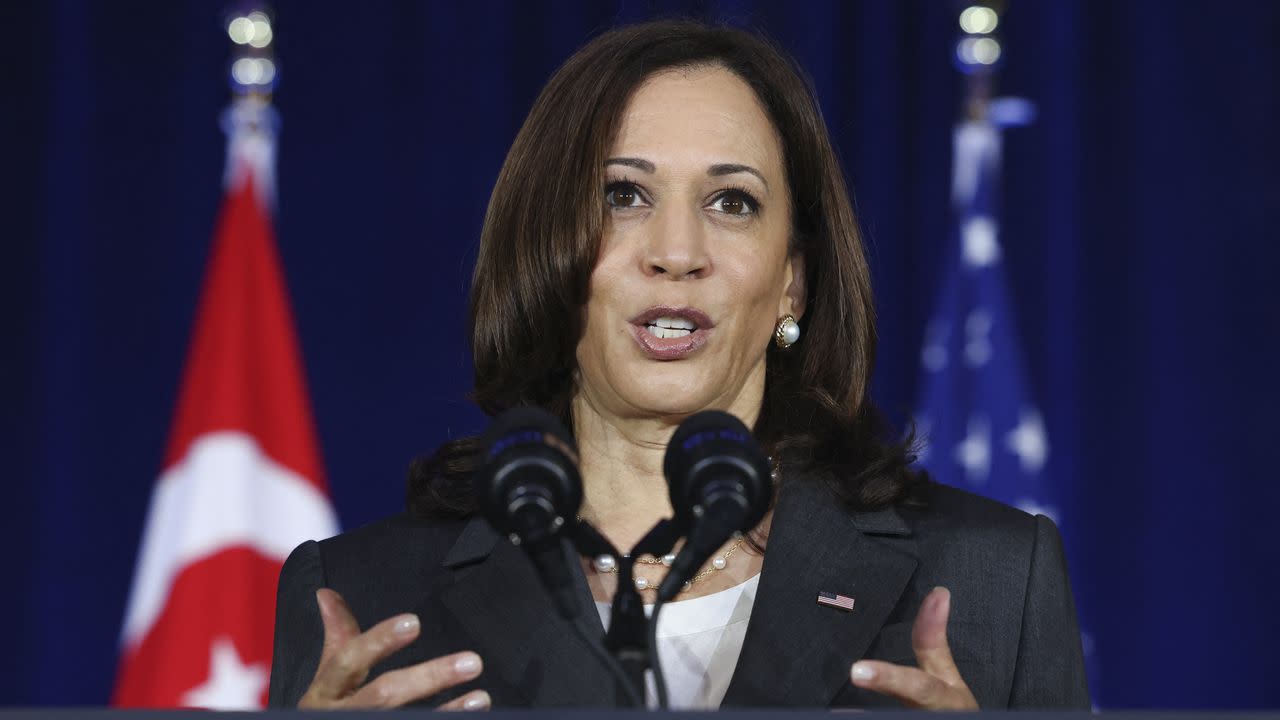 Vice President Kamala Harris accused Beijing on Tuesday of continuing to “intimidate and to make claims to the vast majority of the South China Sea.”

What she’s saying: “We know that Beijing continues to coerce, to intimidate and to make claims to the vast majority of the South China Sea,” Harris said.

Of note: The vice president stressed that the Biden administration’s engagement in Southeast Asia and the Indo-Pacific region was “not against any one country, nor is it designed to make anyone choose between countries.”

Editor’s note: This article has been updated to include more comment from Harris and further context.

More from Axios: Sign up to get the latest market trends with Axios Markets. Subscribe for free