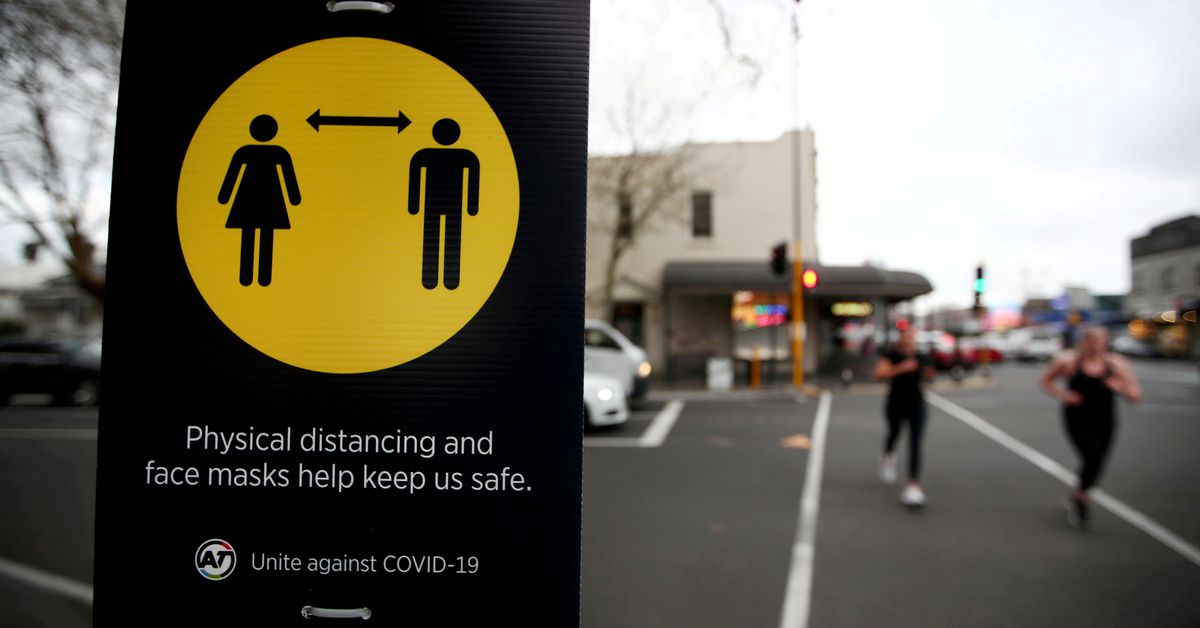 WELLINGTON, Aug 24 (Reuters) – New Zealand on Tuesday recorded its highest increase in COVID-19 cases since April 2020, as authorities warned this current outbreak of the highly infectious Delta variant of the coronavirus was like dealing with a whole new virus.

The South Pacific nation’s virus-free run since February ended last week after an outbreak of the Delta variant erupted in Auckland, New Zealand’s largest city, and quickly spread to the capital Wellington.

Authorities reported 41 new COVID-19 cases on Tuesday, taking the total infections in the country to 148, the Director General of Health Ashley Bloomfield said at a news conference. That was the biggest increase in cases since April 10, 2020, according to data from the Ministry of Health.

Of the new cases, 38 are in Auckland and three are in Wellington. So far, eight people associated with the current outbreak are in hospital, the ministry said.

“Delta is unlike our previous experience. It is, as we know, highly infectious and transmissible and, as we have seen, spreads rapidly,” Bloomfield said at a news conference.

But he said it was reassuring to see the numbers were not rising exponentially and the majority were still in Auckland.

Authorities reported a cluster of at least 58 people of Samoan ethnicity and linked to the Samoan Assembly Of God Church in Auckland.

The health ministry said there were unfortunately racist comments being directed at the community.

“The virus is the problem, not people,” the ministry said on Twitter.

Prime Minister Jacinda Ardern has garnered global praise for stamping out COVID-19 in the country.

But her reliance on strict border controls and snap lockdowns that have impacted the economy has been called into question amid the latest outbreak, which has occurred while few people have been vaccinated. read more

“Any state and territory that thinks that somehow they can protect themselves from COVID with the Delta strain forever, that’s just absurd,” he told the 9News breakfast show Today.

“I mean, New Zealand can’t do that. They were following an elimination strategy. They’re in lockdown. The way through is to get to those 70% and 80% (vaccination) marks, open safely,” he said.