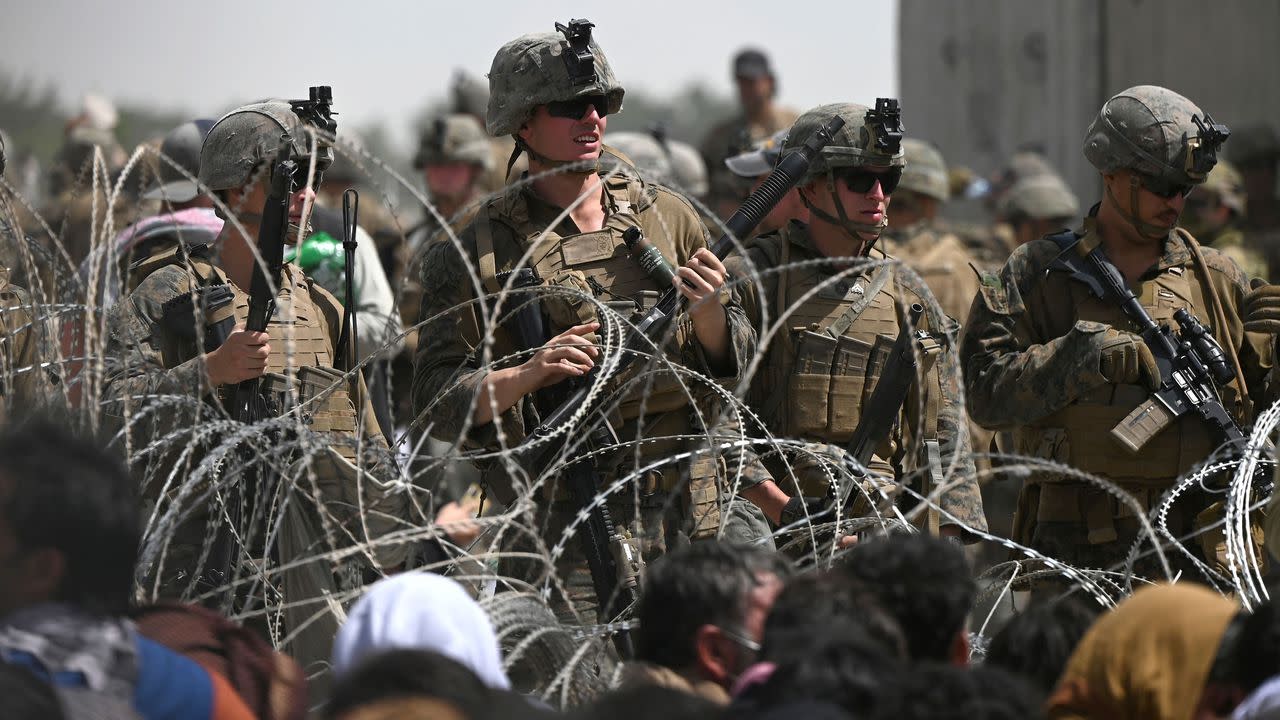 A spokesperson for the Taliban told Sky News Monday there would be “consequences” if the U.S. extended its troop withdrawal beyond Aug. 31 to complete the evacuation of Americans and Afghan allies from the country.

Why it matters: The U.S. and its allies are quickly approaching the full withdrawal date with thousands left to still evacuate. President Biden has said troops will remain in Afghanistan until every American is evacuated, and in remarks Sunday, he did not rule out the prospect of staying past the deadline.

What they’re saying: “It’s a red line,” Taliban spokesperson Suhail Shaheen said. “President Biden announced that on 31 August they would withdraw all their military forces. So, if they extend it that means they are extending occupation while there is no need for that.”

The big picture: About 10,000 to 15,000 Americans were still in the country as of last Wednesday, according to various reports.