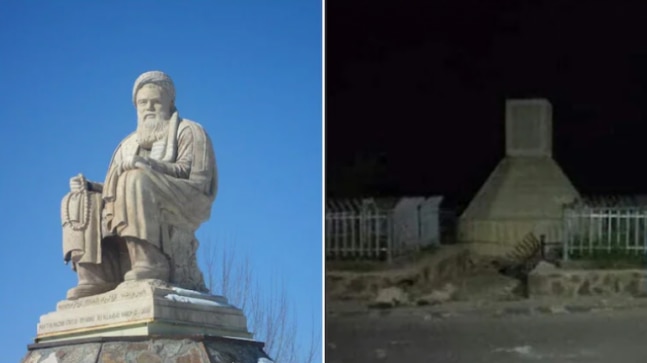 Hazaras consider themselves the descendants of great medieval-age Mongolian emperor Genghis Khan (better known in India as Changez Khan), whose army overran China, Central Asia and Afghanistan in the 13th century. During their rule in the 1990s, the Taliban had declared Hazaras as non-Muslims (or kafirs) and ordered their massacre.

This time around, the Taliban have announced that they would not discriminate against those differing from their religious views to the extent they follow the Sharia law now imposed in Afghanistan’s territories under their control.

IF HAZARAS ARE MUSLIMS, WHY DO TALIBAN TARGET THEM?

The Taliban follow the Sunni beliefs of Islam. Hazaras are mostly Shia in their belief. A distinct ethnic group from the Pashtun-dominated Taliban, the Hazaras are also singled out for their physical features.

Read: The rise, fall and rise of Taliban

In the post-Genghis Khan period, the Hazaras prospered in the valley areas of Central Afghanistan up to about the 18th century. In the 1770s, their region called Hazarajat was annexed by Afghan ruler Ahmad Shah Durrani, who was a Pashtun and Sunni.

A massive marginalisation of the Hazaras, the Shias, followed, pushing them to make the rough hills and mountains their home since then. In the 19th century, Pashtun emir Abdul Rahman ordered the mass execution of Shias when he invaded the Hazara homeland, forcing them to flee deep into mountains, Iran and Pakistan.

Confined largely in dry mountains and connected by their own language called Hazaragi, the Hazaras became a target of Pashtun militancy, now in the form of Taliban.

HOW MANY HAZARAS ARE THERE IN AFGHANISTAN?

There are about 38-40 lakh Hazaras estimated to be living in Afghanistan. This makes them form about 10-12 per cent of Afghanistan’s 3.8 crore population.

WHAT IS THE STATUS OF HAZARAS IN AFGHANISTAN NOW?

The Taliban are yet to spell out finer details of how they will impose the Sharia law in Afghanistan. Under the new constitution of Afghanistan adopted in 2003, after the US-led forces drove out the Taliban from power in 2001, the Hazaras were given equality with the other communities in the country.

However, their status remains ambiguous at present under the Taliban. However, in media reports, the Taliban spokesperson based in Doha, Suhail Shaheen, was quoted as saying that the Shia can live in Afghanistan “peacefully”.

To some observers, this means if they demand their rights and voice their concerns against the Taliban, the Hazaras could lose the right to live peacefully.

The proclamation issued in the 1990s by Taliban commander Maulawai Mohammed Hanif that the “Hazaras are not Muslims, you can kill them” is fresh in the community elders. That proclamation had led to the execution of thousands of Hazaras in Mazar-e-Sharif in 1998. The city fell to the Taliban just before Kabul.

ARE TALIBAN THE ONLY THREAT TO HAZARAS IN AFGHANISTAN?

No, the Hazaras have been at the receiving end from the Islamic State or ISIS as well. Like the Taliban, ISIS follows the Sunni beliefs of Islam. Since its advancements in Afghanistan, ISIS has targeted the mosques visited by the Hazaras, and the hospitals in the Hazara-dominated areas.

In May this year, ISIS allegedly carried a car bombing in front of a school in the Hazara-dominated Dasht-e-Barchi area in Kabul. Over 60 people were killed. Many of them were young schoolgirls.

Watch: Is this moderation just a mask or will there be a reformed Taliban 2.0?

Sorgente articolo:
Who are Hazara Muslims in Afghanistan and why do they fear Taliban? – India Today