A London bus driver who started losing his hair as a teenager was left in tears after being fitted with a ‘hair replacement system’ that took ‘decades off his age’.

Adam Sinclair, 29, has been self-conscious of his thinning locks since he was 19 years old, with ex-girlfriends even dropping hints that he should pay for a hair system

Adam, who has 92,000 TikTok followers, was offered a free £350 hair system by clinic Novo Cabelo, in County Durham, with owner Rob Wood filming his reaction. The video has since gone viral on TikTok, racking up more than 2million views. 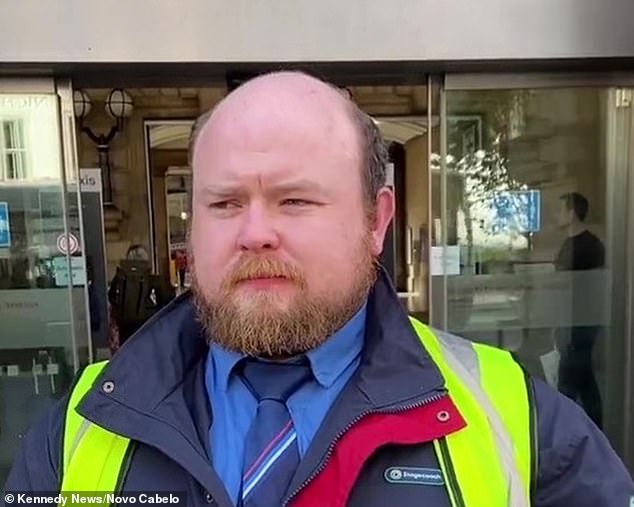 Adam was very self-conscious of his balding head before the system, and people thought his lack of hair aged him 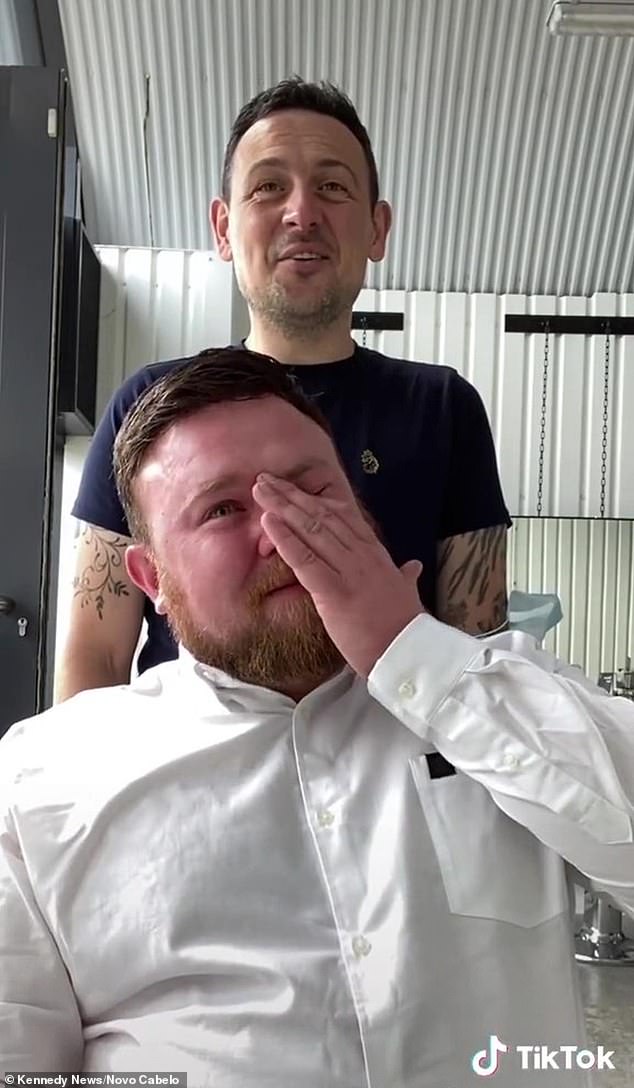 London bus driver Adam Sinclair, 29, was reduced to tears after seeing himself with hair for the first time in a decade after receiving a hair system (pictured)

Rob used the hair system technique. A hair system is created using human or synthetic hair hand-woven onto a particular base of material such as lace.

The base is then adhered to the individual’s head with the preferred method of attachment (tape or adhesive), and cut and blended to make it undetectable.

Each hair system lasts three to four months and they’re cleaned every month, with the two-hour fitting costing £350.

Followers have been quick to tell Rob that he looks 10 years younger after the procedure.

Adam said: ‘It was such a strange sensation to hear scissors around my ears, then when the blindfold came off the shock was unbelievable. I could barely speak. 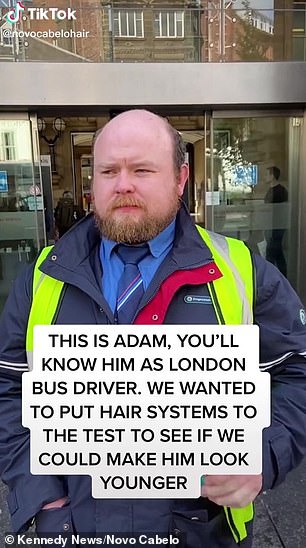 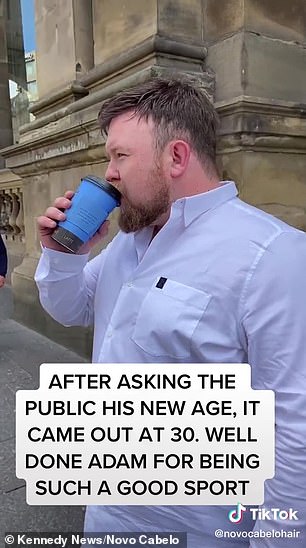 Left: Adam before the system was fitted. Right: the bus driver now feels more confident and even went on a date 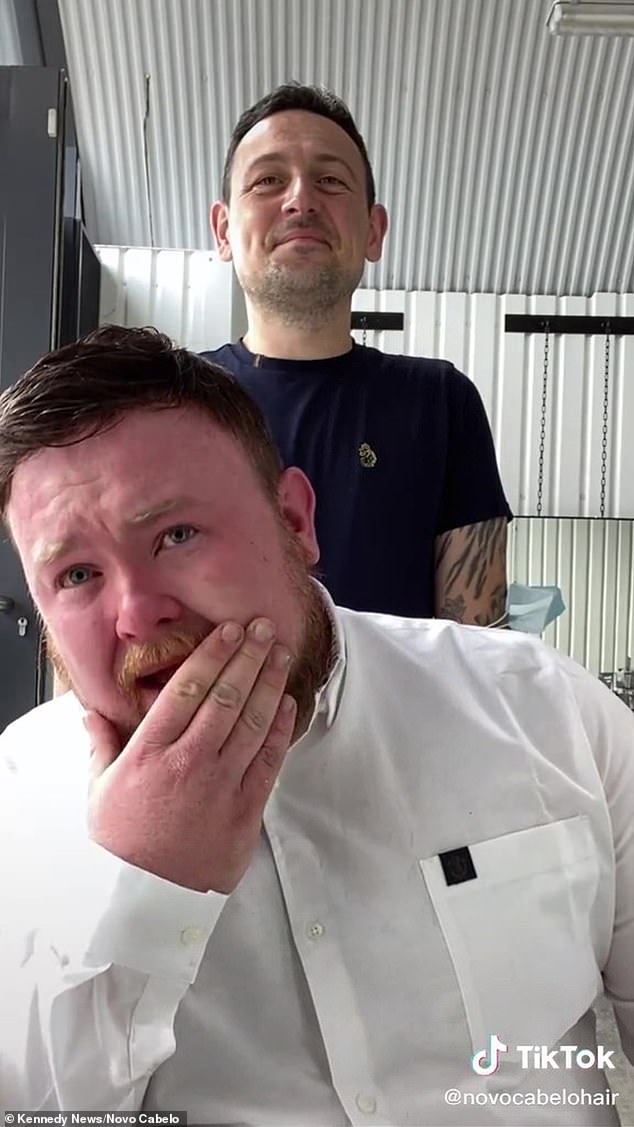 ‘I cannot explain to you how many girls have messaged me over the past few days, it’s unreal. They’re just jumping into my inbox and that feels good.

‘I’ve never struggled to meet people but I feel like I’ve gone from chasing to being chased. I was fighting against the tide because my personality was there but my hair wasn’t.

‘I’ve ceremonially thrown away all my caps. I never thought I suited them anyway but it was better than walking around looking very old. 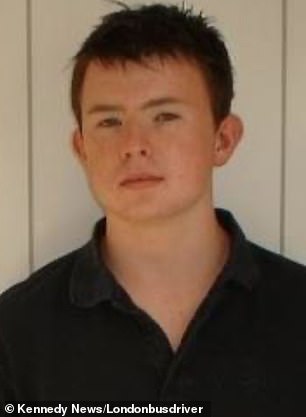 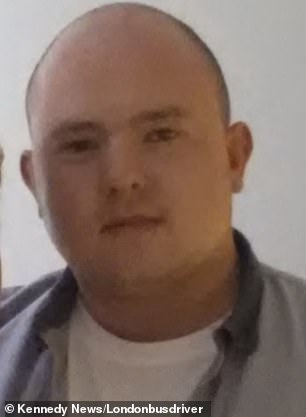 Adam used to have a generous head of hair, left, but started losing it aged 19, and soon sported a baling head, right 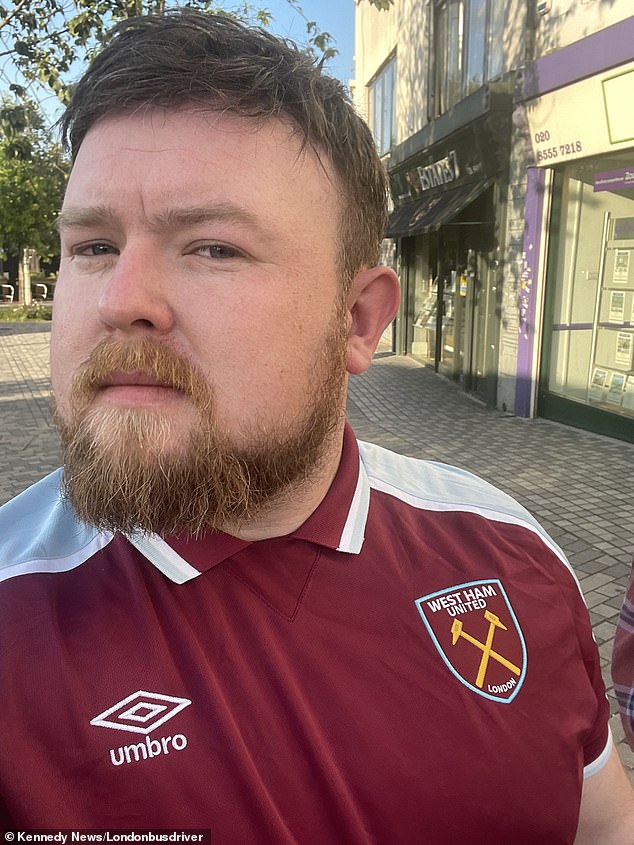 How does a hair system work?

A hair system is created using human or synthetic hair hand-woven onto a particular base of material such as lace.

The system is fitted onto the scalp before the scalp is washed.

The hair replacement is then cut to match the scalp.

The base is then adhered to the individual’s head with the preferred method of attachment (tape or adhesive), and cut and blended to make it undetectable.

Each hair system lasts three to four months and they’re cleaned every month, with the two-hour fitting costing £350.

‘I feel a lot more confident in shooting my shot now and attracting women I’d want to be dating. I even had a date on Friday night.

‘A lot of blokes think you’re trying to trick someone, but 2.5million people know I have a hair system and girls do not care. If you’re confident in how you look it shines through.

‘Having the following online gave me the confidence to show people you don’t have to be scared to go and try things out. I’m just a bus driver – a normal guy. I’m not a model.

‘I’ve been asked if I’d consider this sort of thing in the past by partners but I’ve always been dead against it, saying “this is me”.

‘They were always tagging me in the odd video and they’d dance around it a bit. Even on my Tinder profile I’d tell them the hair’s not coming back.

‘I was gutted at the time but you just try and own it but it definitely lowers your self esteem. It was something that always bugged me.

‘It put a lot of people off and it meant I had to meet people in person because people would look and say ‘that’s not my cup of tea’.

His @Londonbusdriver page started growing in June when he began suggesting areas fellow singletons should take their dates as alternatives to the usual London haunts. 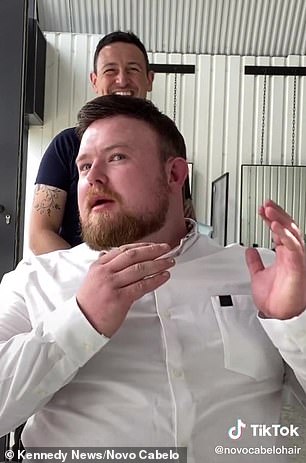 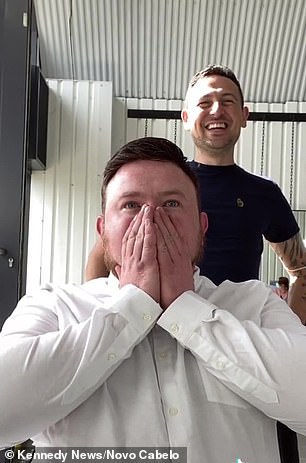 Adam, pictured at the end of the treatment, both left and right, said he wanted to try the hair system and show other balding men they shouldn’t be nervous about trying it 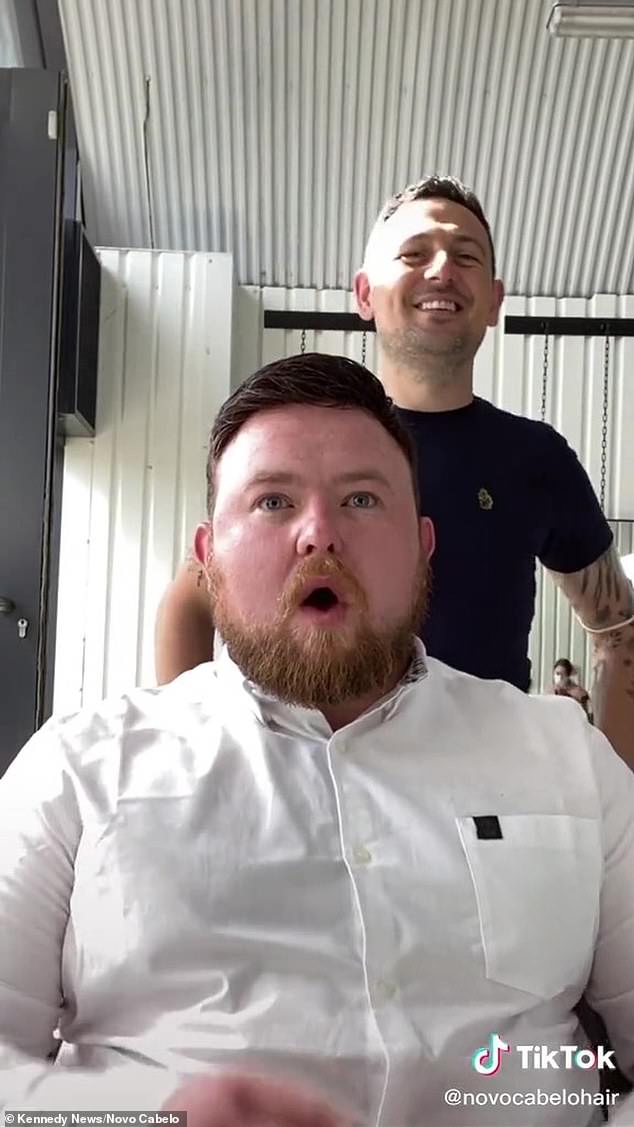 The 29-year-old admits he’s been looking into hair replacement treatment for the past five years but he’s been too scared people would mock his new style.

Rob said: ‘I didn’t know if he was going to like it or hate it, but his reaction was really emotional. It was lovely to see.

‘He realised that he really missed hair and that’s where the tears came from. When I saw that reaction it reminded me that I’m doing the right job and that I love my job. It’s like a drug.

‘He was so self-conscious about going out without a cap on. It was a really big deal. Once he came back with a hair system on he couldn’t wait to get out in public. He was a different person.’