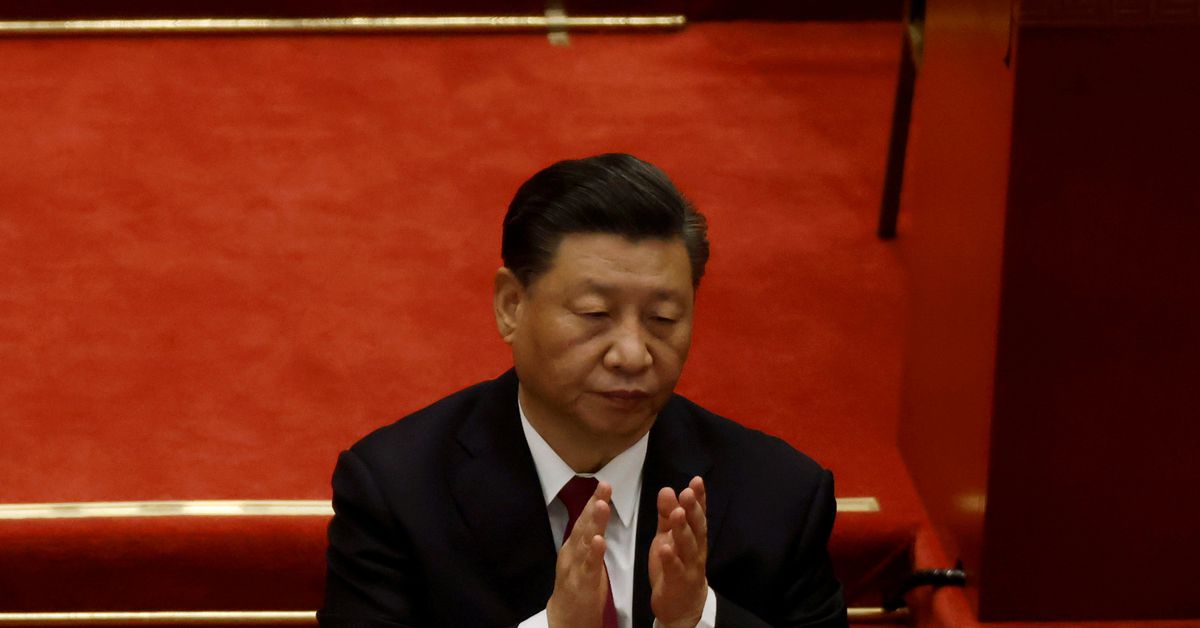 Chinese President Xi Jinping applauds at the opening session of the National People’s Congress (NPC) at the Great Hall of the People in Beijing, China March 5, 2021. REUTERS/Carlos Garcia Rawlins/File Photo

The Ministry of Education said Chinese President Xi Jinping’s “thought on socialism with Chinese characteristics in the new era” would be taught from primary school level all the way to university.

The move is aimed at strengthening “resolve to listen to and follow the Party” and new teaching materials must “cultivate patriotic feelings”, the guidelines said.

Since coming to power in 2012, the Chinese President has sought to strengthen the ruling Chinese Communist Party’s role in all areas of society, including its businesses, schools and cultural institutions.

“Xi Jinping Thought on Socialism With Chinese Characteristics for a New Era” was formally enshrined in the country’s constitution in 2018. Xi’s personal power has also been strengthened by the abolition of presidential term limits.

In a speech to mark the centenary of the Communist Party celebrated in July, Xi vowed to “enhance” the Party’s leadership, uphold his own “core” leadership and strengthen the unity of the Chinese people.