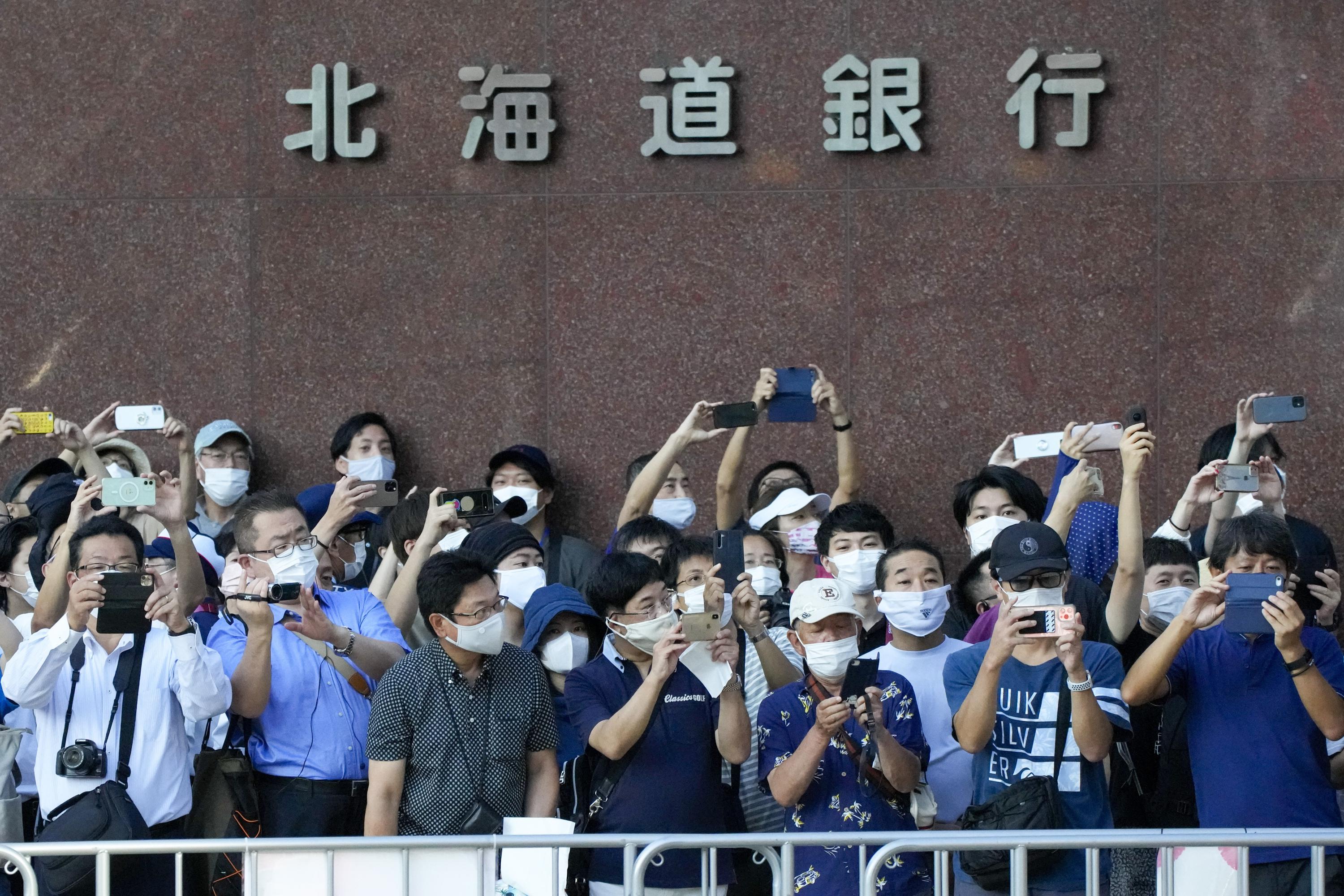 TOKYO (AP) — Japan expanded its coronavirus state of emergency on Wednesday for a second week in a row, adding eight more prefectures as a surge in infections fueled by the delta variant strains the country’s health care system.

The government last week extended the state of emergency until Sept. 12 and expanded the areas covered to 13 prefectures from six including Tokyo. With four new prefectures added to a separate “quasi-emergency” status, 33 of Japan’s 47 prefectures are now under some type of emergency measures.

Eight prefectures were upgraded from quasi-emergency status to a full emergency. They include Hokkaido and Miyagi in the north, Aichi and Gifu in central Japan, and Hiroshima and Okayama in the west.

Japan’s state of emergency relies on requirements for eateries to close at 8 p.m. and not serve alcohol, but the measures are increasingly defied. Unenforceable social distancing and tele-working requests for the public and their employers are also largely ignored due to growing complacency.

The Japanese capital has been under the emergency since July 12, but new daily cases have increased more than tenfold since then to about 5,000 in Tokyo and 25,000 nationwide. Hospital beds are quickly filling and many people must now recover at home, including some who require supplemental oxygen.

More than 35,000 patients in Tokyo are recovering at home, about one-third of them unable to find a hospital or hotel vacancies immediately. Only a small percentage of hospitals are taking virus patients, either for financial reasons or because they lack the capability to treat the infections, experts say.

Japan has weathered the pandemic better than many other countries, with around 15,600 deaths nationwide since the start, but its vaccination efforts lag behind other wealthy nations. About 40% of the population has been fully vaccinated, mainly elderly people.

Economy and Fiscal Policy Minister Yasutoshi Nishimura, also in charge of the COVID-19 measures, said Wednesday that infections are spreading among those in their 20s to 50s who are largely unvaccinated. He urged them to take extra caution.

“Just imagine you may be the one getting infected tomorrow,” he said.

Rising infections among schoolchildren and teenagers could accelerate the surge as they begin returning to school after the summer vacation, said Dr. Shigeru Omi, top government medical advisor. He proposed schools curtail activity and urged high schools and colleges to return to online classes.

“Infections in Tokyo are showing no signs of slowing, and the severely tight medical systems will continue for a while,” he told a parliamentary session Wednesday.

The government has faced criticism for holding this summer’s Tokyo Olympics and Paralympics despite strong opposition from the public. Officials deny any direct link between the games and the spike in infections.