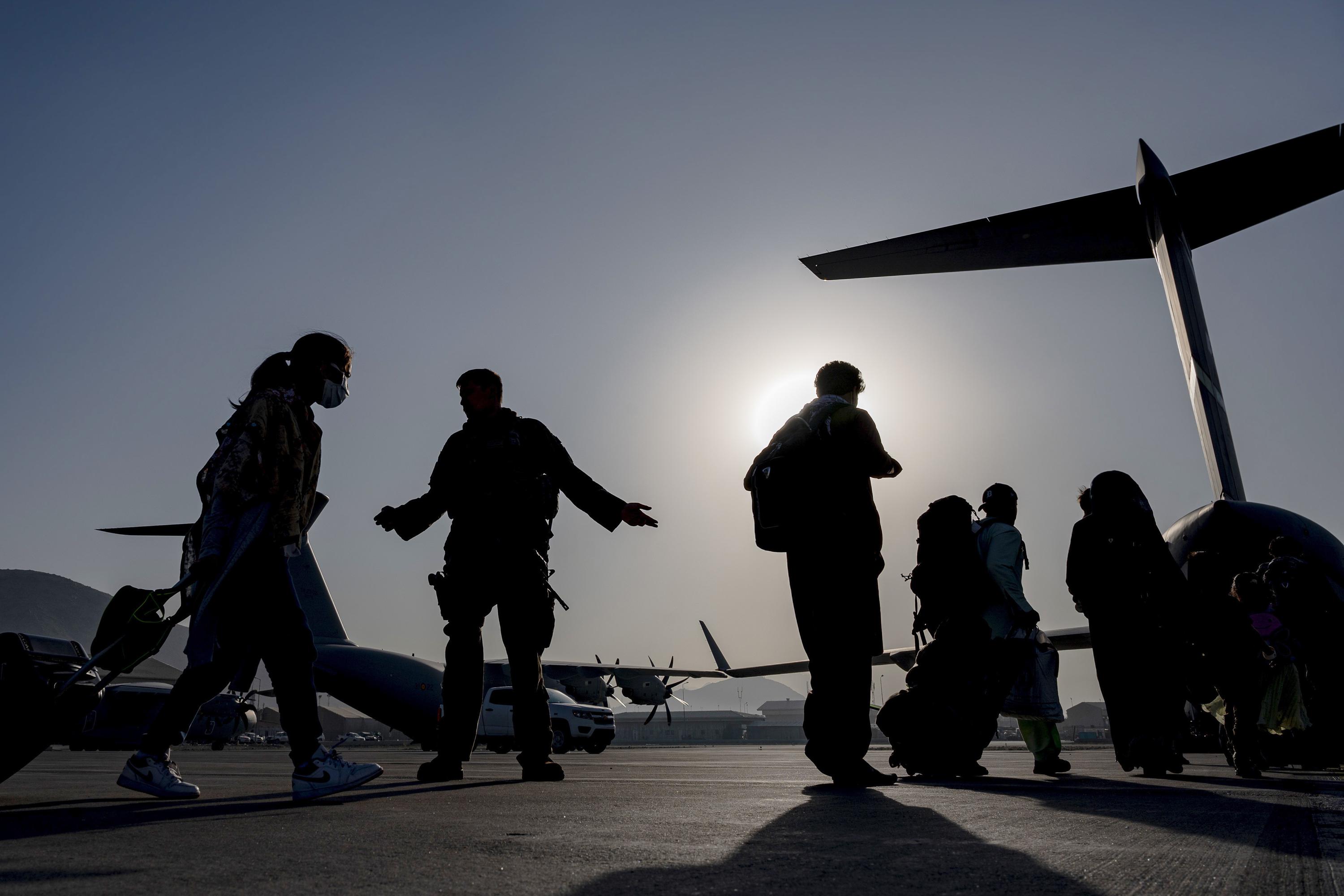 WARSAW, Poland (AP) — Poland ended its evacuations from Afghanistan, but other European nations vowed Wednesday to press on for as long as possible, as the clock ticks down on a dramatic airlift of people fleeing Taliban rule ahead of a full American withdrawal.

President Joe Biden said he will stick to his Aug. 31 deadline for completing the U.S. pullout, as the Taliban insisted he must, ramping up pressure on the already risky operation to fly people out of Kabul.

European allies pressed for more time but lost the argument, and as a practical matter, they may be forced to end their evacuations before the last American troops leave. Several countries have not said yet when they plan to end their operations, perhaps hoping to avoid yet another fatal crush at an airport, one of the last ways out of the country.

The Taliban wrested back control of Afghanistan nearly 20 years after they were ousted in a U.S.-led invasion following the 9/11 attacks, which al-Qaida orchestrated while being sheltered by the group. Their return to power has pushed many Afghans to flee, fearing reprisals or a return to the brutal rule they imposed when they last ran the country.

Thousands of people are still thought to be trying to leave, and it’s not clear that all of them will be able to before the end of the month. But any decision by Biden to stay longer could reignite fighting between the Taliban and Western troops running the airlift.

“Due to extreme tension on the ground … and the scheduled departure of American forces, these evacuations are a true race against time,” French government spokesman Gabriel Attal said Wednesday. He said that his country’s evacuation would likely end “a few hours, maybe a few days ahead” of the American departure.

The Taliban said they would allow normal commercial air traffic to resume when they assume control of the airport after Aug. 31, but it’s unclear whether airlines would be willing to fly into an airport controlled by the militants.

With the deadline looming, Marcin Przydacz, a Polish deputy foreign minister, said Wednesday that Poland had evacuated its last group after consulting with U.S. and British officials.

“After a long analysis of reports on the security situation, we cannot risk the lives of our diplomats and of our soldiers any longer,” Przydacz said.

A number of troops will remain briefly to wrap up operations, Przydacz said. Poland has used over a dozen planes to bring hundreds of evacuees to Warsaw. Some later traveled on to other countries.

The Czech Republic declared its own evacuation mission complete last week, and Hungary said it plans to end its operations soon.

The White House said Wednesday around 19,000 people were evacuated from Kabul over the last 24 hours. It said the U.S. has evacuated or facilitated the evacuation of around 82,300 people since the Taliban takeover in mid-August.

Pentagon spokesman John Kirby said the military will “continue to evacuate needed populations all the way to the end.” But he added that in the final days and hours there will have to be a balance as the 5,400 troops in Kabul and critical systems also need to be withdrawn.

In Kabul itself, life has been slow to return to normal, but many people — especially women — are staying inside, fearful of the Taliban or the general instability.

Kabul Mayor Dawood Sultanzoy said many city workers have yet to return to work, with the absence of experienced staff hindering normal operations. But he said the city has begun to remove the blast walls that became ubiquitous in recent years as the Taliban and other armed groups carried out bombings and other attacks against the Western-backed government.

The Taliban say the decades of war are over and there will be no revenge attacks on people who opposed them. But many Afghans distrust the group, and there have been reports of summary executions and other abuses in areas under Taliban control. Many fear a return to the Taliban’s hard-line Islamic rule of the 1990s, when women were largely confined to their homes.

Chaos at the Kabul airport has transfixed the world after the Taliban captured most of Afghanistan in a matter of days this month. Afghans poured onto the tarmac last week, and some clung to a U.S. military transport plane as it took off, later plunging to their deaths. At least seven people died that day, and another seven died Sunday in a panicked stampede.

Thousands have thronged the airport in the days since, and the U.S. and its allies have worked to speed the evacuation, sometimes flying people out before their paperwork is fully processed and bringing them to transit points. On Wednesday, a group of 51 people landed in Uganda, which became the first African nation to serve as a transit point.

European nations, including American allies Germany and the United Kingdom, had pressed for a longer window to continue evacuations. However, Biden has stuck to the August date, even after an emergency online summit of the Group of Seven nations.

That left European nations with no choice but to abide by the deadline.

“That the overall deployment literally stands and falls with the stance of the militarily strongest member of the alliance, the U.S., was always clear to us,” German Chancellor Angela Merkel said in a speech to parliament.

“We will continue the evacuation operation for as long as possible,” she added, without specifying when operations would end.

For now, the U.S. military coordinates all air traffic in and out of the Kabul airport. Taliban spokesman Suhail Shaheen tweeted that “people with legal documents” will be able to fly out of Kabul airport via commercial flights after the August deadline.

On Wednesday, a stream of military planes took off from the airfield as evacuees lined up on the tarmac. The desperate remained outside, some standing knee-deep in sewage and waving identity documents at Western soldiers in hopes of being allowed to go beyond the barbed wire fencing and onto a flight out.

While the final withdrawal date just under a week away, analyst Patricia Lewis said the practical deadline for the evacuations to stop was “the next couple of days.”

“There’s a huge amount of stuff that has to be done, including getting all the people out who are doing the job and all the equipment,” said Lewis, who is the director of the international security program at Chatham House, an international think tank.

“All of the allies are highly dependent on the U.S. for military cover, particularly air cover,” Lewis said. “They can’t put their own people at risk, so it really depends on when the U.S. starts packing up.”

This story has been updated to correct that the final withdrawal deadline is just under a week away, not over a week away.