Welcome to POLITICO’s West Wing Playbook, your guide to the people and power centers in the Biden administration. With Allie Bice and Louis Nelson

JAKE SULLIVAN is a D.C. golden boy — or at least he was.

The 44-year-old national security adviser — the youngest in 60 years — has suddenly found himself at odds with much of the American foreign policy establishment (sometimes called “the blob”), of which he has long been a card-carrying member, with Yale Law School and Rhodes Scholar credentials to match.

As he defends the Biden administration’s decisions regarding the U.S. withdrawal from Afghanistan, Sullivan has been more likely to find allies in people like Sen. BERNIE SANDERS (I-Vt.) adviser MATT DUSS and the non-interventionist Quincy Institute rather than in the pages of Beltway organs like “Foreign Affairs,” where he used to write occasional dispatches.

“Jake’s a really smart guy. He’s very competent. But are the leaders of the NSC and NEC quite as smart as they think they are?” asked IAN BREMMER, president of the international consulting firm Eurasia group and a go-to quote for much of the foreign policy-focused media. “I think more of the policy process needs to be inclusive than has been happening so far. Do they really not need the advice of the various Cabinet secretaries or allies or the senior generals in the Pentagon? I think they need more of that.”

The White House responded to this story with many calls and emails but ultimately declined to comment. It did, however, argue that Sullivan’s process was inclusive, fair, and that the Pentagon and other stakeholders had ample time to air their views.

Bremmer agreed with the Biden team’s decision to withdraw the last U.S. troops in Afghanistan after 20 years of war there, but says their implementation of that decision has been a mess, in particular the lack of coordination with European allies.

In the past, Sullivan has evaded blame for other blunders he’s been a part of — most notably HILLARY CLINTON’s losing 2016 presidential campaign, where he was a senior adviser. But the Biden administration’s withdrawal from Afghanistan has prompted rare murmurs of dissent aimed at Sullivan.

Last week, former Obama State Department official BRETT BRUEN wrote a USA Today op-ed calling for Biden to shake up his national security team, singling out Sullivan in particular. “While he knows all the theories and academic arguments in foreign policy, his overseas experience is less robust. It can lead to the disconnect between ideas and implementation,” Bruen wrote, a line that circulated in some foreign policy circles.

Bruen can prompt eye rolls from Democrats, who see him as media-hungry, but not everyone disagreed with his point that Sullivan may be a 2021 version of “The Best and the Brightest.”

“Constitutionally, he’s very well suited for high pressure situations, but he’s not tested — you don’t get tested by being the head of policy planning in the State Department,” a senior Defense department official in the Obama administration said, referring to Sullivan’s past role working for Clinton when she was secretary of State.

An anonymous Democratic member of Congress told The New York Times over the weekend that a handful of Democrats were discussing whether Sullivan’s resignation would help “reset the narrative,” a fact that caught the White House’s attention, according to administration officials.

Despite such criticism, there is no sign that Biden has lost confidence in Sullivan. He continues to be the White House’s go-to messenger on Afghanistan — appearing at the briefing room on Monday, the second time since Kabul fell to the Taliban — and some of Sullivan’s defenders say that he is simply executing the president’s policy which, the White House is quick to argue, is popular with voters.

Sullivan is right to be a traitor to “the blob,” his defenders say.

“The blob is trying to absolve themselves of failure and not telling the truth about this war the last twenty years and pin it all on someone, anyone, including Jake Sullivan,” said Duss, who remains a foreign policy adviser to Sanders. “My boss has said that Biden had a lot of courage to make this decision and that applies to Jake as well.”

Do you work in the Biden administration? Are you in touch with the White House? Are you NICOLE ORPHANIDES?

We want to hear from you — and we’ll keep you anonymous: [email protected]. Or if you want to stay really anonymous send us a tip through SecureDrop, Signal, Telegram, or Whatsapp here.

A message from Uber Driver Stories:

Meet Fallon. Delivering with Uber gives her the flexibility that she needs in order to keep up with her studies because education is important to her. She says, “I always knew that even with the financial support that I had, I would still have expenses for my tuition. Uber helped me sustain my life so I can use my other financial supports to pay for my education.” Watch her story in her own words below.

Which president was a licensed bartender before becoming president?

(Answer at the bottom.)

WHAT THE WHITE HOUSE WANTS YOU TO READ: Biden chief of staff RON KLAIN is flooding Twitter with messaging about the efficiency of the Afghanistan evacuation. It’s “the best run evacuation from a war America lost,” according to MSNBC’s LAWRENCE O’DONNELL, a tweet retweeted by Klain.

Despite images and videos showing Americans still scrambling to leave Kabul, Klain has been pushing the message that the U.S. is doing a great job amid the chaos. Klain also retweeted Sen. CHRIS MURPHY (D-Conn.), who wrote that “it didn’t take 2 weeks to evacuate 50,000. It took 10 days.” Murphy also noted in the Klain retweet that “it might be time for a bit of reassessment by the media of this operation given the actual results.”

WHAT THE WHITE HOUSE DOESN’T WANT YOU TO READ: The sentiments expressed by Rep. DAN CRENSHAW, the Texas Republican and former Navy SEAL. Crenshaw said what many are thinking: should be taking a harder line with the Taliban about the current Aug. 31 deadline for U.S. troop withdrawal.

“We need to send a very clear message to the Taliban: We’re not negotiating about our deadline,” Crenshaw said in a POLITICO Playbook virtual interview with RACHEL BADE and EUGENE DANIELS. “That should be the message. We should laugh at them when they say, ‘Oh well that’s a red line for us [and] you need to be out by August 31.’ No. And if you get in our way when we are extracting Americans, we will kill you. That is the only message that Biden should be delivering to the Taliban.”

“Thank you for your patience today. Promise not to make it a habit,” Psaki said after taking the podium. Later, as she flipped through pages in her massive binder, she noted, “a lot going on today. I will just note. No shortage.” 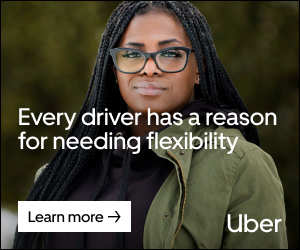 REALITY BITES — Alex teamed up with LARA SELIGMAN and (the other newsletter Alex) ALEX WARD to examine how the rhetoric coming out of the White House about Afghanistan compares to the realities on the ground in Kabul. They conclude: “The West Wing is looking increasingly disconnected from reality as it strives to project a sense of calm competence.”

“While the evacuation has significantly ramped up in recent days, the reality on the ground belies the narrative that the situation is under control,” Lara and Alex2 write. “The scenes around Kabul airport have been marked by violence, disorganization, bureaucratic in-fighting and delays, according to video and text exchanges viewed by POLITICO.”

IT’S NOT ALL DOOM AND GLOOM FOR BIDEN: The Democratic-led House passed a $3.5 trillion budget framework this afternoon, capping off several days of furious negotiating and ending a weeks-long stalemate between Speaker NANCY PELOSI and a band of Democratic centrists, advancing a major plank of the president’s domestic agenda. More here from HEATHER CAYGLE, SARAH FERRIS, NICHOLAS WU and ANTHONY ANDRAGNA.

Biden met with his national security team to discuss Afghanistan, and later met virtually with G-7 leaders to discuss the U.S. military withdrawal and ongoing evacuations there.

In the afternoon, the president delivered remarks on Afghanistan in the Roosevelt Room.

Harris started the day delivering remarks in Singapore about her vision for the Indo-Pacific region, and then participated in a roundtable on supply chain management.

She also participated in a meet and greet at the U.S. Embassy in Singapore, before traveling to Hanoi, Vietnam, where she will stay overnight.

When Vice President Harris’ aide OPAL VADHAN was in first grade, her teacher had a list of supplies they needed to bring to class. In addition to those supplies, the teacher said students would need to bring “elbow grease” to class.

Tough talk for a group of 6 years olds, but we digress…

Naturally, Vadhan and her mother, an Indian immigrant, went to the store to look for some elbow grease, she said in an interview for a Loyola Marymount University course project.

The two didn’t have any luck, and Vadhan told her teacher she was unable to find the required grease. The teacher had to explain that “elbow grease” is a figure of speech for a hard working attitude.

Vadhan said that moment in her childhood made her feel out of place — a moment when she realized there were American norms she wasn’t accustomed to.

Former President ABRAHAM LINCOLN owned a bar that served as a store and a drinking establishment.

We want your tips, but we also want your feedback. What should we be covering in this newsletter that we’re not? What are we getting wrong? Please let us know.

A message from Uber Driver Stories:

As a woman of color, Fallon’s number one priority is to better herself through her education. And that means finishing her bachelor’s degree in business. At first, Fallon tried to go down the traditional route of working part-time. But she says it didn’t offer the flexible schedule that she needed.

“I tried to find a traditional part-time job but it didn’t offer me the flexibility that I needed. They wanted me to work 25 – 30 hours, that’s not something I could commit to. Uber worked around my schedule. When I finally finished school it was such a sense of empowerment and it made me want to see what was next to me because I knew what I was capable of. “