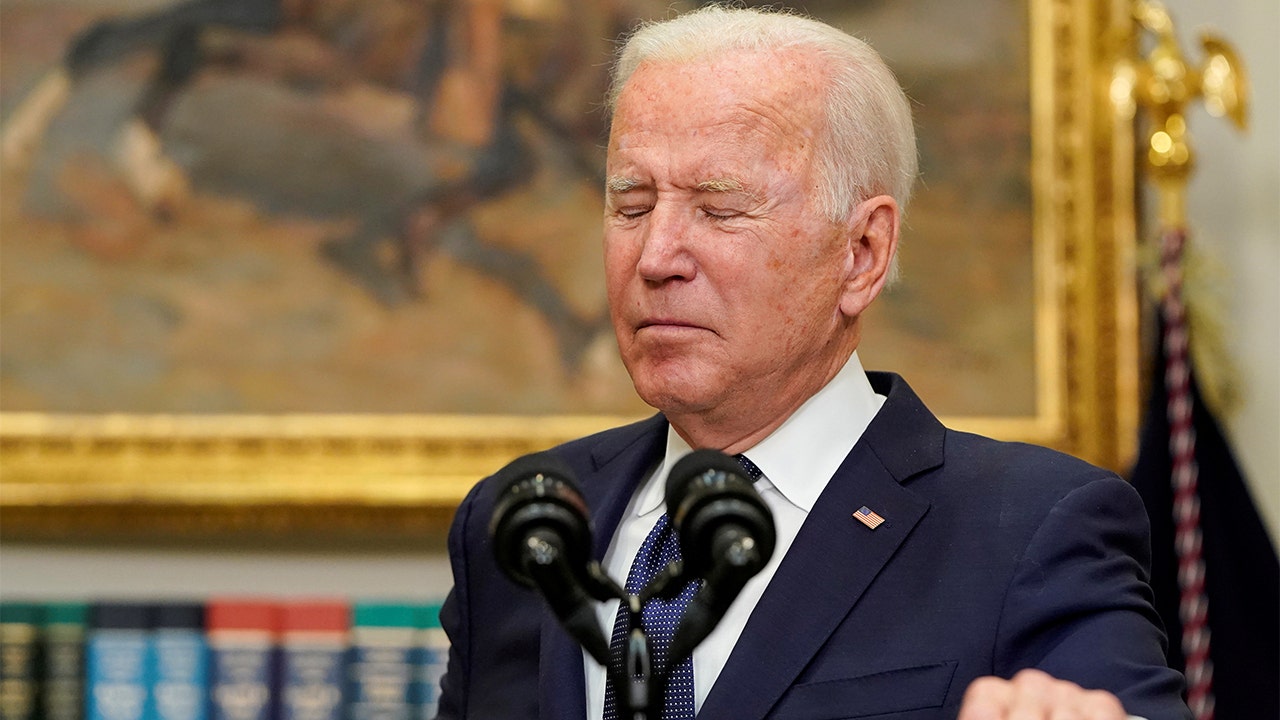 The distressing images out of Afghanistan appear to be having an instant political impact.

President Biden has been facing a barrage of bipartisan criticism for over a week-and-a-half for his handling of the hastily organized evacuation efforts, where U.S. forces are rushing to rescue as many Americans and allied civilians as quickly as possible following the lighting fast takeover of the capital city of Kabul by repressive Taliban forces. The president’s being accused by both Republicans and some Democrats for underestimating the Taliban and overestimating the strength of the now collapsed U.S. backed Afghan government and military.

Amid the crisis in Kabul, the president’s approval rating is plunging, according to two new public opinion surveys released on Tuesday.

Biden’s numbers stand at 41% approval and 55% disapproval in a new USA Today/Suffolk University national poll. That’s a dramatic drop for a president whose approval rating, until a week and a half ago, had averaged in the low to mid 50s since taking over in the White House in late January. While Democrats are sticking with the president – 87% give him a thumbs up on the job he’s doing – his approval among independents stood at just 32%.

Biden’s numbers dropped from 50% approval-49% disapproval last month to 44%-54% now, according to a University of New Hampshire survey released on Tuesday. A contributing factor appears to be Afghanistan – Biden’s 48%-46% approval on foreign policy last month in the Granite State poll plummeted to 36%-60% in August.

It’s not just Afghanistan that’s troubling Americans. Amid rising inflation and a spike in COVID cases due the highly contagious delta variant, an NBC News poll released on Sunday indicated president’s approval rating on combating the coronavirus pandemic dropped from 69% in April to 53% earlier this month. And Biden stood at 47%-49% on handling the economy, down from 52%-43% in April.

“President Biden’s overall approval has taken a turn for the worse due to his awful job performance rating on Afghanistan,” Suffolk Political Research Center director David Paleologos highlighted. “His approval on immigration and the economy are also upside down. The only issue keeping him remotely in the game is his handling of the COVID-19 pandemic, where he is barely at 50%.”

The approval rating is the most monitored indicator of a president’s popularity and political strength, and it’s a crucial barometer for a president’s party’s success heading into a midterm election.

Even before the recent spate of events, Democrats already faced stiff political headwinds heading into the 2022 midterms, where they’re defending their razor thin majorities in both the House of Representatives and Senate.

Republicans have history on their side — on average, the party that wins the White House in a presidential election – in this case the Democrats – loses more than 25 House seats in the ensuing midterm election. And the once-in-a-decade congressional redistricting process, which is currently underway, is expected to favor the GOP, as Republicans control more state legislatures and governor’s offices.

Fox News spoke with four Democratic strategists and consultants who are campaign veterans about concerns the president’s fumbling of the Afghanistan exit, as well as the recent rise in COVID cases and inflation, will aversely affect their party’s chances in next year’s midterms. The four asked to remain anonymous to speak more freely.

“Democrats, because of how much is going on and how much they need to navigate, they need to stop thinking about winning in the 2022 elections,” one strategist, who has many progressive clients, stated. “Instead, Democrats need to start thinking about the best type of legislation that they can pass to serve the American people.”

Another strategist acknowledged that “you never want to see approval ratings go down.”

But the campaign veteran noted that “there’s a million life cycles between now and the election next year. Things may not be going as we hope right now, but there’s a lot of time for things to change and to turn things around and it’s to be seen whether this is a momentary blip in terms of the approval rating.”

The strategist cautioned that “it’s a fool’s errand to make a guess on the 2022 midterms in August of 2021.”

Foreign policy – specifically the Iraq War – was a top issue in the 2006 midterm elections. Growing opposition to the conflict contributed to the drop in then-President George W. Bush’s approval ratings and the blue wave that the Democrats rode in winning back majorities in both houses of Congress.

But overseas conflicts have not been the most pressing issues in elections over the past decade.

“Foreign policy tends to fade from people’s memories,” a third Democratic consultant argued. “It’s hard to imagine this will be the top of mind issue voters will think about when it comes to the election next year.”

House Republican leader Rep. Kevin McCarthy, in an Fox News interview last week, pointed to the current climate and argued that “you look at the issue set of where the public is at – crime, inflation, wokeism, the border – all of those the Democrats have to play defense. Republicans don’t have to play defense at all.”

But another Democratic consultant’s not concerned.

“On the fundamentals I’m not worried, because President Biden and the Democratic Congress have taken measurable historic steps to repair four years of chaos, noise, and disruption,” the campaign veteran emphasized. “The same voters that chose us in 2020 will see the measurable impact the Democrats have had on their lives.”