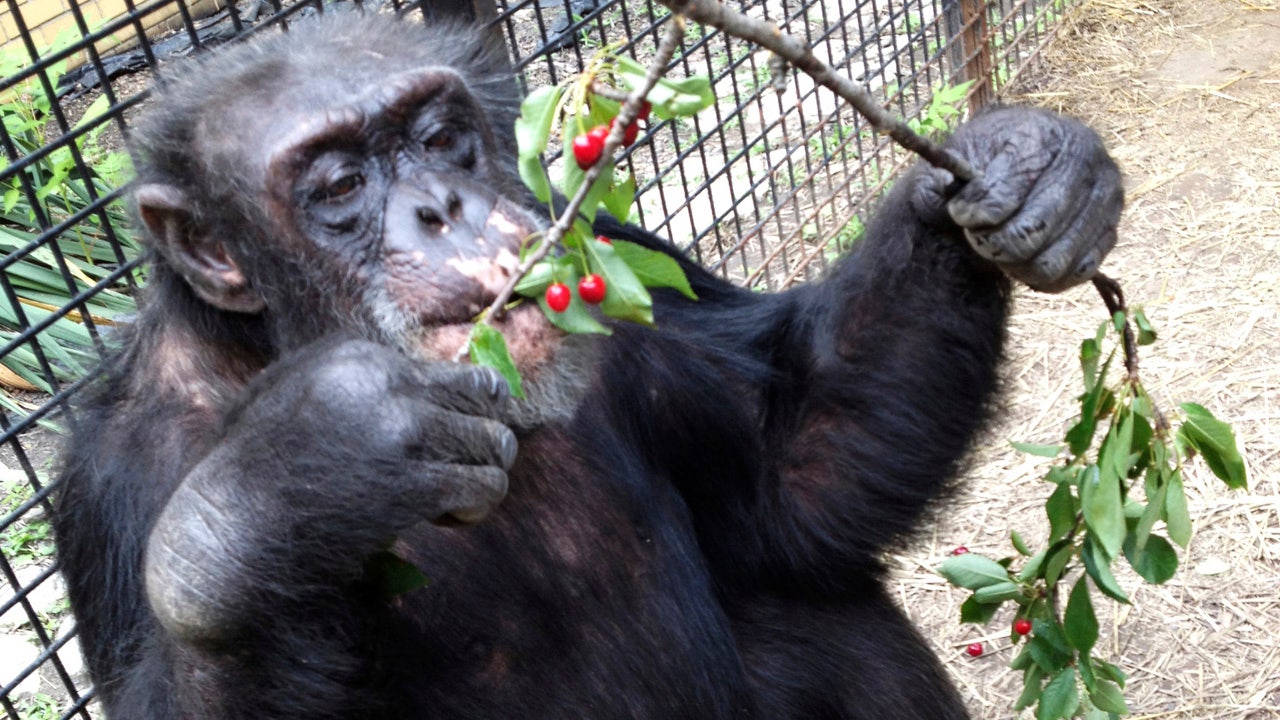 Forget a monkey’s uncle, this woman wants to be one’s wife.

A monkey-loving woman has been banned from visiting a male chimpanzee at a zoo in Antwerp, Belgium, after officials declared their relationship unhealthy for the animal’s socialization with other chimps.

“I love that animal and he loves me,” Adie Timmermans told Belgian channel ATV of her simian soulmate, according to LadBible.

The heartsick woman had reportedly been visiting the male chimp, named Chita, on a weekly basis for four years in what she described as a real “relationship.”

During their visits, the two bar-crossed lovers would reportedly blow kisses and wave to each other through the glass of the primate’s enclosure — although thankfully they didn’t engage in any interspecies whoopie.

Nonetheless, Timmermans believes that their attraction is mutual.

Unfortunately, the zoo has since put the kibosh on their unorthodox love affair as it’s reportedly caused Chitah to get shunned by his fellow apes.

“When Chita is constantly surrounded by visitors, the other animals ignore him and don’t consider him part of the group,” zoo curator Sarah Lafaut told ATV of the primate pariah, who reportedly spends 15 hours — outside of human visiting times — completely alone as the result of his banishment.

Lafaut explained, “An animal that is too focused on people is less respected by its peers. We want Chita to be a chimpanzee as much as possible.”

Timmermans, for one, is devastated over her ex-communication from the zoo.

“I haven’t got anything else,” the heartbroken gal protested. “Why do they want to take that away?’

She added that her exile was especially unfair as other zoo-goers are still allowed to visit her primate paramour.

Unfortunately, the ban may ultimately prove futile: Zoo officials don’t think that Chita will ever be able to re-integrate into chimp society as his exposure to humans began at an early age

Originally a pet, the young chimp was donated to the wildlife facility at an age when he became unmanageable and has spent 30 of the last 38 years in captivity, LadBible reported.

As a result, Chita is very friendly with people to the detriment of his relationship with his own kind. He was even seriously injured during a 2008 fight with other male chimps.

Indeed, researchers from Chicago’s Lincoln Park Zoo have found that chimpanzees raised by humans had difficulties integrating with other chimps with social deficiencies lasting for decades after their release from captivity.

Sorgente articolo:
Woman banned from zoo after unhealthy relationship with chimp: ‘He loves me’ – foxnews.com