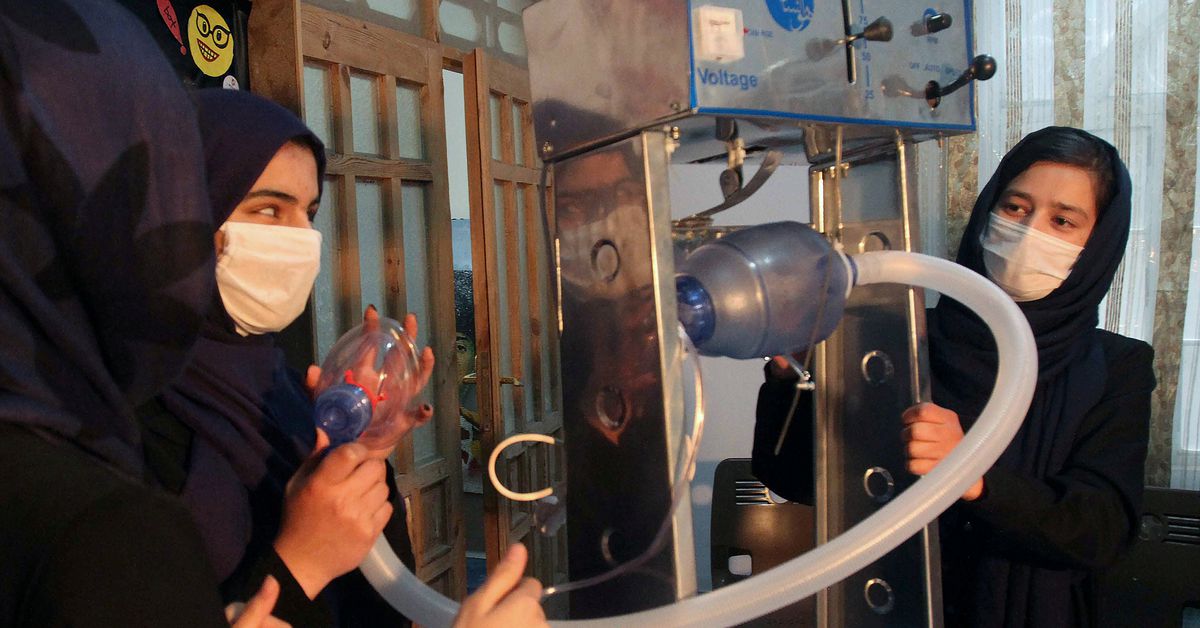 MEXICO CITY, Aug 24 (Reuters) – Five members of an all-girl Afghan robotics team and more than a hundred media workers have arrived in Mexico, fleeing an uncertain future at home after the recent collapse of the U.S.-backed government and takeover by the Taliban militant group.

“We give you the warmest welcome to Mexico,” said Mexican Deputy Foreign Minister Martha Delgado as she greeted the robotics teammembers during a news conference at Mexico City’s international airport late on Tuesday.

The Taliban seized power in Afghanistan last week as the United States and its allies withdrew troops from the country. The White House and U.S. allies are racing to complete the evacuation of all foreigners and vulnerable Afghans before an Aug. 31 deadline agreed with the Taliban, U.S. President Joe Biden said this week. read more

The robotics team, made up of women and girls as young as 14, has been heralded for winning international awards for its robots and started work in March on an open-source, low-cost ventilator as the coronavirus pandemic hit the war-torn nation.

The Taliban, which previously barred girls from schools and women from working when they ruled Afghanistan in the late 1990s, has promised to prioritize women’s rights and girls’ education.

Mexico has pledged to aid Afghan women and girls. Ebrard said on Aug. 18 that the country was processing refugee applications of Afghan citizens, especially women and girls, with the aid of Guillermo Puente Ordorica, Ambassador of Mexico in Iran.

Tuesday’s safe arrival in Mexico was made possible by an “extensive international effort and coordination from a group of volunteers” who helped the girls, according to a volunteer who requested anonymity for fear of the safety of the families that remain under Taliban control.

Other members of the robotics team landed in Qatar in recent days.

Greeting some of the 124 journalists and staff of Afghan and foreign media outlets who arrived from Kabul a few hours after the robotics team, on Wednesday morning, Foreign Minister Marcelo Ebrard said the decision to offer refuge followed a long tradition of Mexico welcoming people fleeing persecution.

“In this case, it’s people who are risking their lives to inform, to communicate. People committed to freedom of expression,” Ebrard said.

Both Mexico and Afghanistan are considered among the most dangerous countries for journalists.