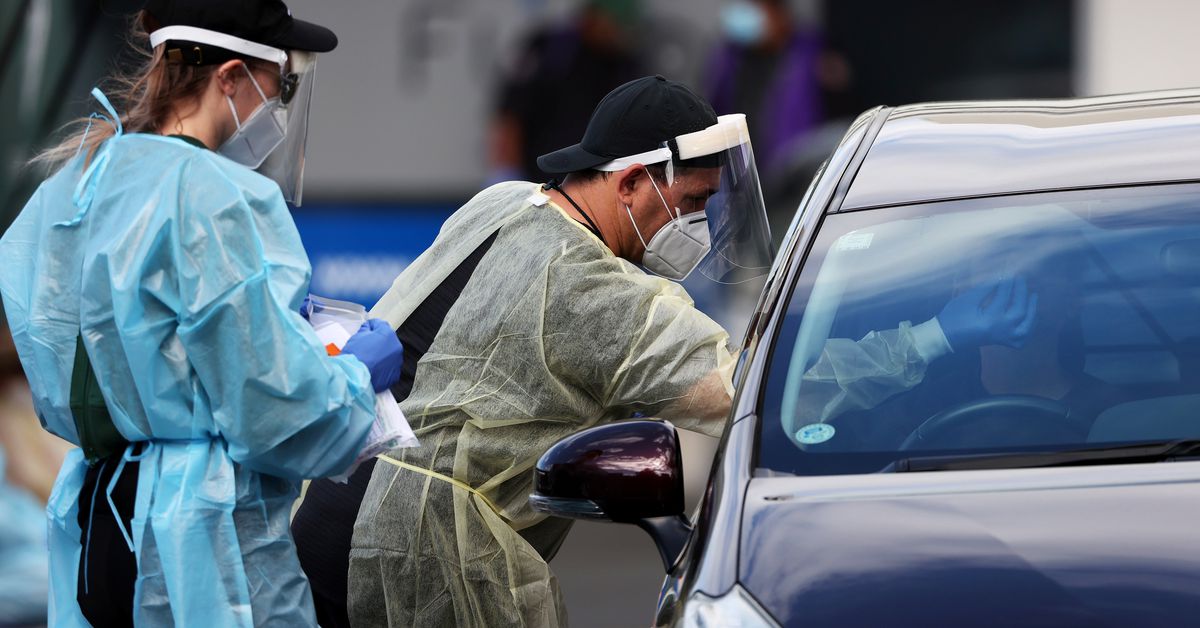 WELLINGTON, Aug 26 (Reuters) – New Zealand’s Prime Minister Jacinda Ardern said the strict nationwide lockdown enforced to stamp out COVID-19 was helping limit the spread of the highly infectious Delta variant, even as the number of new cases rose on Thursday.

New Zealand reported 68 new cases on Thursday taking the total number of people infected in the latest outbreak to 277. Of the total cases, 263 are in Auckland and 14 are in the capital Wellington.

The entire country of 5 million is under stay at home orders, with schools and most workplaces closed until at least the end of the month.

“Lockdown is having an impact but Delta is very tricky,” Ardern said at a news conference. “We do need to be incredibly vigilant.”

A medical worker administers a COVID-19 test at a testing clinic during a lockdown to curb the spread of a coronavirus disease (COVID-19) outbreak in Auckland, New Zealand, August 26, 2021. REUTERS/Fiona Goodall

New Zealand has been largely free of the virus since last year, barring a small number of cases in February, but that changed last week after an outbreak of the Delta variant erupted in Auckland, prompting Ardern to order the lockdown.

Ardern’s strategy to eliminate the virus using strict border controls and snap lockdowns has widespread support in New Zealand, but her government has faced criticism over its vaccination progress, among the slowest in the OECD.

Elimination will continue to be New Zealand’s strategy until majority of its population is vaccinated, Ardern said.

“No one wants to use lockdowns for ever … that’s not our intention,” Ardern said. “But while we vaccinate, elimination is the goal.”

About 80% of the population has yet to be fully vaccinated. The government said 3 million doses have been administered so far and a record 87,000 people were vaccinated in the past 24 hours.