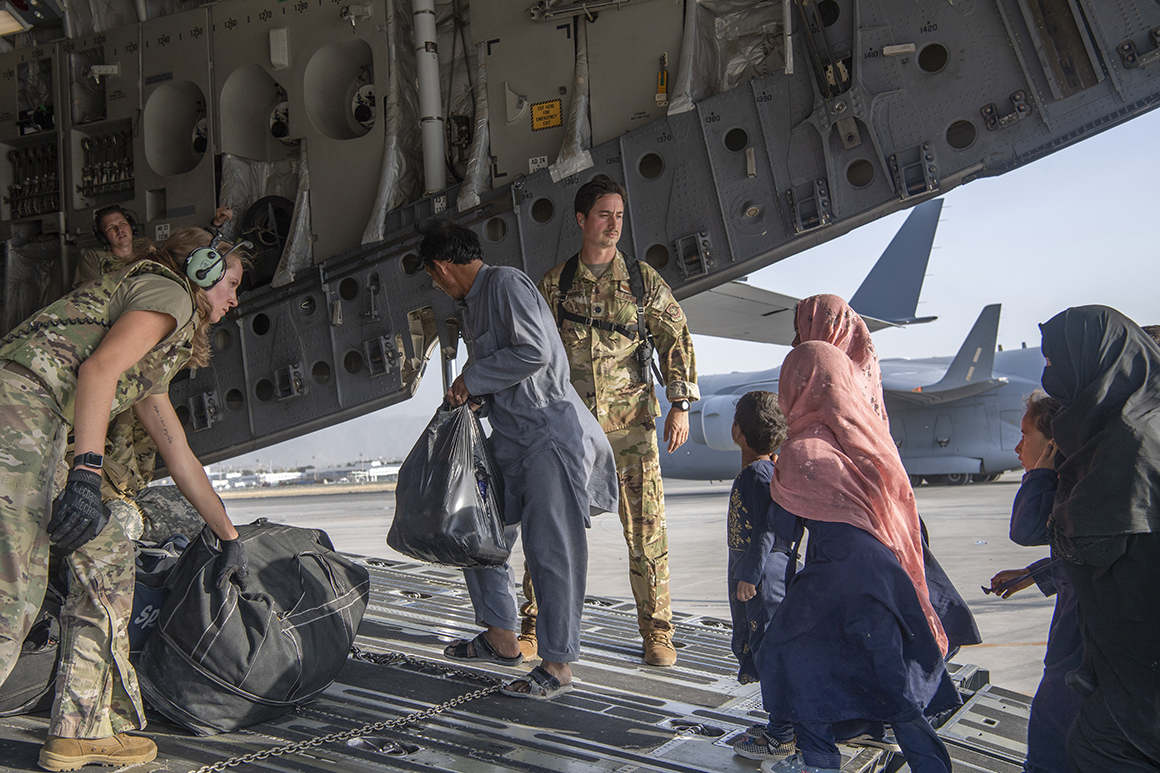 “Basically, they just put all those Afghans on a kill list,” said one defense official, who like others spoke on condition of anonymity to discuss a sensitive topic. “It’s just appalling and shocking and makes you feel unclean.”

A spokesperson for U.S. Central Command declined to comment.

The issue came up during a classified briefing on Capitol Hill earlier this week, which turned contentious after top Biden administration officials defended their close coordination with the Taliban. Biden officials contended that it was the best way to keep Americans and Afghans safe and prevent a shooting war between Taliban fighters and the thousands of U.S. troops stationed at the airport.

After the fall of Kabul, in the earliest days of the evacuation, the joint U.S. military and diplomatic coordination team at the airport provided the Taliban with a list of people the U.S. aimed to evacuate. Those names included Afghans who served alongside the U.S. during the 20-year war and sought special immigrant visas to America. U.S. citizens, dual nationals and lawful permanent residents were also listed.

“They had to do that because of the security situation the White House created by allowing the Taliban to control everything outside the airport,” one U.S. official said.

But after thousands of visa applicants arrived at the airport, overwhelming the capacity of the U.S. to process them, the State Department changed course — asking the applicants not to come to the airport and instead requesting they wait until they were cleared for entry. From then on, the list fed to the Taliban didn’t include those Afghan names.

As of Aug. 25, only U.S. passport and green card holders were being accepted as eligible for evacuation, the defense official said.

Still, that U.S. officials handed over a list of Afghan allies and American citizens and residents shows the extent to which they outsourced security of the airport’s outer perimeter to the Taliban. The Taliban has gone door-to-door in search of Afghan interpreters and others who helped U.S. and Western forces.

In written and verbal communications, Gen. Frank McKenzie, commander of U.S. Central Command, and Rear Adm. Peter Vasely, head of U.S. forces on the ground in Afghanistan, have referred to the Taliban as “our Afghan partners,” according to two defense officials.

The Biden administration has been coordinating the evacuation effort and airport security with the Taliban, which is running the checkpoints outside the airport’s outer perimeter. Officials have been “in daily communication” with Taliban commanders about who to let in, Pentagon spokesperson John Kirby told reporters this week.

The news comes just hours after two Islamic State terrorist attacks rocked the area just outside the airport, killing at least four U.S. Marines and wounding dozens more. A number of Afghans were also killed in the bombings.

After the attacks, Senate Foreign Relations Committee Chair Bob Menendez (D-N.J.) appeared to criticize the Biden administration’s strategy of coordinating with the Taliban, writing in a statement: “As we wait for more details to come in, one thing is clear: We can’t trust the Taliban with Americans’ security.”