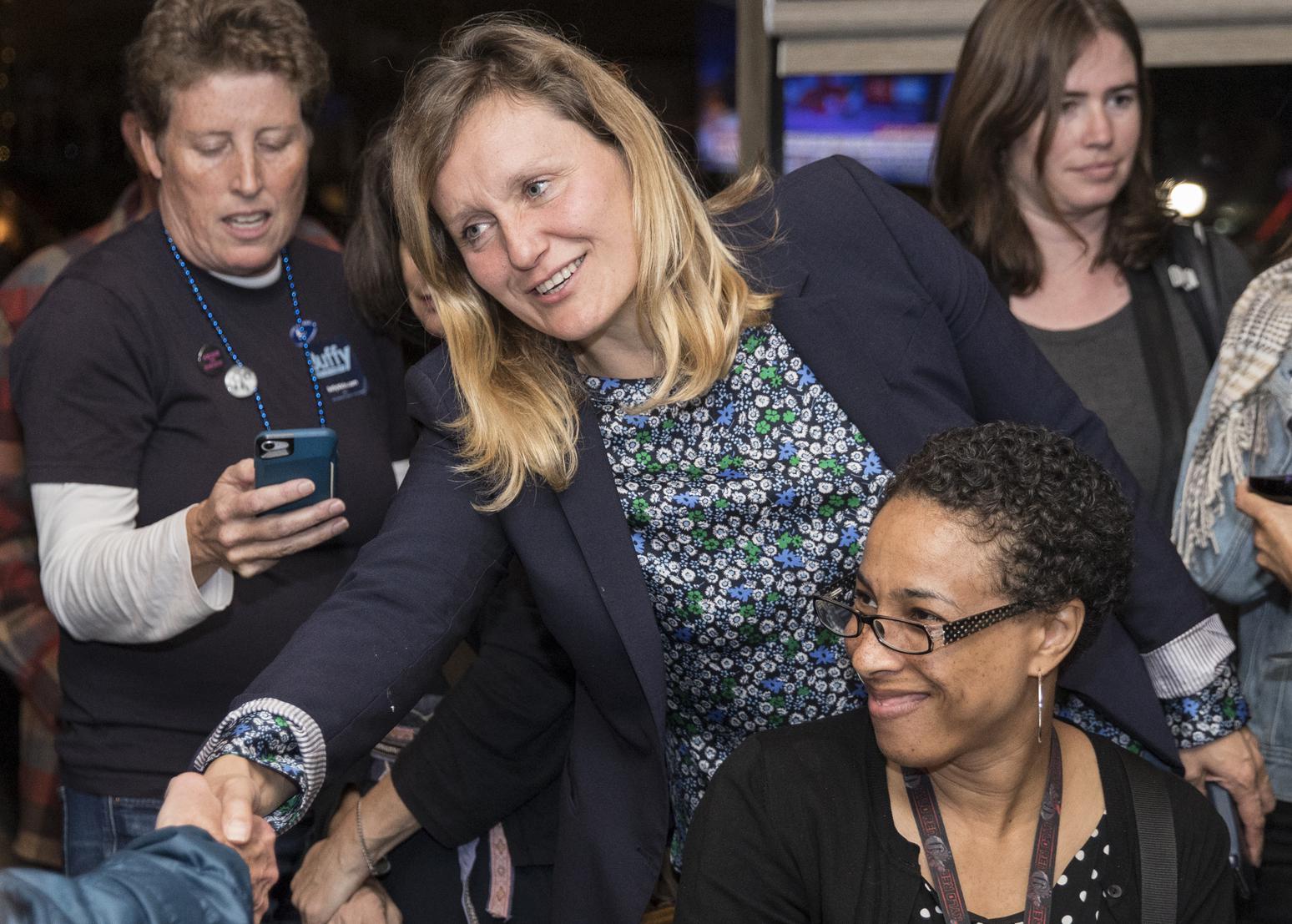 SACRAMENTO — California lawmakers could consider legislation this fall or early next year that would create a statewide coronavirus vaccine-or-testing mandate for employers, as well as a vaccine mandate for bars, restaurants, gyms and other venues.

Assembly Member Buffy Wicks, D-Oakland, said she is exploring a bill to require vaccines, which she may introduce as soon as the next few weeks, in order to boost a statewide vaccination rate that she believes is insufficient to protect Californians against the more infectious delta variant and another wave of the pandemic.

Nearly 56% of California residents have been fully vaccinated, and nearly 70% have received at least one shot.

“We still have a lot of room for improvement,” Wicks told The Chronicle in an interview Thursday, “and we know that vaccines, they reduce the spread, they reduce death, they reduce folks seeking serious ICU care. So we know that this is part of the solution to get out of this pandemic.”

Her proposal, which was first reported by Politico, has not formally been introduced in the Legislature. But there is a working draft — with Assembly Members Evan Low, D-Campbell, and Akilah Weber, D-San Diego, also listed as authors — which would put California out front of other states on mandatory vaccinations. Provisions in the measure have already been adopted by some local governments, including San Francisco.

It would require all employees in California who are eligible for the COVID-19 vaccine to provide proof of vaccination to their employers or undergo weekly testing to obtain a negative coronavirus test. Exceptions would be available for employees with medical conditions that make them ineligible for the vaccine or those who work remotely.

Employers would be required to provide 24 hours of paid sick leave for their employees to get vaccinated or recover from any symptoms.

The bill would also mandate that customers show proof of vaccination to enter bars, restaurants, gyms, hotels, spas, theaters, concert halls, stadiums, sports arenas, and other food and entertainment venues. Children who are ineligible to receive the COVID-19 vaccine, as well as people with disqualifying medical conditions, would be exempted.

If approved, the state Department of Public Health would have until Nov. 1 to develop a way to enforce the law.

It would be a stark contrast with Texas, the second most populous state, where Gov. Greg Abbott on Wednesday issued an executive order prohibiting state or local mandates requiring vaccinations.

The legislative session ends on Sept. 10, giving Wicks and her colleagues just two more weeks to introduce the bill and maneuver it through both houses of Legislature.

Wicks said they are meeting with representatives of organized labor, the business community, medical associations and public health groups to determine whether to move forward this year or wait until lawmakers return to Sacramento in January. She said the decision will come down to whether they can quickly come up with a final approach that “actually moves the needle” on increasing the vaccination rate and is capable of passing and being signed into law.

Representatives for Assembly Speaker Anthony Rendon, D-Lakewood (Los Angeles County), and state Senate President Pro Tem Toni Atkins, D-San Diego, could not immediately say whether the legislative leaders supported the concept of a statewide vaccine mandate and would work to shepherd the bill to the governor’s desk.

A spokesperson for Gov. Gavin Newsom, who has in recent weeks ordered mandatory vaccines for health care workers, state government employees and school staff, said he does not comment on pending legislation.

“I get that this is sort of a controversial topic or has become polarized in our current political debate,” Wicks said. “But we’re trying to do something here that’s based in science, that’s based in public health, that actually helps with our communities.”