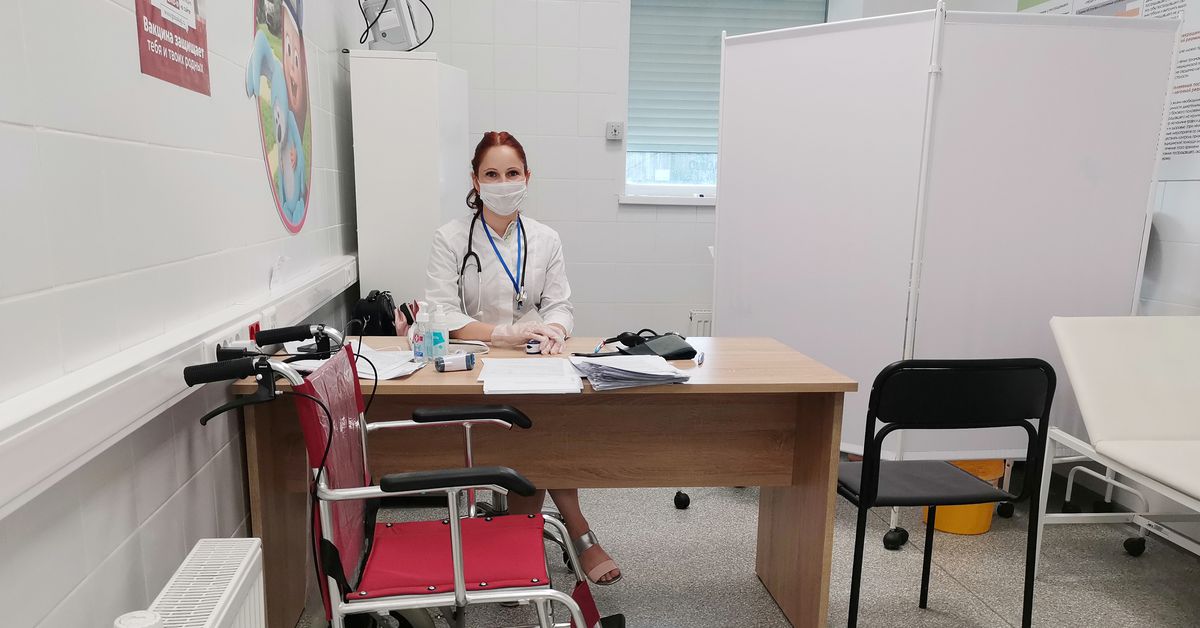 BELGOROD, Russia, Aug 25 (Reuters) – Doctor Sergei Pashkov is on the front line of a rare success story for Russia’s torpid COVID-19 vaccination campaign: In the Belgorod region where he works, 50% of adults have been fully vaccinated and pressure on hospitals has eased.

The epidemiological picture in Belgorod, around 580 km (360 miles) south of Moscow, provides the best real-world evidence yet that mass inoculations of Russia’s Sputnik V can reduce the number of serious COVID-19 cases.

The European Union has yet to approve Sputnik V for use in the 27-nation bloc, citing the need for further information, though some individual member states have moved to buy it.

“There’s practically nobody (in my infection ward),” Pashkov, a doctor in the region’s Krasnaya Yaruga district, told Reuters.

In Russia, only 26% of adult residents had been fully inoculated as of Aug. 6, according to Reuters estimates. Shots have been available since January, but polls show many Russians are sceptical.

By contrast, Belgorod, with a population of 1.5 million, has administered both vaccine doses, mostly Sputnik V, to 620,000 people so far and is recording fewer COVID-19 hospitalisations than other regions.

The proportion of inoculated people – 50% of adults – puts it close to the 60% threshold that Moscow thinks is needed for herd immunity. World Health Organisation experts put the threshold at around 65-75%, which the Delta variant may push higher.

Some experts estimate the herd immunity threshold is closer to 90% or more and that the idea of herd immunity itself may be threatened by future variants.

The only place to vaccinate a bigger proportion of people with Sputnik V is the tiny Republic of San Marino that has administered the shots to most of its 34,000 population, a number too small to draw conclusions on the results of mass vaccinations. read more

Authorities in Belgorod told Reuters the number of coronavirus cases per thousand people was 35.7% lower during the third wave of Russia’s pandemic this summer than during the second wave last winter.

Alexander Dragan, an independent data analyst, said that Belgorod had recorded the slowest increase in hospitalisations of any Russian region during this summer’s case surge, citing an analysis of official data that he conducted.

Five doctors at four hospitals in the region told Reuters that they have had increases in COVID-19 cases but they were much lower than a surge in winter that they linked to vaccinations.

“The burden has become more even… Some doctors can even go on holiday,” said Alyona Bogomazova, deputy chief doctor at Borisovka hospital.

Russia does not publish nationwide hospitalisation figures. But the local administration said that the number of COVID-19 hospital in-patients was 30% lower in August than January.

For comparison, Moscow recorded a much smaller drop of 6.2% fewer hospitalisations in June from December, according to Reuters estimates based on official data.

Roman Protsenko, the head doctor of Belgorod city’s hospital, said that the number of people in his intensive care unit had not fallen however. He said he thought that was because the virus had become more aggressive.

He also said that only 1.8% of his in-patients had been vaccinated.

Belgorod was one of the first Russian regions where authorities tried to boost vaccine uptake by giving additional payments to medical workers in May for administering more injections.

Vaccinations in the region have remained officially voluntary unlike in dozens of other regions where they are mandatory for some.

Belgorod’s authorities say nobody has been forced to have the shots, but five people said earlier this year that they had come under pressure. read more