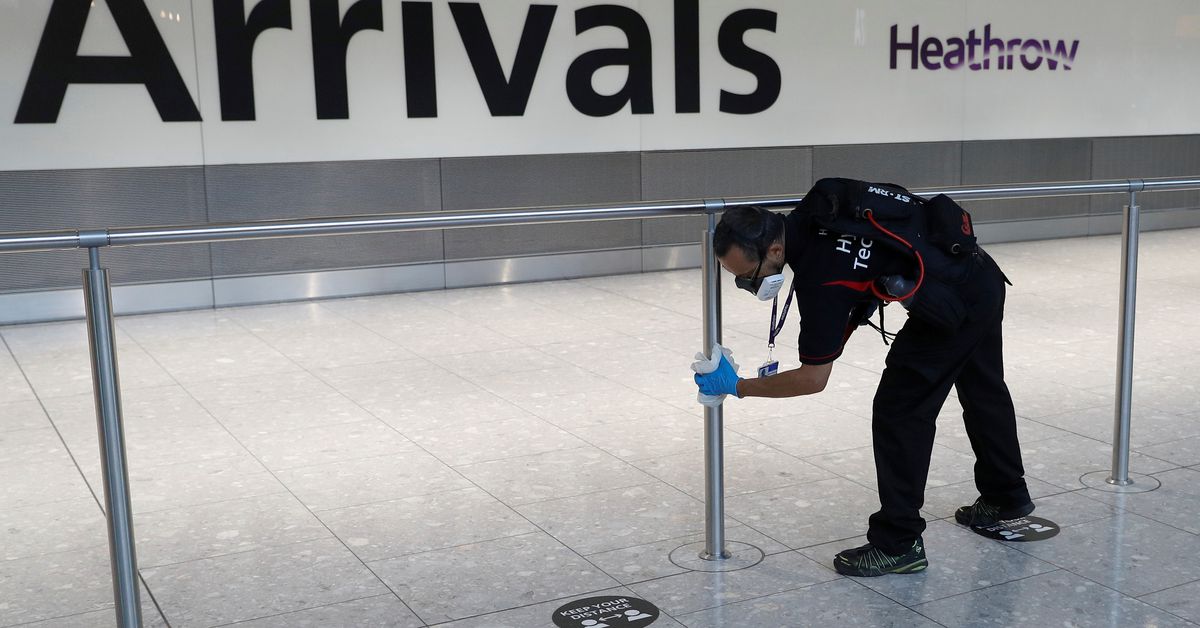 A worker sanitises a barrier at the International arrivals area of Terminal 5 in London’s Heathrow Airport, Britain, August 2, 2021. REUTERS/Peter Nicholls

LONDON, Aug 26 (Reuters) – England will add Thailand and Montenegro to its “red list” of destinations that require travellers to quarantine in a hotel on their return, the government said.

Canada, Denmark, Finland, Lithuania, Switzerland, Liechtenstein and the Azores would be added to England’s “green list” of places that are safe to visit without requiring quarantine on return.