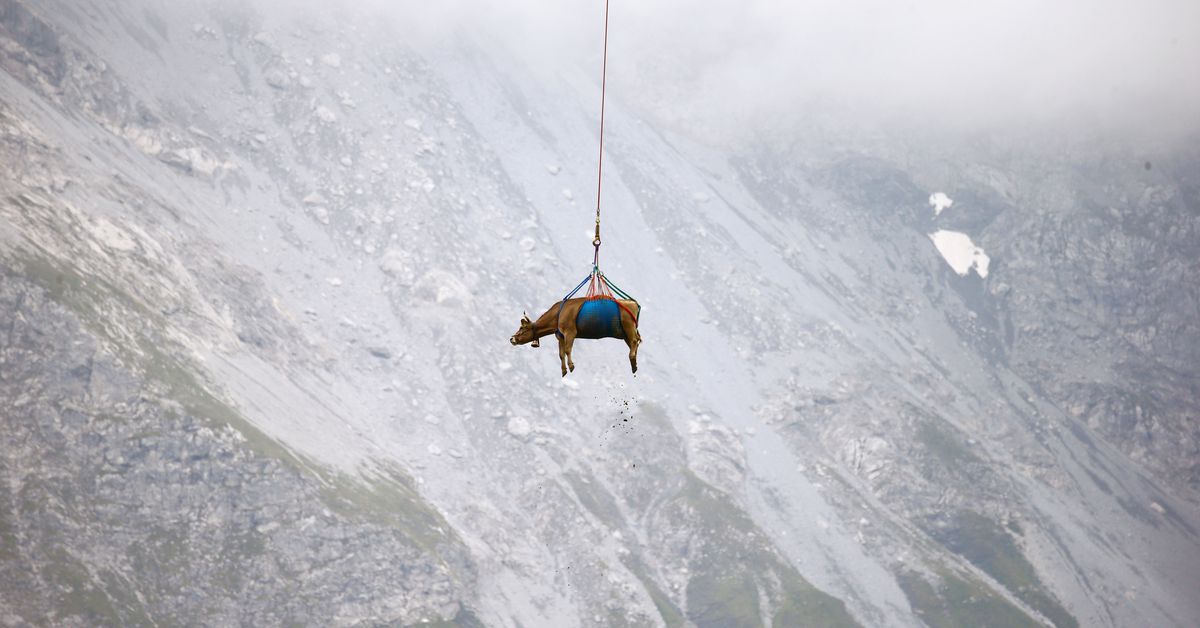 KLAUSENPASS, Switzerland, Aug 27 (Reuters) – Cows injured during their summer sojourn in the high Swiss Alpine meadows got a jump on their healthier herdmates on Friday when they got helicopter rides down the mountain.

A dozen beasts got the lift to land near the Klausenpass mountain pass, around 1,950 metres (6,400 feet) above sea level.

The rest of the 1,000-strong herd was due to head down this weekend to the Urnerboden area in the central canton of Uri in the annual bovine parade.