Prime Minister Naftali Bennett’s government has been in talks with the Palestinian Authority to send hundreds of millions of shekels to Ramallah amid the latter’s growing budget crisis, sources in Jerusalem and Ramallah told The Times of Israel.

A tentative agreement for an Israeli financial package worth NIS 800 million ($247 million) to the PA has been formulated, an Israeli official said on Friday, with another official familiar with the matter describing the deal as “practically done.”

There had been plans to announce the package before Bennett’s trip this week to Washington, where the Biden administration is looking for Israel to act on rhetoric in favor of “deescalating the conflict” with the Palestinians and to advance measures that strengthen the PA. However, the financial package was not finalized in time for that.

Senior PA official Ahmad Majdalani confirmed that talks on financial support were ongoing between the two sides. He said the funds would not be a loan, rather an advance on tax revenues Israel collects on Ramallah’s behalf.

“There’s discussion around an advance on what we are owed, not a loan,” Majdalani said.

Both the Israeli and Palestinian Authority finance ministries could not immediately be reached for comment.

The Palestinian Authority has found itself in a difficult position in recent months. Hamas, its key rival, has been growing in popularity since the terror group’s 11-day battle with Israel in May. 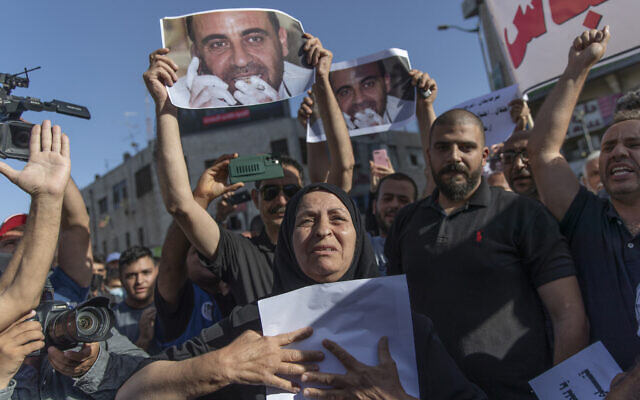 Maryam Banat, 67, mother of Palestinian Authority critic Nizar Banat, holds a poster with his picture at a rally protesting his death, in the West Bank city of Ramallah, July 3, 2021. (AP Photo/Nasser Nasser)

Meanwhile, the West Bank economy has been battered by the coronavirus, shrinking by 11.5 percent over the course of 2020.

The PA government budget has also taken a serious hit, with a Western diplomat warning The Times of Israel in late July that the PA was “about to collapse due to lack of revenues.”

The majority of the budget is derived from tax revenues Israel collects on its behalf, known as clearance revenues.

Under a 2018 Israeli law, Israel regularly confiscates money from the revenues to penalize Ramallah for its policy of paying stipends to Palestinian security prisoners, those killed during violent confrontations with Israeli forces, and their families — including those who committed terror attacks against Israelis.

Earlier in August, the Israeli government signed off on the confiscation of 600 million NIS ($186 million) over the course of six months. The figure was said to be approximately the same as what Ramallah pays out in salaries to terror convicts and families of so-called martyrs in 2020.

“This places us in a difficult financial position and weakens our ability to fulfill our financial obligations, and our commitments to our people,” PA Prime Minister Mohammad Shtayyeh told this cabinet on August 10. 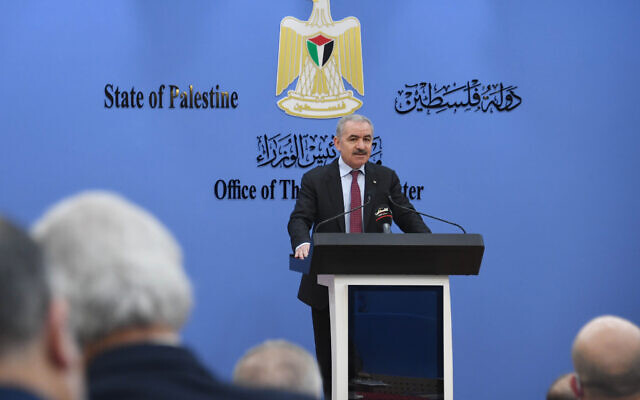 At the same time, Ramallah has seen a major drop in Arab and international aid, which previously accounted for a significant chunk of its budget. In 2019, the PA received around $300 million in budget support by the end of June. In 2021, however, they got just $30.2 million — barely more than one-tenth the amount.

The European Union, Ramallah’s largest single donor, has chalked up the delay on their end to technical reasons. But the timing, against the backdrop of the ongoing protests and arrests, is striking.

The Western diplomat denied that the delay in funding had anything to do with the recent crackdown.

“There is no element of sanctioning the PA because of their track record over the past six months. It’s simply a technical issue,” they told The Times of Israel.

The diplomat criticized the Israeli decision to confiscate money from the tax revenues, saying it contradicted the new government’s stated intention to strengthen the PA.

“The very day Lapid was in Brussels, talking about strengthening the Palestinian Authority economy and the PA… Lieberman confiscated NIS 600 million. It makes one say, what are you doing?” the Western diplomat said.