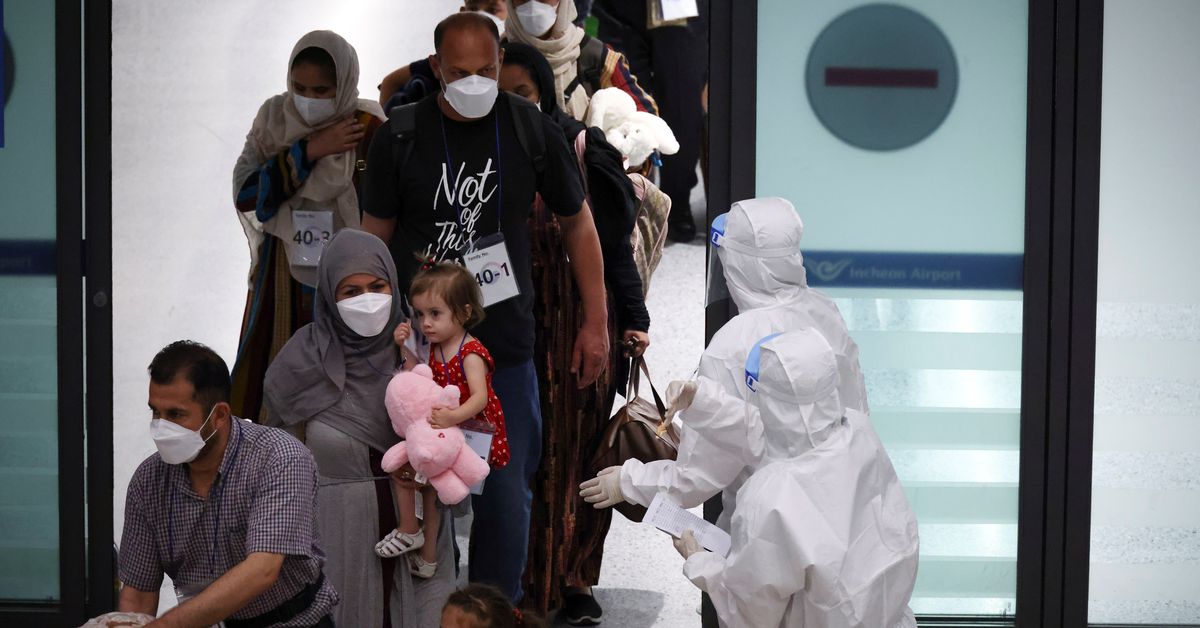 SEOUL, Aug 26 (Reuters) – Nearly 400 evacuated Afghans arrived on Thursday in Seoul, where the government said it was amending the law to allow long-term stays for those who worked on South Korean projects in Afghanistan before the Taliban seized power this month.

Immigration is a contentious issue in South Korea, where many pride themselves on ethnic homogeneity, even as the population of 52 million ages rapidly and the labour force dwindles.

At least two flights were to bring in 391 people, including the families of workers at the Korean embassy, the Korea International Cooperation Agency (KOICA), a hospital and Korean government-run vocational training institute and military bases.

Justice Minister Park Beom-kye said many Koreans had received international support after having had to flee during the Korean War, from 1950 to 1953.

“Now it is time for us to return the favour,” he told a briefing at Incheon airport outside the capital, before the arrival.

The government was in the process of amending immigration laws to grant the Afghans long-term residency as foreigners who had provided special service to the country, Park added.

He acknowledged controversy over the plan, saying the decision to accept the Afghan evacuees had been “difficult”, but added that South Korea could not give up on its friends.

“Despite the fact that we are physically apart in a distant country, they were practically our neighbours,” he said. “How could we possibly turn a blind eye to them when their lives are at risk because of the fact that they worked with us?”

South Korea has accepted more than 30,000 North Korean defectors over the years, but it approves a much smaller number of asylum seekers from other countries.

In 2018 a sudden spike in Yemeni arrivals in the southern resort island of Jeju stoked fears over a possible rise in crime and other social woes, prompting a government crackdown on arrivals.

Just 55 of the 6,684 people who sought refugee status in South Korea in 2020 received it, with 127 more allowed to stay for humanitarian reasons, although not designated as refugees, justice ministry data shows.