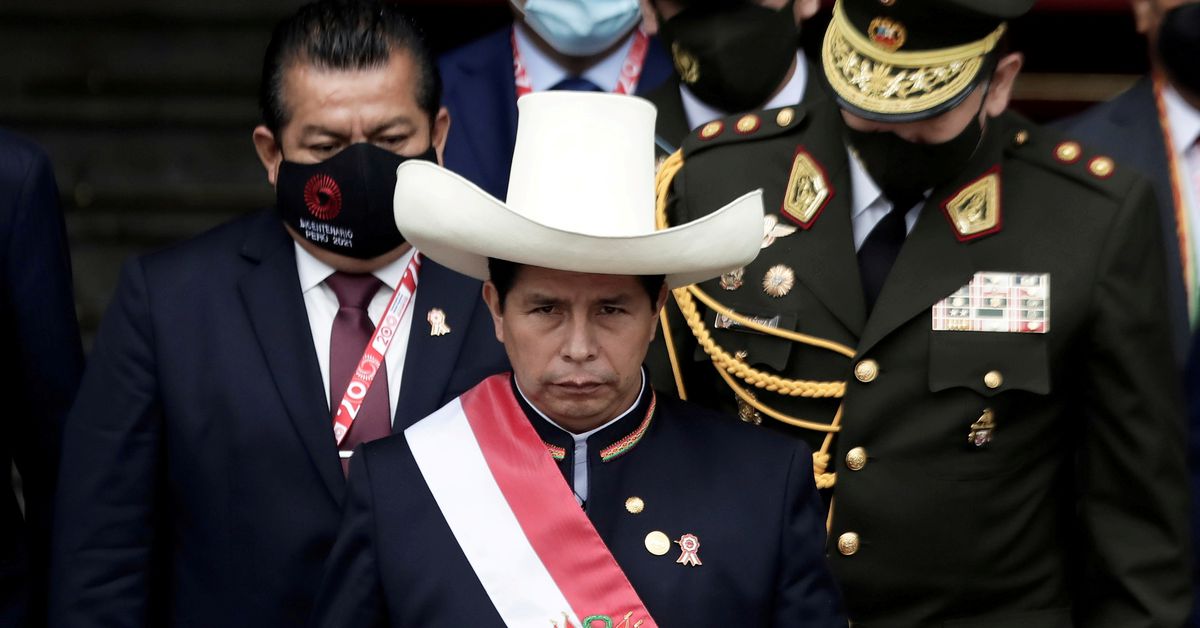 “I thank (Congress) for granting us the vote of confidence,” Castillo tweeted immediately after the vote. “Consensus-building will allow us to govern together with the people for the development of public policies with a social face.”

Overall, 73 lawmakers voted in favor and 50 voted against confirming the Cabinet. Castillo’s party, the Marxist-Leninist Peru Libre, holds only a minority of congressional seats.

The vote will give the Castillo administration some breathing room after a contentious first month, mired by allegations that some Cabinet members are aligned with a Maoist rebel group and a low 38% approval rating.

“This afternoon, what is perhaps the most mediocre Cabinet in republican history has been recognized,” said Hernando Guerra Garcia, an opposition lawmaker who represents the Popular Force party.

Castillo’s supporters say instead that the Cabinet represents historically marginalized Peruvians who do not hail from capital Lima.

Peru’s stock index rose 3.09% on Friday, although it was little-changed following the Cabinet vote, suggesting investors had already priced in a confirmation.

While Castillo wants to extract higher taxes from miners – Peru is the world’s second copper producer – he has yet to propose a framework to achieve it. Any tax reform would require congressional approval.

“We need to do that while protecting the sector’s competitiveness … in no way do the want to kill the golden goose.”

Public opposition to the proposed Cabinet was fierce in the days leading up to the vote and led Castillo to replace a far-left foreign minister with a more moderate pick before Friday.

Sources told Reuters that Castillo had mulled a broader Cabinet reshuffle that ultimately did not materialize.

Castillo is the fifth Peruvian president in five years, a period marked by hostility between the executive and the legislature branches of government, including several impeachment attempts.

The current legislature is led by a center-right opposition coalition. Several of them raised concerns about the new Prime Minister Guido Bellido, who heads the Cabinet.

Bellido is facing an investigation into whether he has committed “apology for terrorism” because of Facebook posts published years ago in which he appeared to support a former member of the Shining Path rebel group.

The Maoist Shining Path killed tens of thousands of Peruvians in the 1980s and 1990s. Bellido denies the allegations and has not been charged with a crime.