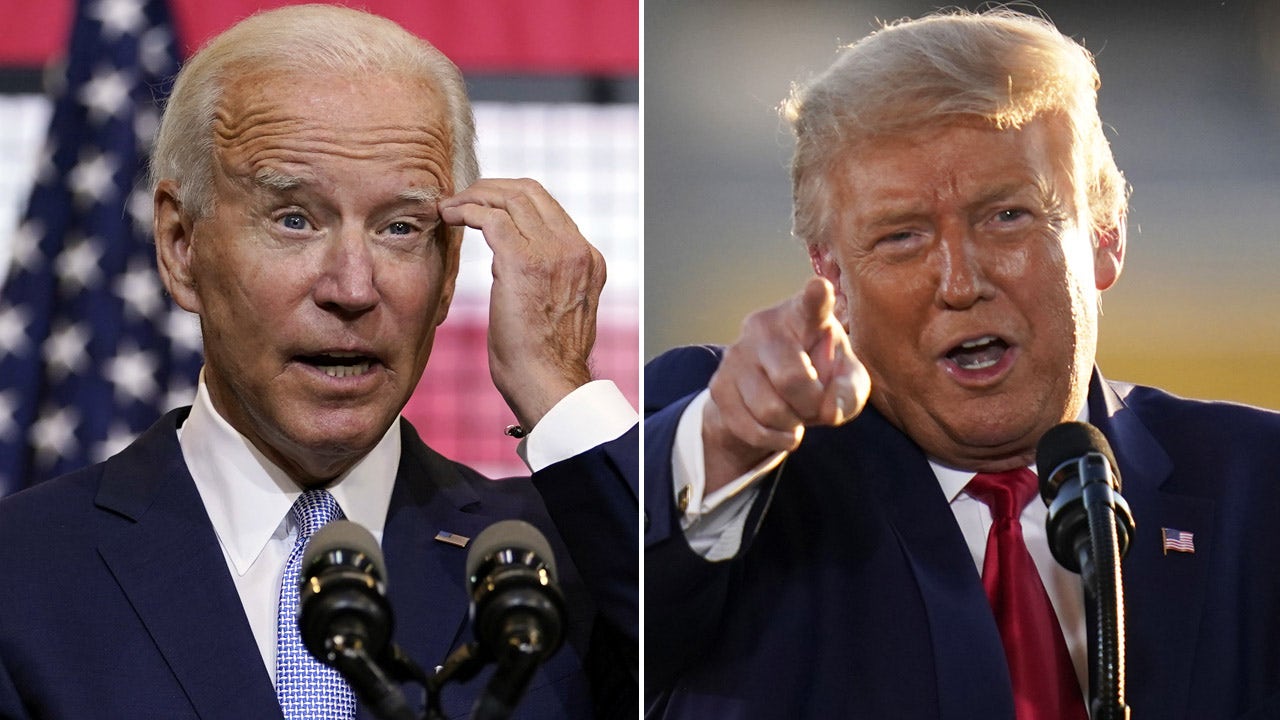 Former President Donald J. Trump told “Hannity” in an exclusive interview Thursday that President Joe Biden’s intensifying Afghanistan crisis is the result of “the dumbest move ever made perhaps in the history of our country”, adding that the Delaware Democrat has surrounded himself with “woke generals” who’ve shifted their priorities from national security to liberal politics.

Trump warned host Sean Hannity that Biden’s “wokeness” and that of his top generals like Joint Chiefs of Staff Chairman Mark Milley are misinterpreting the power and proclivities of the rank and file military members and incoherently shuffling their priorities:

In Afghanistan, Trump said Biden and the commanders sought to withdraw as he had but that they did so in the exact backward order: “They forgot one thing, they forgot to take the people with them and the merchandise with them, meaning they forgot to take the greatest military equipment anywhere in the world with them, and it’s hard to believe, actually, because a child would have understood. You get the military out last. A child would have understood that. How could they have done this to our country?”

That move, he said, constituted one of the worst decisions by a sitting president in United States history, as 13 service members are now dead and Kabul continues in turmoil:

“It’s so sad. It’s probably from the standpoint of military tactics and just embarrassment, the most embarrassing thing that has ever happened to our country; we look like fools all over the world, we are weak, we are pathetic, we are being led by people that have no idea what they are doing,” Trump said.

“They take the military out and then they say now we will bring out the people, then all of a sudden, the Taliban walks in – We had the Taliban so under control they would not have moved without getting our approval. We had an incredible agreement. They weren’t killing our soldiers.”

Trump noted Biden even obliquely referenced his predecessor’s success in that regard, pointing to the portion of the president’s remarks where he acknowledged the Taliban hadn’t killed an American service member in 18 months because of the deal struck in 2020.

“I want to tell you, I think our soldiers, even civilians, I think our soldiers are in tremendous danger. I think airplanes flying in and out of the airport are in tremendous danger. [The Taliban] have the best equipment, best rockets, best tanks and helicopters, Apache helicopters, a lot of them, that are immensely valuable — and by the way, Russia wants them because they want to examine them because we have far superior technology, and China wants them,” Trump warned.

“This is the dumbest thing — I think it was the dumbest move anybody has ever made perhaps in the history of our country, allowing this to happen, taking the military out and then say ‘Oh, we hope to get the people out’.”

Trump criticized CENTCOM Commander Gen. Kenneth “Frank” McKenzie Jr. for remarking Thursday that the U.S. “share[s] a common purpose” with the Taliban in terms of evacuating fully by August 31:

He went on to tell host Sean Hannity that in personal discussions and negotiations with Taliban leader Abdul Baradar, he made clear to the militant that any untoward acts would be met with a tenfold response by the U.S. military – contrasting that stance with Biden’s deferential position.

“We had them totally under control. Every time we saw movement, we’d hit them with an F-18, and the movement stopped,” Trump said.

“But we had very little of that because of Abdul, who I spoke to … Abdul would not let anybody do anything.”

He went on to describe how Baradar likely heard the news Biden was withdrawing with haste earlier this month:

“I can tell you what happened, in my opinion, they went to him and the other leaders and they said ‘the American military is leaving, they are pulling out,’ and he probably looked at the people who said it and said ‘You’ve got to be — there’s no way that’s happening’,” Trump surmised.

“They couldn’t believe it. And then they sent some fighters in and there was zero resistance. Before, they would’ve gotten blown away”

Trump added that his administration led the defeat of ISIS because of “great generals” on the ground – and not what he called “television generals” stateside who make the media rounds.

He added that he would not have allowed the abandonment of the Soviet-era Bagram Air Force base, underlining its strategic location – near Afghan borders with China, Pakistan and Tajikistan and not far from Russia.

Sorgente articolo:
Trump: Biden’s Afghan crisis ‘the dumbest move ever made in US history’ – Fox News