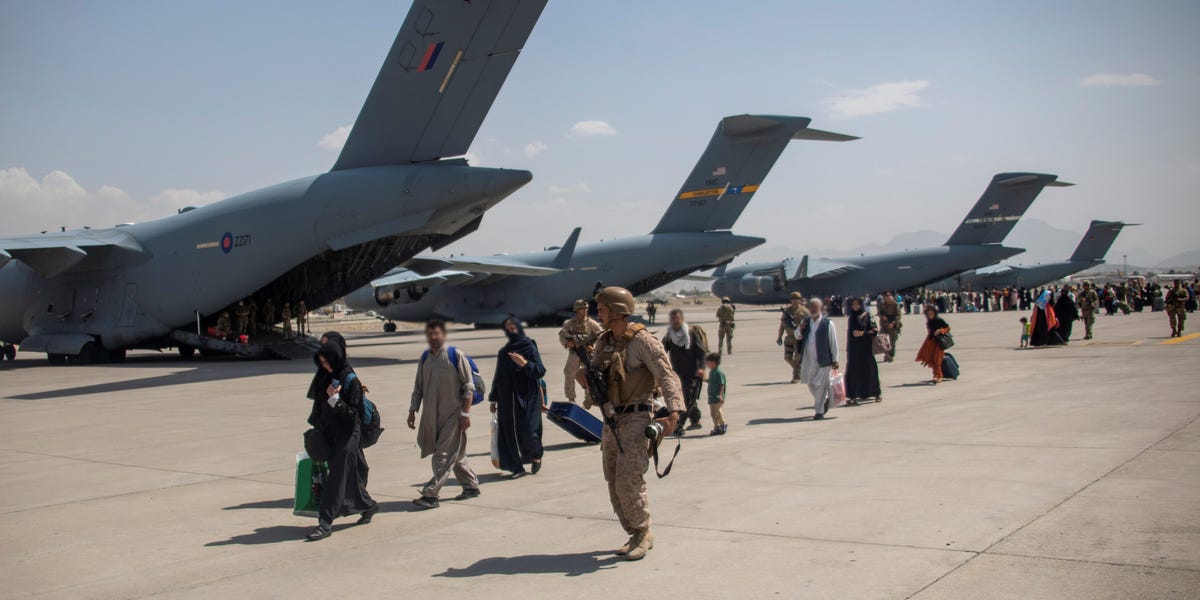 The UK plans to give advice to people it left behind in Afghanistan on how they can access third countries to get to the UK, and on “how they can look after themselves” under Taliban rule for now.

Ben Wallace, the UK’s defense secretary, said on Friday morning that the UK’s evacuation efforts would end in hours, and acknowledged that some people who want to leave would be left there.

He told Sky News that Afghans who helped the UK and now fear Taliban retribution should try to reach other countries and then the UK.

“We will give them advice about how they make their way somewhere, but also how they can look after themselves at the moment,” he said.

He added that the UK would work “with the international community to put pressure on the Taliban to honor the international obligations of Afghanistan, to make sure we give those people as much as possible a safe passage, and we do our very best by them.”

Wallace told LBC on Friday that up to 1,100 Afghans who helped the UK would be left behind, and that there were still around 100 to 150 British nationals still in Afghanistan and “some of those are willingly staying.”

Sorgente articolo:
UK to advise those stuck in Afghanistan how to ‘look after themselves’ – Business Insider