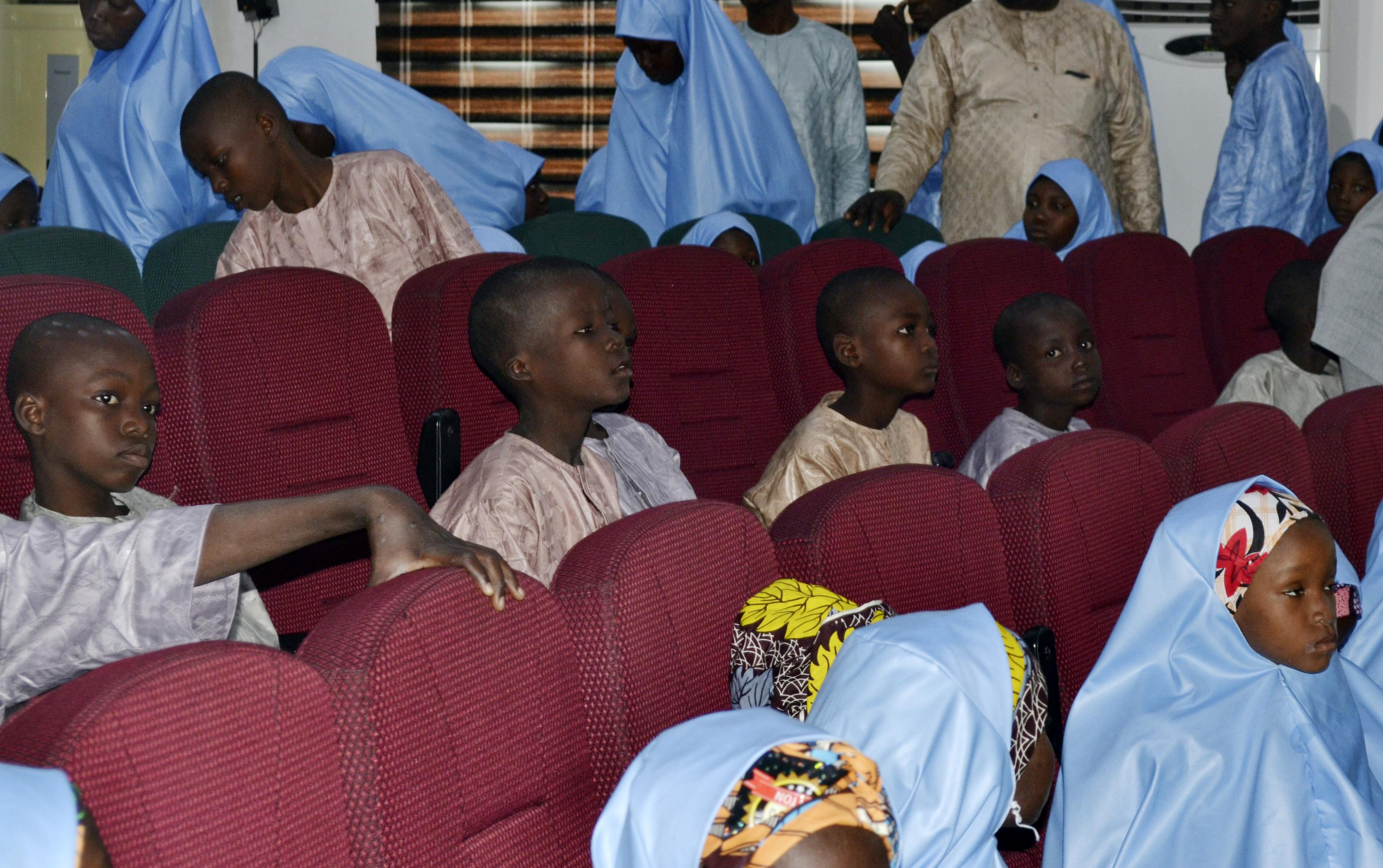 LAGOS, Nigeria (AP) — Authorities in northern Nigeria announced three separate groups of kidnapped students were freed within a 24-hour period, prompting speculation late Friday that large ransoms had been paid to the gunmen blamed for a spate of recent abductions.

Among those now free are some of the youngest children ever taken hostage in Nigeria, a group of 90 pupils who had spent three months in captivity. Hours after those youngsters were brought to the Niger state capital, police in Zamfara state said that 15 older students also had been freed there.

Then late Friday, word came of a third hostage liberation in Kaduna state. Thirty-two more of the students taken from a Baptist high school in early July also had been freed, according to the Rev. Joseph Hayab, chairman of the Kaduna state chapter of the Christian Association of Nigeria.

The wave of releases comes after more than 1,000 students have been kidnapped since December, according to an AP tally. While earlier school abductions had been blamed on Islamic extremists in the northeast, authorities have only said that bandits are behind the latest kidnappings for ransom.

“The happiness can’t be quantified,” said Yahya Aliyu Babangida, 54, a teacher whose two children aged 7 and 17 were among those who had been kidnapped from the Salihu Tanko Islamic School in Tegina in late May.

Gunmen at first kidnappers even the preschoolers, only to leave them behind when they could not keep pace in the nearby forest. Some who spent months in captivity were just 4 years old, and authorities said Friday that one child had died during the ordeal. Several others were undergoing medical treatment after their release late Thursday.

“They are exposed to this harsh weather, no food, mosquitos everywhere,” he said. “Some of them had never been outside the comfort of their homes.”

News of the children’s release was celebrated across Nigeria, where abductions have stepped up pressure on the government to do more to secure educational facilities in remote areas.

But questions remained Friday about how much ransom had been paid to secure the children’s release, and if so whether that could in turn fuel further abductions by the unknown armed groups referred to locally as bandits.

“I spent a lot of money but today, I’m happy,” he told The Associated Press on Friday. He did not specify how much he had paid nor whether government officials had been involved.

The youngsters were later brought to the Niger state capital, Minna, where they underwent medical check-ups and met the governor. Video showed scores of children as young as kindergartners come out of white minibuses, the little girls wearing long blue hijabs known as chadors.

While Nigeria has seen scores of school abductions for ransom, the Niger state kidnappings left people aghast because the children were so young. The ramifications also could be long lasting as parents reconsider whether to send their children to school.

“This has affected the morale and confidence of the people and has even made parents think twice before they send their children to school,” Niger state Gov. Abubakar Sani Bello said of the children’s abduction. “We will do whatever it takes to bring (the kidnappers) to justice.”

As the attacks have mounted across the north, there are also signs they are becoming more violent.

After one kidnapping at a university in Kaduna state earlier this year, gunmen demanded ransoms equivalent to hundreds of thousands of dollars. They killed five students to compel other students’ parents to raise the money and later released 14.

Also Friday, Zamfara state police spokesman Mohammed Shehu said that 15 other students had been handed over to officials on Friday, 11 days after they were abducted from the College of Agriculture and Animal Science in Nigeria’s troubled northwest.

It was not immediately clear how they were rescued, but the students are now being looked after by Zamfara state officials and will soon be reunited with their parents, authorities said.