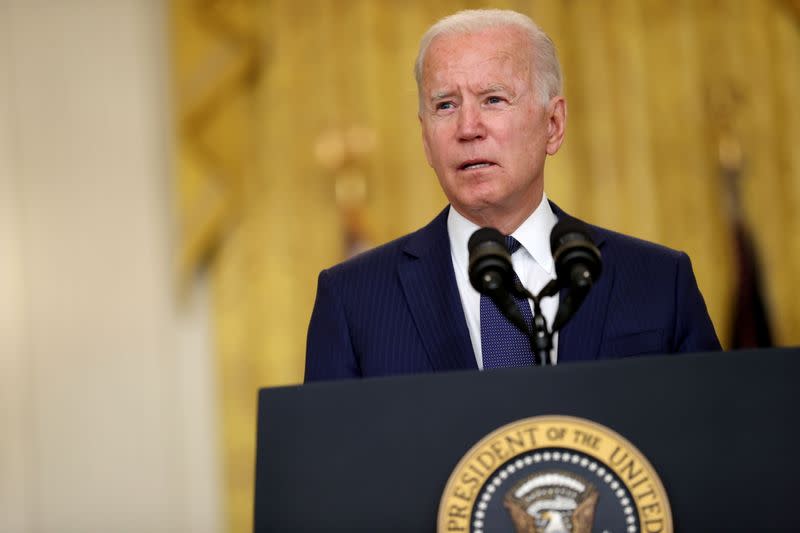 WASHINGTON (Reuters) -Advisers told President Joe Biden on Friday that the next few days of the evacuation mission from Afghanistan will be the most dangerous to date, the White House said on Friday, after an attack in Kabul left scores dead, including 13 U.S. service members.

The warnings came in a Situation Room meeting Biden held with national security, military and diplomatic officials following the Islamic State attack at the airport in the Afghan capital.

Advisers told Biden that another attack in Kabul is likely, even as they prepared plans to strike Islamic State militants in response to the first incident, White House spokeswoman Jen Psaki said in a statement, adding that U.S. commanders told Biden they have the resources they need.

“The next few days of this mission will be the most dangerous period to date,” Psaki said.

U.S. forces on the ground in Afghanistan are on alert for more attacks as evacuation efforts proceed ahead of Biden’s Aug. 31 deadline to withdraw from the country.

(Reporting by Trevor Hunnicutt; additional writing by Susan HeaveyEditing by Will Dunham and Chizu Nomiyama)