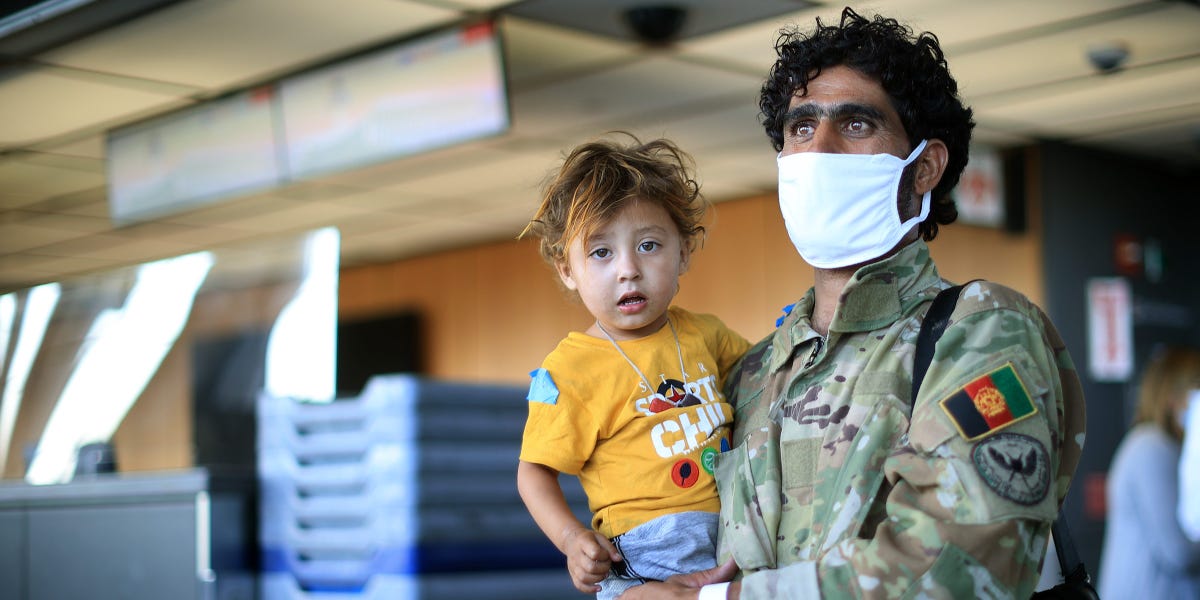 It was not easy to get out of Afghanistan, even before the Taliban took over, with most of the country’s neighbors having closed their borders to prevent an influx of refugees.

After the terrorist attack outside the airport in Kabul, it is only harder.

Indeed, it’s not even clear the US will be evacuating anymore of its former Afghan allies, much less the many others who fear persecution.

But Afghanistan will not be cut off from the rest of the world forever, nor will the crisis there end tomorrow. And there is one thing the White House could do right now that would address one additional hurdle: eliminate the $575 filing fee for those coming from a country where the per capita income is only just over $500.

Paying the fee, of course, does not guarantee an application will be successfully processed. And for large families in the US seeking to sponsor relatives back in Afghanistan, the fees can add up.

In an essay for WHYY, a public radio station in Philadelphia, Cathryn Miller-Wilson, executive director of HIAS Pennsylvania, highlighted example of a family with 22 relatives, “one of whom was executed by the Taliban this week,” who “would need to raise $12,650 within days” just to pay for their applications

Even allowing those people to file at all was a belated victory.

In April, refugee resettlement agencies called on the Biden administration to circumvent the immigration bureaucracy — a backlog of some 17,000 Special Immigrant Visa applications — and allow vulnerable Afghans to apply for “humanitarian parole;” they also called for immediately airlifting them out of the country.

That advice was not heeded until after Kabul fell to the Taliban. It was then that the administration changed tack, allowing at least some Afghans to come to the US on this rarely used “parole.”

As US Citizenship and Immigration Services explains, parole is available to those who face an “urgent humanitarian” situation; it does not provide permanent residency or any other legal immigration status, but does allow those who receive it to escape immediate danger and then apply for asylum once in the US. Although US officials say they will refer parolees to refugee agencies for further assistance, they are not eligible to receive the government benefits as refugees — compounding the financial burden on them and their families.

USCIS does have a process for requesting that the fee be waived, provided one demonstrates financial distress. But it’s not guaranteed, and it’s another bureaucratic hurdle that advocates say is not justified during an emergency.

Anneke Kat, a community engagement specialist at HIAS Pennsylvania, a refugee resettlement agency, said her group is asking USCIS to get rid of it altogether.

“[We’re] asking the administration to waive those fees and remove this really obvious barrier to being able to even engage in the system,” she told Insider.

The White House did not immediately respond to a request for comment.

Have a news tip? Email this reporter: cdavis@insider.com