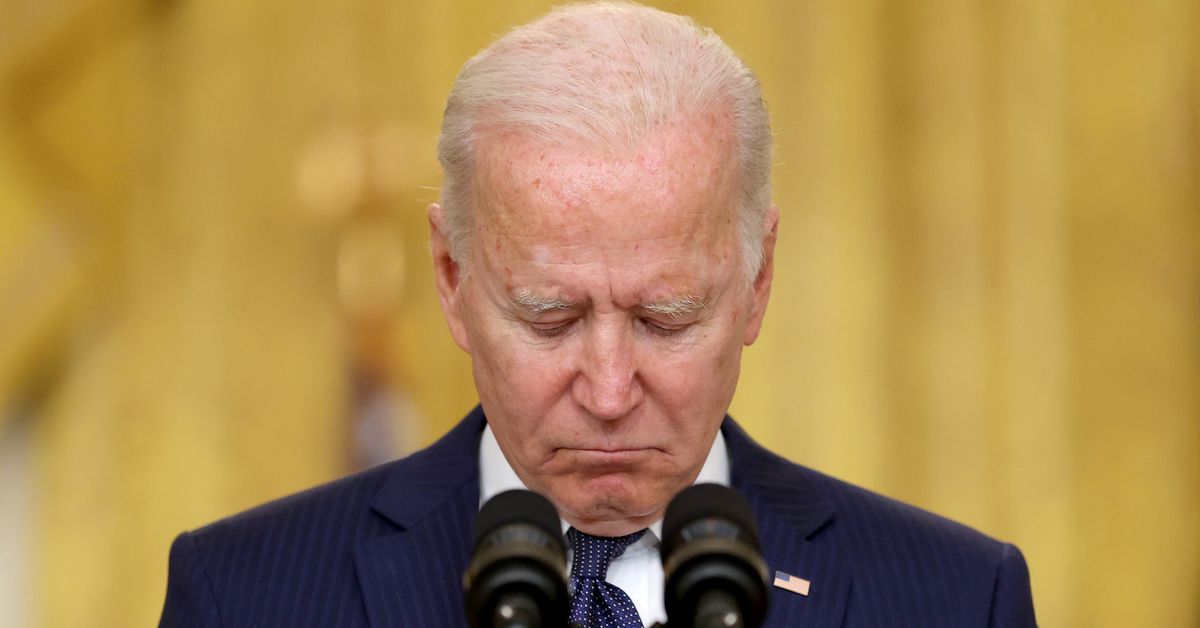 WASHINGTON, Aug 26 (Reuters) – President Joe Biden, his voice breaking with emotion, vowed on Thursday the United States would hunt down those responsible for twin explosions at the Kabul airport in Afghanistan and said he had asked the Pentagon to develop plans to strike back at them.

Biden spoke hours after the blasts killed at least 13 American troops and scores of civilians, the worst day of casualties for U.S. forces there in a decade.

Islamic State Khorasan (ISIS-K), an affiliate of militants who previously battled U.S. forces in Syria and Iraq, claimed responsibility for the attack.

He promised U.S. evacuations would continue.

“We will not be deterred by terrorists, we will not let them stop our mission. We will continue the evacuations,” he said.

Vice President Kamala Harris canceled her plan to campaign for California Democratic Governor Gavin Newsroom, who is facing a recall election on Sept. 14, on her way home from a trip to Asia, and will instead return to Washington, her staff said.

U.S. President Joe Biden reacts during a moment of silence for the dead as he delivers remarks about Afghanistan, from the East Room of the White House in Washington, U.S. August 26, 2021. REUTERS/Jonathan Ernst

White House spokeswoman Jen Psaki told reporters Biden was sticking to his Tuesday pullout target for withdrawing U.S. forces, saying he was doing so on the advice of military advisers concerned about more attacks.

She said Biden was working to get out every American who wanted out by the deadline. “Our commitment to them does not end,” she said.

Biden said he had ordered U.S. military commanders to develop operational plans to strike ISIS-K assets, leadership, and facilities. “We will find ways of our choosing, without large military operations, to get them,” he said.

He appeared to be fighting back tears and his voice cracked with emotion as he talked about the American “heroes” who died. He ordered flags at the White House and public buildings around the country to be lowered to half staff.

The president said he had told the U.S. military: “Whatever they need, if they need additional force, I will grant it.”

Biden defended his handling of his most serious foreign policy crisis, saying ultimately it is his responsibility, while assigning some blame to his predecessor, Republican Donald Trump, for the 2020 agreement Trump negotiated with the Taliban.

He said he did not trust the Taliban but believed it was in the group’s interest to let the evacuations continue.

Psaki said the United States also had “an enormous amount of leverage” – including economic leverage – over the Taliban, which are subject to U.S. and U.N. sanctions.

The Afghan government has also long relied on transfers of dollars from their central bank assets, many of which are held in the United States. An administration official said any such assets would not be made available to the Taliban.

Sorgente articolo:
Biden warns Kabul airport attackers: ‘We will hunt you down’ – Reuters