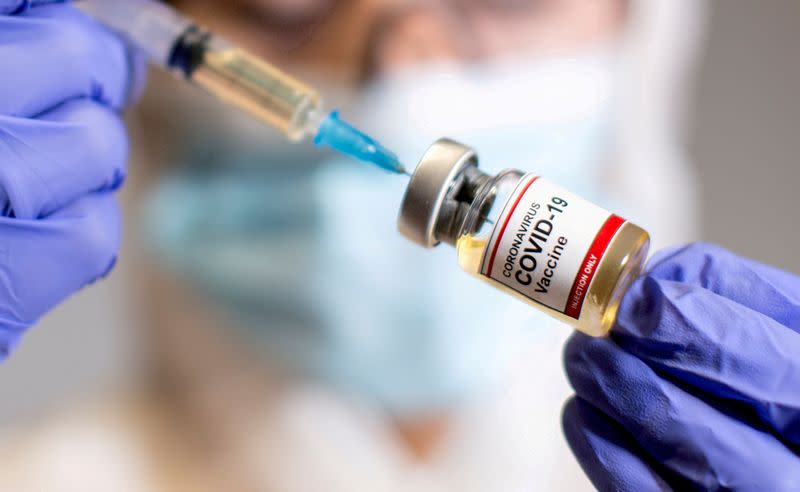 BEIJING (Reuters) -A COVID-19 vaccine developed by a unit of China’s Chongqing Zhifei Biological Products (Zhifei) showed an 81.76% efficacy rate against COVID-19 cases of any degree of severity in a large, late-stage trial, Zhifei said on Friday.

It marks the first efficacy result from large trials Zhifei has disclosed to the public for the ZF2001 vaccine, which was approved for use in China in March.

However, key details have yet to be provided to allow further review of the data’s robustness.

The efficacy readings came from a Phase III clinical trial that recruited 28,500 participants in China, Uzbekistan, Indonesia, Pakistan and Ecuador, Zhifei said in a filing.

By the date of analysis, the trial recorded 221 COVID-19 patients among participants who completed three doses of either the vaccine or placebo, Zhifei said, without providing details on the cases.

The vaccine showed a 100% efficacy rate against severe cases and death in the trial, according to the filing, which does not specify the number of deaths or severe cases observed in the trial.

Zhifei said preliminary analysis showed the shot was 77.54% effective against the highly transmissible delta variant. It did not specify how many cases in the trial contracted the variant.